It’s not easy to be 6 years old and already this cool.

Quincy Symonds is a sponsored surfer and skateboarder despite only being 18 months into each sport. Her talent is made all the more impressive by the fact that she is battling a genetic condition known as congenital adrenal hyperplasia.

As a result, Quincy is steroid dependent. She requires medication three times a day and needs intensive medial treatment if she gets sick. Luckily, her condition is treatable, and it hasn’t stopped the young Australian from shredding both the waves and concrete with the best of them.

“She has no fear,” Quincy’s coach, Anthony Pope, told ABC Open. “And she just doesn’t fall off. She has incredible balance and her ability to judge the conditions and adjust is at a level I’ve never seen in someone her age.”

Quincy, who’s nickname is “The Flying Squirrel,” began surfing when she was 4; she noticed her father, Jake, surfing regularly and decided to join him. Not long after, she took up skateboarding so she’d have something to do on days when the waters were too rough. 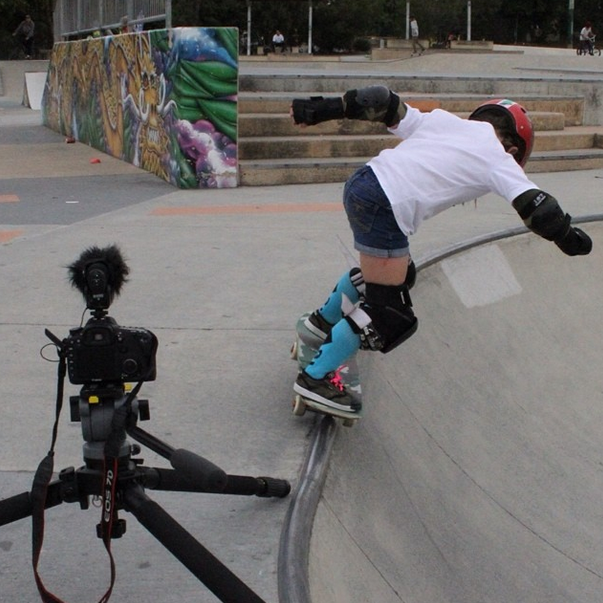 “Sometimes I pick one, but it’s a lie, I love them both the same,” she told Global Coast Bulletin in regards to the two sports. She says when she grows up she wants to be a professional surfer and skater.

Already the young shredder’s career is getting people’s attention. In addition to sponsors, she has a sizeable following on Instagram. Her trainer has no problem calling her the best 6-year-old surfer in the world.

“It just doesn’t make sense to me, how she’s able to do what she does,” Jake Symonds told ABC Open. “I’m amazed by it. I’m really proud of it but, to be honest, I can’t comprehend how she does it.”

You can check out some of Quincy’s moves in the video below.