Andrew Banar has four words to say to you: Be strong, rock on.

It’s been his mantra since he began saving up for college. The 22-year-old, who has Down syndrome, decided he wanted to further his education after hearing his cousin talk about life after high school. Banar originally planned to run a lemonade stand, but his mom, Karen Pickle, had another idea after noticing a rock n’ roll-themed doodle her son had drawn. She suggested he take his art and love of music and create a T-shirt design. Just like that, Group Hug Apparel was born.

The design now graces men’s, women’s and children’s shirts, as well as hoodies, tote bags and aprons. Products are sold online and in retail stores throughout Canada. A portion of proceeds are donated to charities listed on Group Hug Apparel’s website. Together, Banar and his mom travel to festivals, charity events and hospitals to sell the clothes.

“I’m going to take care of sick kids,” Banar says in the video below. “It’s important to help people.” 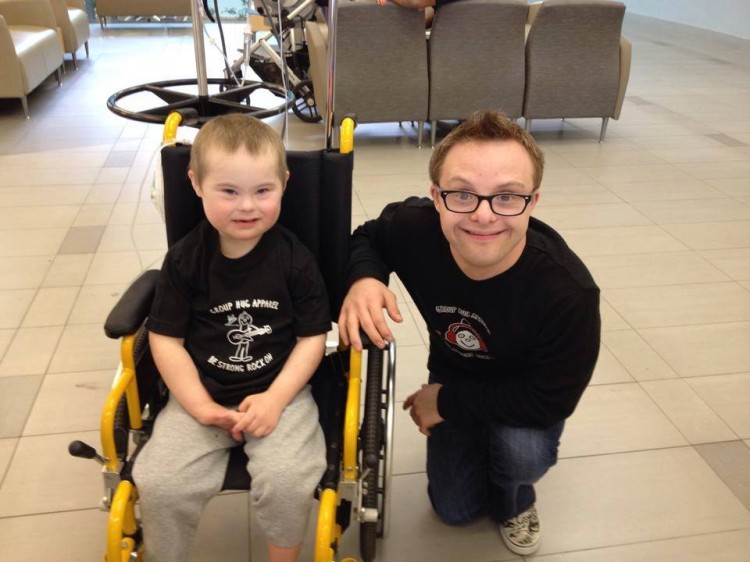 Meet Banar and his mom in the touching video below: