Tragedy couldn’t stop this couple from getting married the way they always wanted.

Larry Ragsdale and Kelcie Yeoman have been best friends since grade school. They were high school sweethearts in Grants Pass, Oregon, where Ragsdale was a football and track star, featured on Sports Illustrated’s “Faces in the Crowd” list. Yeoman, who was the student body vice president, cheered him on every step of the way.

The two encountered their first tragedy in 2007 when Yeoman’s mother, Anita, was killed in a car accident.

“Larry was just kind of holding me and crying,” Yeoman told ABC News. “He told my mommy, he said, ‘I promised her that day that I would take care of you forever.’”

In 2010, Ragsdale was ready to make good on that promise. He asked Yeoman’s father for permission to marry the love of his life. He planned to pop the question three days later, with her family there, on a trip to Disneyland.

But before the trip happened, he was in a head-on collision with an alleged drunk driver, according to The Corvallis Gazzette-Times. Yeoman, following behind in another car, was the first on the scene to find her boyfriend unresponsive. After being in a coma for months, he woke up with severe brain damage, unable to walk like normal, reports People Magazine.

Yeoman never lost hope in the idea of a full recovery. She even got a job working at the same hospital that Ragsdale was undergoing rehabilitation so she could always be by his side.

It took three difficult years, but in 2013 Ragsdale could finally to ask the question he’d been saving. Yoeman’s sister captured the heartwarming moment on a video (below). She posted it to the fundraising page she set up to raise money for a wedding in Disneyland.

“He didn’t get the chance to propose to her the way he had intended to, but we now have the chance to give this amazing couple the wedding and honeymoon of their dreams at their favorite place on earth,” McKenzie Yeoman wrote on the IndieGoGo page.

Not only did the page exceed its goal, but ABC News and Disney Fairy Tales Wedding and Honeymoons recently gave the couple a five-night honeymoon at the Disneyland resort in California. That moment was also captured on camera. 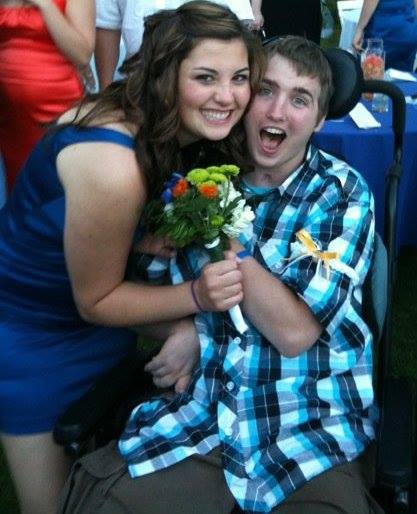 The couple will use any excess money from their fundraising campaign to help pay for Ragsdale’s continued medical treatments.

Share
or  Copy Link
Link copied to clipboard.
Be first
114 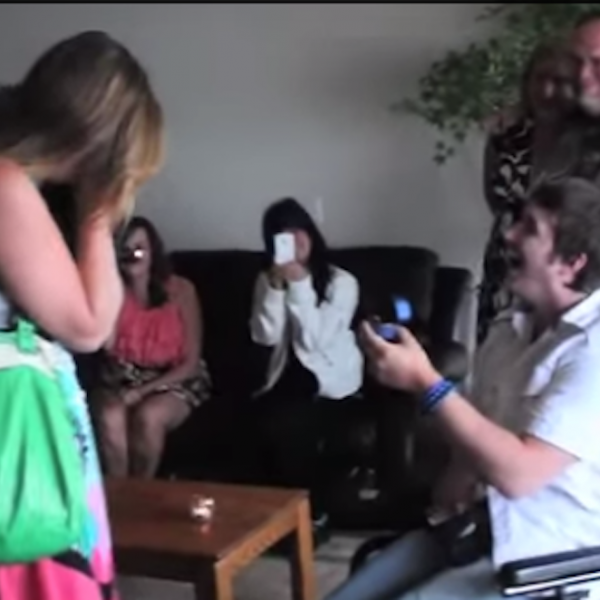