Thanks to the kindness and donations of strangers, a mother of five battling terminal cancer is getting the wedding she always wanted.

Four years ago, Megan Wolfe, 28, met the man of her dreams in a doctor’s office in Saskatoon, Canada. Josh Melnyk, 32, was there to pick up an inhaler but couldn’t leave without talking to Wolfe first, according to The Edmonton Journal.

“I’ll never forget that moment,” Wolfe told the paper. “Josh was identical to my dream man. I was sitting in this crowded waiting room and people were talking around me, and the only one I could see is him.”

Today, the couple has a set of twins together, as well as three other children from previous relationships. Unfortunately, their love story was interrupted when Wolfe was diagnosed with terminal stomach cancer. Her doctors say she has approximately one year left to live.

Melnyk had to stop working his construction job to take care of Wolfe and their children, putting a strain on their finances and making a wedding almost out of the question. So their family members rallied to start a fundraising effort to give Wolfe a beautiful wedding.

“The dream is to get married and create memories to last a life time. We are looking to get enough funds together to have a small wedding ceremony with close family and get pictures the kids will treasure forever,” Melnyk’s cousin, Shantell Scragg, wrote on the couple’s GoFundMe page.

The fundraising effort got the attention of a man named Ben Block, according to The Huffington Post Canada. Block is launching a website called GozAround that will be dedicated to volunteer and community service. As its first act of kindness, its begun raising dozens of donations from local businesses to help make Wolfe’s dream day a reality.

Thanks to all this, Wolfe and Melnyk will be getting married on Wednesday, August 20, at a small ceremony where their children can see them wed.

“I don’t want the children to remember Megan in a hospital bed,” Scragg told The Edmonton Journal. “I want them to remember her as a princess on her wedding day.”

Share
or  Copy Link
Link copied to clipboard.
Be first
49 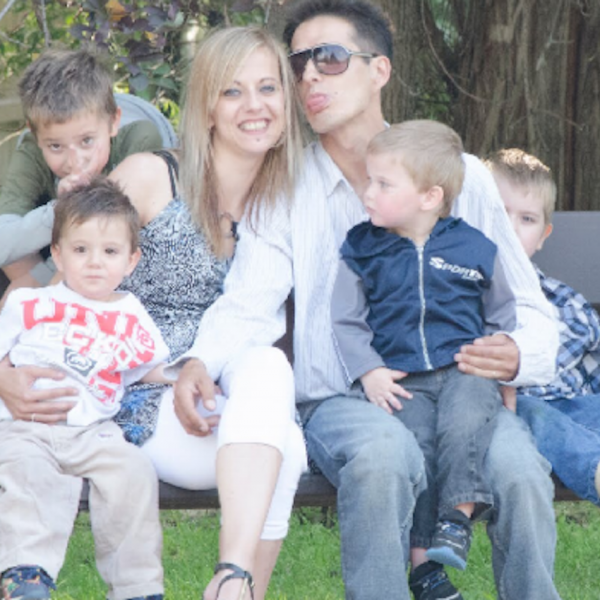