I was sitting there in my beach chair, toes dipped in the water on the edge of the lake, watching my boy splash and play in the water, when a memory from my childhood filled my mind and brought tears to my eyes. The previous hours had been oddly exhausting, and I found myself praising the stamina of the lifeguards, as I was worn out from simply scanning the water for Corrigan’s head. See, the swimming part of the lake isn’t that deep at all; he could walk at least three-fourths of the way out to the ropes, and his head would still be above water, but he seeks the sensory pleasure of water up and over his ears and loves the feeling of weightlessness that water brings, so he spends the majority of his time with just his little face peeking out of the water. It would be much easier if I could watch for brightly colored swim trunks or the flash of his ghost-like pale torso that sets him apart from the other more-tanned children around him, but he finds peace and joy just under the surface. Basically, he always looks like he might be in distress in the water but never is.

He was 20 feet away from me and working on his full-body back float when he slipped fully underneath the surface. I wasn’t worried for his safety, the water was barely a foot and a half deep, and he was sitting on his butt, but I was concerned for his reaction. However, he popped back up, sputtered a second and went straight back to his play. I yelled out to him, “Good job, Corrigan! I saw you went underneath like a swimmer does!” and because he is an approval-seeker, he immediately tried to go under again, though in his deliberate attempt, unlike the accidental one from before, he only went under to his eyes, but boy, he was sure proud of himself.

I quickly realized that I had gone from being able to see most of his head/face above water, to now having a child bobbing above and below the water, so in my cheering him on for a swimming milestone, I had made my job as “parental lifeguard” that much more difficult. It was then, toes in the water, that the memory came rushing into my mind.

I grew up on this lake, in fact in the above photo, taken some 38 years ago, my Daddy and I are in almost the exact spot that I was with the boys yesterday, only I was sitting on the shoreline. I swam in those waters every week of every summer for as long as I can remember. I learned about tadpoles and went on children’s adventures with park rangers. I learned to fly fish( I didn’t really, but I sat through the class!) and canoe here. I spent countless days on the campground side as well, making pitchers of Kool-Aid with my sister at the Loop hand pump and screaming about the enormous spiders (and lack of dry toilet paper) in those old, wooden bath houses.  I learned to identify indigenous creatures by their excrement and how to press leaves and flowers.

The memory of that day came rushing back, brief but clear. We had been swimming on the campground side of the lake when lifeguards and rangers came to the waters edge. “EVACUATE IMMEDIATELY,” they yelled; I believe one had a bullhorn. We all got out of the water and the rangers asked for the men to please come forward. Curious, the children sat on the grass, far back from the sand, anxious to return to their game of Marco Polo or pretending to be synchronized swimmers (I had one move, handstand underneath the water — point those toes!).  After a brief, unheard conversation, the men quietly and solemnly entered the water at one end of the roped off beach. Lining up perpendicular to the beach, each man worked his way out into the water, tallest to shortest. And then, they then linked their arms together and slowly began walking.  Lifeguard, rangers in full clothing and dads used their legs to comb the bottom of the lake.

They were looking for a drowned child.

I don’t remember if someone said it out loud or even if we children understood exactly what we were seeing. Shortly after the men began their grim task, my mom was suddenly behind us and took my sister and me away. I was young, I would guess maybe 10 at the oldest, and it was a self-centered time for me. I don’t recall the ending to this memory, I don’t even remember if my parents were particularly sad that evening around the campfire, which might indicate something tragic had truly occurred or if the water comb was just a precaution. But I remember the looks on the faces of the men as they broke apart from the huddle with the ranger before they went into the water. They were likely all fathers. They were all likely terrified. Their day had gone from pleasant family fun to every parent’s worst nightmare, all in an instant. 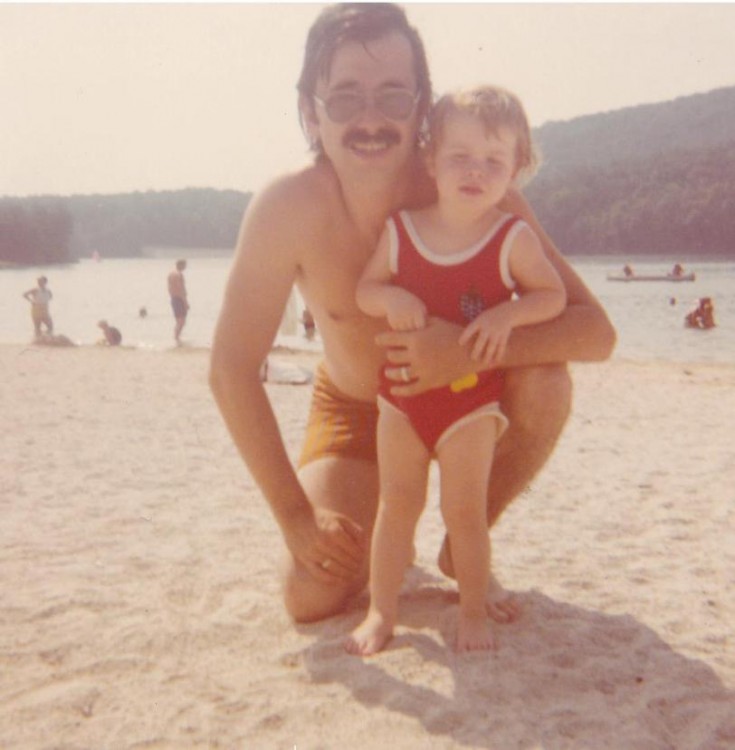 This is how it feels to live with a life-threatening health situation as fickle and fast as citrullinemia. One day you are chugging along, enjoying the day and feeling great that it’s been so long since your little one was in a helicopter or ambulance, just getting on with life, when suddenly everything changes. One minute you’re sitting there eating a sun-warmed peanut butter and jelly sandwich and the next you are sitting in an emergency room praying for a good outcome while an IV pump fills your child’s veins with rescue drugs. Your beautiful day could turn tragic in just a few hours.

Mark and I, we link our arms and wade into each crisis, with fear etched onto our faces and hoping that each trip to the ER is just a precaution, not a tragedy. We spend our lives praying that he doesn’t drown from this, that with enough vigilance and caution, with the lifeguard of scavenger drugs, we can keep his head above water. We’ve been told, and his own medical history has shown, that he is an excellent “swimmer.” We are so thankful for that.

It’s been 8 months since Corrigan last had an issue with his disorder. He has had some wonderful stretches, a glorious two-year period of perfect health and then after a few glitches, he had another full year (plus one day) of perfect stability too. There comes a time, during each stretch of awesome hospital-free living, that my anxiety ramps up again. For me, it is usually around the six-month mark, but it’s running a little later this time, perhaps a testament to my faith in the lifeguards. Right around this time I start thinking things like, “He is due for another crisis” as if his good-fortune is time-sensitive. Like there is an octopus in the lake waiting to pull him under, but no amount of anxiety can make lake-monsters appear.

We know how fortunate we are that our boy is doing so well that, for now at least, we can enjoy our time at the lake. The older he gets, the stronger he is against whatever might pull him under. Right now, his head is still above the surface.

For now, we can call off the rangers.

Share
or  Copy Link
Link copied to clipboard.
Be first
157