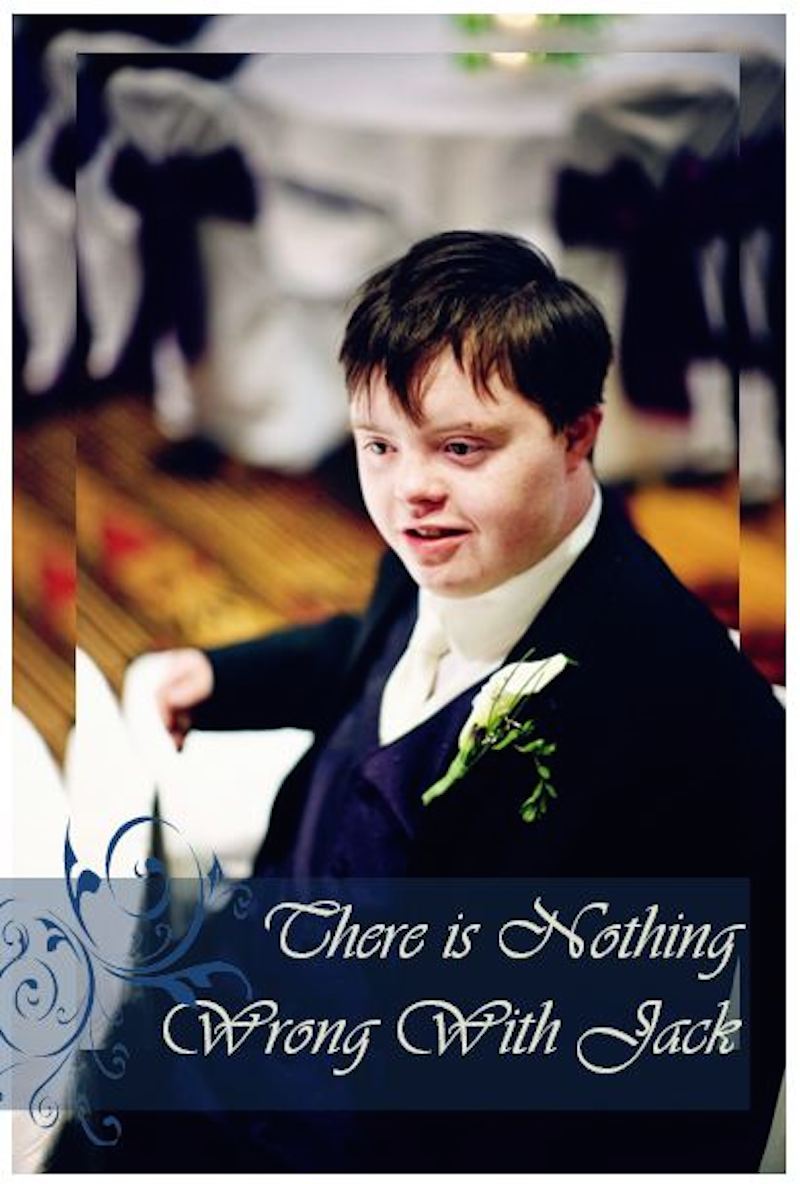 Down syndrome doesn’t mean something’s wrong. My son, Jack, is now 18. We adopted him when he was just a month old. As with a large percentage of other children born with Down syndrome, Jack needed open-heart surgery as a baby. After recovering from that event, our son has never slowed down.

Most times Jack’s brain functions the way you would suspect it to. However, there are moments when he is extremely lucid, and a brilliant flash breaks through. One of those times happened when Jack was about 5. My wife, Amy, had spent a significant amount of time over two days practicing a single piece on the piano. On the second day, after finishing, she stood up from the bench to walk away. As she began to leave the room, Jack walked over to the piano and plinked out the first five notes of the melody in perfect timing. Then he walked away. Shocked, Amy rushed back and tried to get our son to repeat what he had done. Try as she might, he could never do it again. But for a split second, a brilliant mind peeked out, then re-hid itself behind his condition.

How do you explain to your son that Down syndrome doesn’t mean something’s wrong?

Amy became wide awake. How do you answer a question like that? “Oh. You mean why it is hard for you to learn? Do you mean what happened to your brain?”

“Yes,” he responded. “What happened to Jack?”

How do you explain to your son that Down syndrome doesn’t mean something’s wrong?

At that moment the inspiration came. Jack’s mother took him into the other room, sat down with him on the couch and put her arm around him. Amy told our son that nothing happened to him. She told him that God makes everyone a little bit different from everyone else and that he makes everybody so they are good at some things and not quite as good at others. She told our son that God had made it easy for him to love people and that he was better at loving people than almost anybody else she knew. “Sure it’s hard for you to learn,” she told him, “but that was no accident. Nobody hurt you. You didn’t get sick. Nothing happened. Down syndrome doesn’t mean something’s wrong. God made it hard for you to learn, but he made it easier for you to love. And that is a much more important job. Your job is to love people and you are the best person I know for that job.”

That was all Jack needed to hear. He had learned that Down syndrome doesn’t mean something’s wrong. Nothing was wrong with him. He had a job to do, and he did it well.

I have a friend who has a daughter with Down syndrome, and he is infuriated every time he hears the “R” word. “They say ‘retarded’ like there’s something wrong with the person who has the disability!” he says. “Down syndrome doesn’t mean something’s wrong. There’s nothing wrong with them! They aren’t deficient or defective! And when people use that term derogatively in reference to someone else, comparing an idiot to my near-perfect daughter…”

You can understand his point of view. But to all those who don’t have the opportunity of having people like this in their life, to all of those who don’t have any clue how amazing it is, my friend and I would like you to know that there is nothing wrong with Jack. He’s as perfect in what he is supposed to be as anyone could ever be. He has taught me some of the most awesome life lessons I have ever learned. The day we all learn to appreciate life as much as these rare persons with bonus chromosomes do, we’ll understand that Down syndrome doesn’t mean something’s wrong. Then the world will be a better place.