Author note: The following was a conversation I was lucky to be privy to between my two sons over the course of about 20 minutes. I’ve omitted several things for privacy and cleaned up others, while trying to keep the language as close to the original conversation as possible. I received both sons’ permissions before publishing this.

The question was asked as the boys finished dinner, and I sat away from them, reading a book. I marked my place and quietly listened.

“Well,” Morgan said, “it’s confusing. You know I’m an autism kid. Noises are big. Clothes have to be soft. Smells are hard.”

He went back to eating, apparently satisfied with his answers.

“But, Morgan, what’s it like? Why is it confusing to be you?”

Morgan took a deep breath, pondered this question some and then said, haltingly, “People think I don’t listen, but I do. Teacher always says, ‘Pay attention, sweet boy!’ but I am paying attention. It’s hard. I pay attention to everything, all at the same time. I can’t pay attention to just one thing… I can’t always use my words. There are all of these sounds and thinks [thoughts] and I can’t just pick one. Can you?”

I sat, stunned. Morgan’s never talked to his father or me like this. We’ve never been able to get him to talk to us like this.

“Morgan,” his brother started, “why do you script? Why do you use Thomas so much and love him so much?”

“I just do. The stories are in my head, ’cause I’m a narrator. I love Thomas; he’s my friend. He’s a very useful, cheeky engine.”

“But you know, other kids don’t like him as much, right? I mean, aren’t you worried about bullies? Why do you talk like that [meaning nasally quality/monotone and scripting]?”

“I don’t care if they don’t like him. Mama says he’s mine to love. Mama and Daddy say bullies just don’t get hugged enough. I told you, I talk like this ’cause Jesus made me this way. Now, stop being a bossy boiler or this conversation is over!” [Note the script]

Me: “Morgan, is there anything that’s really hard for you?”

“Yeah, people when they give me too many directions. That’s hard.” Having my own struggles with this, I agreed with him. “Going new places used to be bad, but sometimes it’s fun now. But not too much. Rounding [numbers]. Noise. Making people understand me.”

“Yep, but they’re not so bad now. The hairs still feel like poking on my skin, and I’m scared my ears’ll be chopped off.”

“Mama won’t cut your ears off–”

“But I feel the scissors coming in! My brain tells me my ears are in danger and I need to yell!”

“What would you make people understand?”

“I need to chuff [when he makes train noises and moves his arms in a circular motion, bent at the elbow]). I’m a good boy and really useful. Don’t talk about me in front of me. Kids shouldn’t make fun, the grownups, either. It’s mean. People should understand people.”

I started tearing up.

“It’s big like a cave. It full of noise and echoes. I don’t like the gym. It’s confusing and fussy. Everyone is very busy all of the time and when you’re not busy, they give you more work. It’s all work, work, work. Mrs. C’s room is great. That’s where I go for sensory breaks. I have the bean bags, the stimmy toys, all of that. It’s quiet in there, I can tell train stories. Have you heard of the [slips into a Scottish accent] twins, Donald and Douglas?”

“How come you don’t have friends come over?”

“Because this is my home. I have school friends. They’re at school.”

“Don’t you want to play with other kids at home? Other than me?”

“Sometimes. It’s not important to me. I like you, Bay. Any other questions?”

“Well, Bailey, I’m an autism kid. I don’t know how to not be one. I like being me, even the hard parts.” 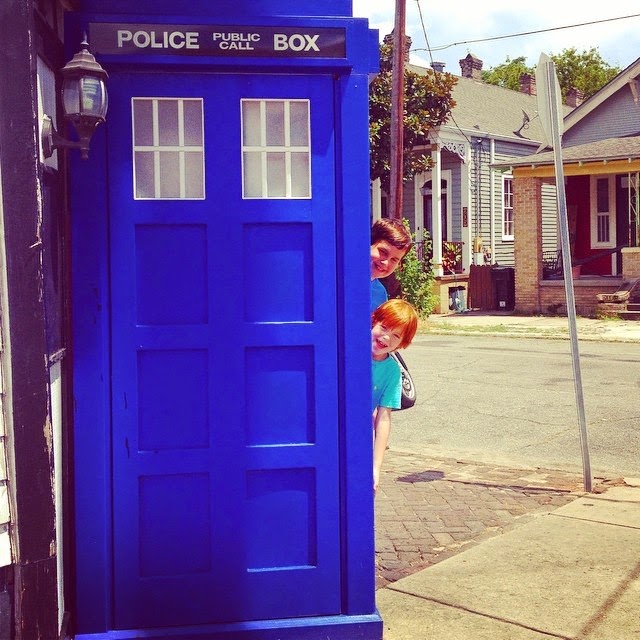