These Are the Milestones I Need To Be Celebrating

My daughter, Bridget, lost her first tooth the other day. I don’t know when it happened. I didn’t even know she had a loose tooth. Had I not been brushing her teeth for bedtime the milestone would have gone unnoticed.

I put her to bed like normal. No mention of the missing tooth or the Tooth Fairy.

It hit me, afterwards, that this was the first milestone Bridget has hit on schedule. She even did it similar to her sister, Abby, who swallowed her first tooth at age 5 and then left a note for the Tooth Fairy to “magic it out of her belly.” Yet with Bridget, we didn’t even acknowledge it. Parents of the Year for sure. There was no Tooth Fairy (Bridget wouldn’t understand). There was no celebration (Bridget didn’t even realize she lost a tooth). It was just brush her teeth and put her to bed. We didn’t even let Abby know, as we didn’t want to have the discussion as to why the Tooth Fairy didn’t visit her sister. Milestone not met.

Who does that? Well, me. On the upside I didn’t have to wake up at 3:30 this morning in a panic because I forgot to take the tooth, leave money and find a note to the Tooth Fairy that demanded a response.

It’s seriously the best thing about being Bridget’s mom as opposed to being Abby’s.

Bridget: No math homework every day, no moving the freaking elf at 2 a.m., no worrying about Halloween costumes, no playdates with moms I don’t know and no worrying about her finding out the truth about Santa.

With Abby it’s all about the imagination. In a testament to nature over nurture, Abby has always been the child to play for hours (by herself) making up lands and stories. Playing with baby dolls and creating fairy houses. As she gets older she transitioned to ponies and Barbies. To this day she will play for days in her room making up stories for her dolls (however not when her friends are around). I swear when she has her own children I’m going to have to break in to play Santa because she will still believe. Abby’s imagination astounds me, it’s so fluid and vivid.

Bridget doesn’t have an imagination. Recently Bridget has become obsessed with Princesses — another milestone.

She found Abby’s old plastic castle and brought it into her room, where she tells everyone to “ome ere” and “ook.” But she doesn’t play with it. She holds her Punzel (any Barbie that has blonde hair) doll she stole (milestone!) from Abby’s room, but she doesn’t play with it. Abby has tried to pretend play. She imported other less-important Barbie dolls to Bridget’s room to get Bridget to play with the castle. Bridget doesn’t understand. She is trying, you can see both girls trying. Yet the skill set — that innate sense of play and pretend that Abby was born with Bridget was not. Milestone not met.

Bridget’s school is trying to spark that imagination, having other children model for her, which is awesome but heartbreaking at the same time. Bridget would rather observe than participate.  I never knew a child wouldn’t know how to play. Milestone not met. I never knew that even in this area of her life, she would struggle. With continued modeling of play behavior I see Bridget interacting more with her peers. She wants to participate now (milestone) and she is approaching children who are playing (milestone).

I remind myself that, as with everything else, Bridget will accomplish milestones.

Some on the pediatric-manual schedule and some on Bridget’s. 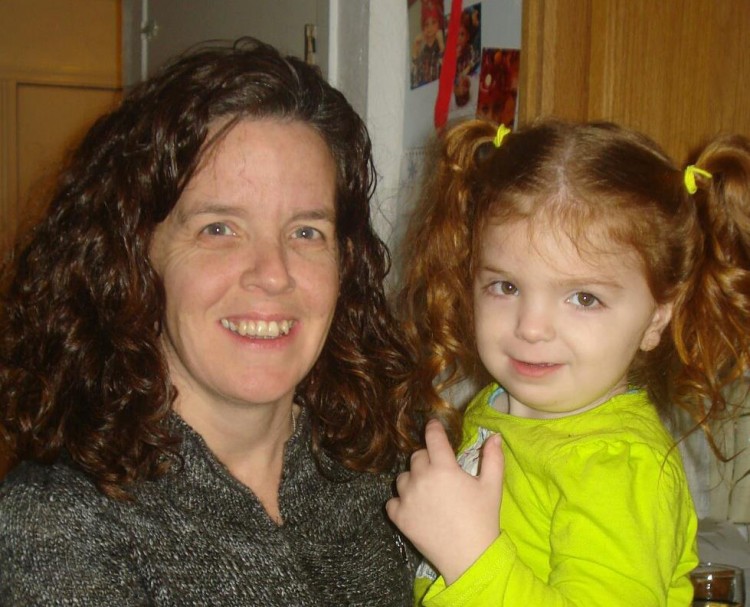