As an aspiring special education teacher, I wanted to learn how to interact with kids with more profound developmental disabilities. I found KEEN, a nonprofit that pairs volunteers with special needs participants (kids and young adults) in a time of free play. I started two weeks ago; and as it turns out, there wasn’t much to learn at all — though there was much to unlearn.

My buddy, Charles, is a 26-year-old African American male. Because of his intellectual disability, he behaves like a 4-year-old and would often repeat himself. His favorite lines are, “How you doing?” and “What color is this?” Charles is also incredibly friendly and shakes hands with anyone he meets. Sometimes, he would pick up your hand and sniff it (it’s his way of showing affection), which tends to startle people meeting him for the first time. He loves shooting hoops, which I happen to be terrible at — that thankfully doesn’t bother him.

When I first met Charles, I was keenly aware that under normal circumstances, we would be unlikely friends. Charles and I have close to nothing in common — not gender, not race, not age, not occupation, not skills, not interests. But it quickly became so clear to me that we have one very important thing in common — we’re both God’s children.

There’s unparalleled beauty in simple interactions. When I talk to Charles and other participants at KEEN, there’s absolutely no pretense. There’s no need to be smart or witty or funny or interesting. No judgment, no expectations. Simply put, these are interactions in the purest form. No one’s trying to impress anybody, and no one’s trying to gain anything from anybody. I felt freedom.

Occasionally, I take a step back to just marvel at what’s going on in this basketball court, and I realize that this is an oasis in a clockwork society that expects so much of every individual. 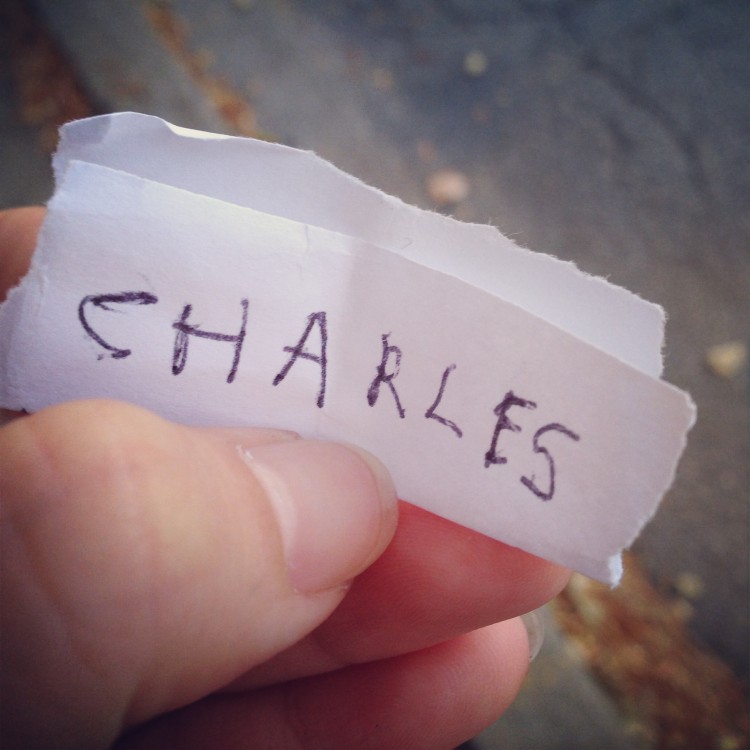 One time, Charles wanted to take a walk outside of the basketball court, so I took his hand and we ventured out for five minutes, during which we ran into a few college students. Charles being Charles, promptly walked up to them and asked for all their names, before shaking and sniffing their hands. I was enraged by the grimaces and general discomfort plastered all over their faces. That was the moment I realized the extent to which we’ve created a society so hostile to those who are different. It’s no surprise that we’re seeing more and more “wrongful birth” lawsuits filed by parents who declare they would have aborted their baby if they’d known he/she would be different. And then we have the likes of Richard Dawkins who’d go so far as to say that “immoral” not to abort unborn babies with Down Syndrome.

I, too, am guilty of perpetuating an elitist, ableist world. For four years, I immersed myself in the intellectual bubble that is the University of Chicago. There, I learned life-changing critical thinking skills that I’m incredibly thankful for. Unfortunately, it also instilled in me a poisonous pride in my ability to engage in intellectual conversations and hence a preference for a certain type of interaction. It took a major bout of depression that robbed me of many of my cognitive abilities for me to be humbled once more.

I love the work organizations like KEEN does, but it saddens me that we actually need to recruit volunteers to fulfill social and emotional needs that wonderful people like Charles are often deprived of.

I encourage you to try spending some time with people like Charles. They will always teach and remind us about what it means to be fellow human beings, and it will be good for our souls.

Share
or  Copy Link
Link copied to clipboard.
Be first
637