Everyone on the Bus Thought My Son With Autism Was Being Rude. Then, He Did This.

My youngest son sat in a seat on the crowded Greyhound bus. We were traveling as a group of three, two of us found seats together while he sat alone with a stranger. I kept asking if he wanted to sit with his brother. He stared at me, not speaking.

As we traveled, I asked if he was hungry; he gave an almost invisible shake of his head. I asked if he needed anything; he looked at me and shrugged.

Everyone stared, and I could hear the odd whispers. He should at least answer, they claimed. Kids these days, they mumbled.

I know more than they do. He’s uncomfortable in crowds, nervous about the trip, handling things well. He sat quietly the whole way and barely saying a word.

We were waiting for our next bus, a transfer in Dallas, when a gentleman asked for our attention and admitted he was humbling himself before the crowd. He needed $18 to make it home for Christmas. He understood we were all struggling, but could we spare some change? A dollar?

As I reached for my dollar, my youngest son pulled out the money he’s been saving for weeks — money for snacks on the trip and gifts for his brothers when we reached California.

Quietly he gave the gentleman $20. He got him home for Christmas.

One of the whispering women from the previous bus saw the sneaky transaction and came over to hug him. She said to me,”You are raising a wonderful son, Mamma. He was so quiet on the other bus, I didn’t know…”

We wished each other a very Merry Christmas and boarded our separate buses. 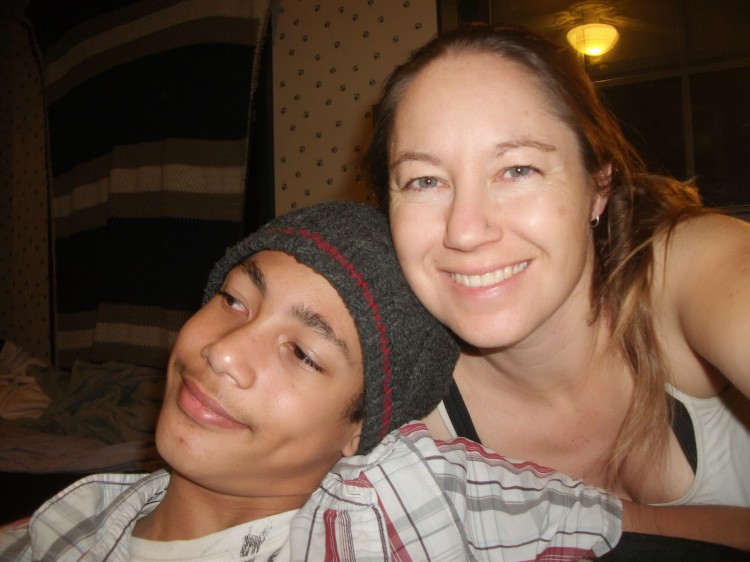 This post originally appeared on Autism Answers With Tsara Shelton.