The Moment We Finally Got the Diagnosis, I Did Something Unexpected 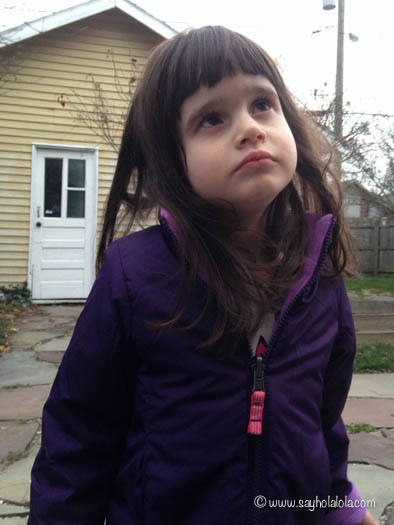 When I first received the call from neurology informing me a diagnosis had been found, I was elated. I quickly called my husband and my mom, sent out texts and posted on Facebook and Instagram. I was ecstatic. We finally knew what exactly we were up against. The main symptoms were optic atrophy (Lola has CVI and small optic nerves) and intellectual disability. We’d have to keep an eye on her kidney and renal functions — easily accomplished through routine ultrasounds. Her physical abilities and cognitive development won’t regress. She won’t die from this condition. I felt relieved.I searched online for maybe a couple of hours and then simply let it go. I wasn’t going to let the Internet pigeonhole Lola into a corner, defining her by her diagnosis. We went on with our life. We were scheduled to meet with a genetic counselor where we would learn more about NR2F1. The outcome felt pretty good considering there’s only a 30-40 percent chance of finding a diagnosis from this specific gene test. We were among the lucky ones, they said.

I picked Lola up from school, and we made our way down to Riley Hospital for Children. The genetic counselor and her resident came in and began to explain the interactions of chromosomes, DNA, genes and proteins. Simple enough, I thought. Then they told me Lola had a mutation within the NR2F1 gene. It occurred along a longer section of the chromosome. She was the only reported case. It was a spontaneous mutation — neither Rob nor I passed it along to her. The counselor explained the symptoms. They informed me that if Lola decided to have children she would have a 50 percent chance of passing this condition along. They gave me two related case studies to look over; I’d already read the research a few weeks earlier. They’d occasionally look over at Lola, then quickly go on to explain more. I’m sure no harm was meant, but their looks didn’t feel friendly. They were looks of strangers — like Lola was a science experiment. I suppose she is a science experiment to anybody who studies genetics, but it made me feel uncomfortable. I felt tears welling up. They gave me a tissue. They then showed me pictures of other children with the same genetic condition. Lola didn’t look like any one of them. The only thing that could be done now, they said, was to address the symptoms of her condition.

I could’t look at these women anymore. I focused my gaze on Lola.

The tears wouldn’t stop streaming. Why wasn’t I feeling relieved?

They asked if I had any questions. I told them I did not. Then they left to bring in Lola’s neurogeneticist. I quickly began to sob while Lola began to throw a loud fit. I tried calming her; this only seemed to annoy her more. We’d now been at the office now for almost two hours. I couldn’t stop crying, and now Lola was loudly crying. My thoughts reached for solid ground. Can’t we just catch a break? Lola sat on the chair next to me, her screams reaching an ungodly pitch.

And it was in this moment all I could do was laugh.

Lola looked at me as if I’d finally lost my mind. And then she began to laugh. She put her hand on me, I put my arm around her and we laughed our little crazy butts off. This was the break we needed.

Dr. Walsh, Lola’s neurogenetecist, finally came in, and I shot off my questions. I asked one final question. I knew he wouldn’t have the answer, but I asked anyway.

“Is there a miracle treatment that could help Lola not have such a challenging life? Stem cells? An alternative therapy? Anything?”

No, I’m sorry. Not yet. Just keep doing everything you are doing.

And then he left.

I was left with a pile of papers, an angry 3-year-old and an overwhelming emptiness in my heart. Suddenly, I didn’t feel so lucky.

I wanted to feel lucky. I did. I mean, I know we are lucky. We have a diagnosis. We have what families of children with undiagnosed conditions constantly wish for. This is what I wanted. This is what I prayed for every single day. So why did this hurt so bad? Why was I grieving?

A wise friend summed it up for me, “You’re grieving because you hoped you wouldn’t have to take the path with the gigantic boulder in your way… but you do. There’s no going around it. This is the path you have to take.”

I was waiting for a Hail Mary. A miracle. Anything that would make Lola’s life not so challenging. And that door was quickly shut when we received the NR2F1 diagnosis.

I couldn’t talk about NR2F1 without crying. I could hardly look at Lola without sobbing. “What has changed?” Rob would ask. Nothing had changed at all. Lola was still exactly who she was prior to the NR2F1 diagnosis. I’d always said I would never let a diagnosis define Lola, and here I was allowing it to do just that. I had another close friend say to me, “They are just doctors. They take the humanity out. You know Lola.” And she’s right. I hate that I needed this reminder, but I did.

Lola is a little girl. She’s our amazing daughter. If anything, the doctors and genetic counselors will learn from her because she is the only reported case. And we’re the ones who have seen firsthand what NR2F1 does to a person. We’ve watched Lola’s condition morph from infantile spasms to cortical visual impairment to epilepsy and the countless delays in between. But we’ve also witnessed a little girl persevere through unbelievable hurdles. We’ve watched her push through therapies. We’ve seen her fail at tasks but then immediately try again. And through it all she continues to smile. She’s happy. She’s healthy. What more could we want for our child? 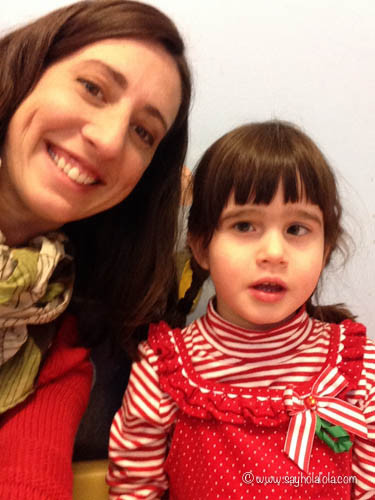 A couple of days ago I called my mom in one of my hysterical moments. I expressed all of those concerns and she quickly said, “Honey, these are all the same worries I have for you. It’s what all parents worry about. Will our kids be OK after we’re gone?”

And with that I slowly began to push the grief aside and embrace life just as I always had.

The tears began to dry up. My heart began to recover from its grief and worry. My hopeful spirit began to rise to the occasion once again. I’m quite positive this grief will find its way to the surface again and again and again. I just need to acknowledge it, own up to it and then put it away.

I’m very grateful to finally have a diagnosis for Lola. And instead of worrying about NR2F1, I need to keep showing the world our beautiful, bright, curious little girl who only happens to have NR2F1. She’ll be the hope and inspiration another family needs someday.