When My Son Had a Public Meltdown, Everyone Stared and Judged. One Woman Didn't.

My boys are only 19 months apart. Shortly after my oldest son’s second birthday, his meltdowns became increasingly explosive. I felt at a loss. Autism was not on our radar; I thought maybe my child was just willful.

One day I took the boys to the mall. We had a routine: we went to the play area, the store that had the Thomas the Tank Engine table, the fish tanks and the food court for a pretzel. I never realized, it but it was always in this order. But on this day I only planned on the play area because we were meeting the grandparents for lunch. I had no reason to believe it would be an issue.

I wore Eli in a sling carrier and held Andrew’s hand. Andrew was so excited because I usually took a stroller when going out in public. He played happily until it was time to go and willingly put on his shoes. So far so good. But when we walked out of the play area, I turned right instead of our typical left.

Then it began. Andrew started shouting and screaming, “No!” He threw himself on the floor in the middle of the mall and had a full-on meltdown. Having the baby in a sling, I couldn’t pick up my screaming toddler. Out of the corner of my eye I could see people shaking their heads and muttering.  I even heard one mother say, “My child would never do something like that.” I’m sure she meant for me to hear. I knelt by my son to try to reason with him or at least comfort him. He tried to hit me; now I was trying to protect Eli. All around me people were staring. It grew quiet as everyone stopped what they were doing. I wondered what I was doing wrong to have a child like this. I had no idea what to do next.

In the midst of this chaos, a tiny old lady tapped me on the shoulder.

“Sweetheart,” she said, “Let me hold the baby so you can tend to your son. I’ll sit right here on this bench next to you so you can see me. We’ll be fine.” It shows you my state of mind that I let her. She sat on the bench, her feet barely touching the ground and cuddled my little one. I gathered Andrew in my arms and carried him to the bench as he kicked and screamed. We sat there while he raged and cried. Every so often I would look at the old lady. She talked to Eli and made him laugh. In less than five minutes he was asleep in her arms.

I focused my attention on Andrew. I told him about going to see his grandparents and going to eat at his favorite restaurant. After what felt like an hour — but was really only 15 minutes — he was ready to go. As I took my sleeping baby from the old woman, she looked at me and said, “You were wonderful.  You never got angry, and you showed your son love. You are going to be just fine.”  Like that, she was gone.

That was the first time I realized my son might not be exactly typical. I didn’t know what was wrong, but I felt in my heart that something wasn’t quite right. I truly don’t know what I would have done without the help of this sweet woman. While others were judging me, she helped, and her compassion brings tears to my eyes to this day. Her words gave me strength and helped me persevere. Twelve years later, Andrew is an amazing young man, and we are fine. 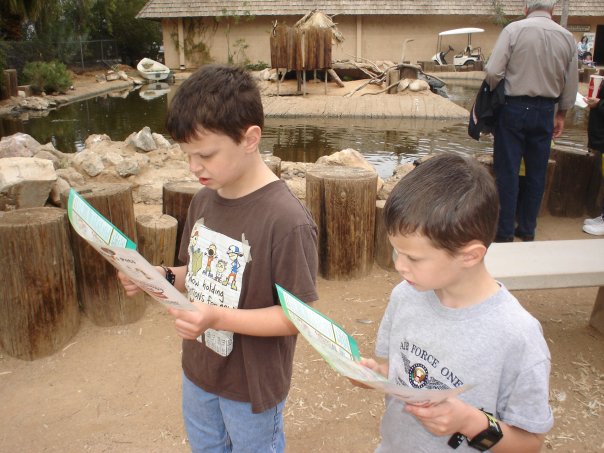 The Mighty is asking its readers the following: Describe the moment a stranger — or someone you don’t know very well — showed you or a loved one incredible love. No gesture is too small! If you’d like to participate, please send a blog post to [email protected] Please  include a photo for the piece, a photo of yourself and 1-2 sentence bio.