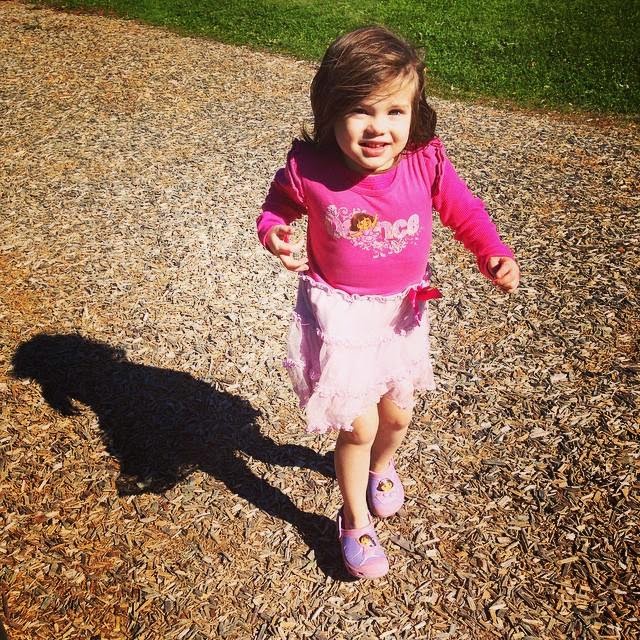 My daughter, Mae, is still little, and while she’s had what feels like a language explosion lately, she doesn’t have a large vocabulary compared to your average 4-year-old. If you go her therapist’s word count, Mae’s used her little voice to say somewhere around 200 different words over the course of the last 14 months. Sometimes that’s nearly 50 spontaneous words in a therapy session.

Sometimes now she says, “Help me!” She learned the phrase from her 2-year-old brother. He walked around for a week saying it dramatically. He didn’t want to climb up onto the couch, even though he easily can, so he threw himself on the floor and screamed “Help me!”

She doesn’t say it like he does though. When she uses words, it’s for something serious. It’s for something that she wants so much that she needs to catch my attention. “Help me!” is reserved for important things like trying to convince me she desperately needs to eat a cookie, or 12, before dinner. 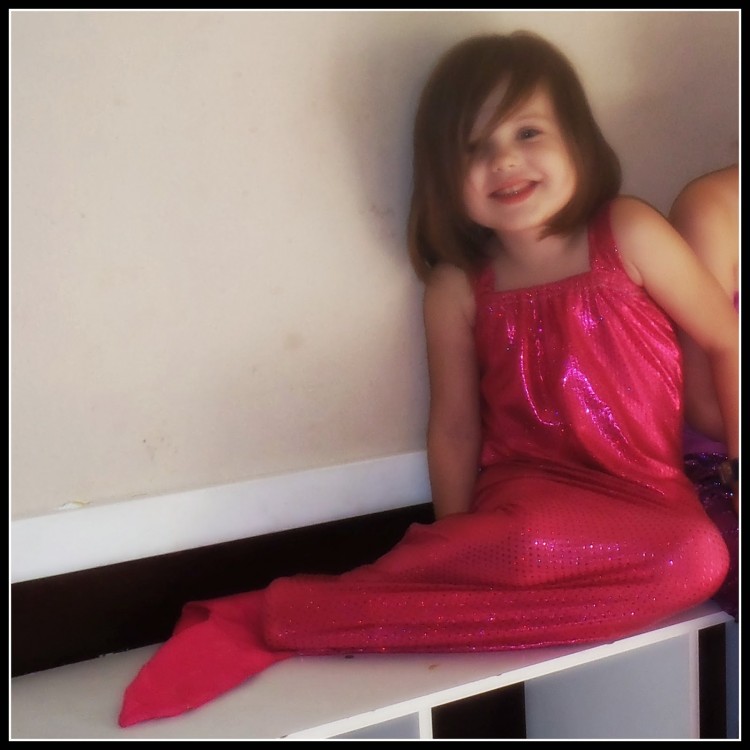 More and more, though, we’ve had other moments, like when she and I “paint” on her bedroom window with water and paintbrushes before she goes to bed, and she begins to say word after word, glancing over at me and smiling widely when I say the right things back.

You see, there are “right” responses and “wrong” responses in these interactions. I need to know the words to play the part that’s expected of me. It’s not a lot. I don’t have to recite Shakespeare.  C is for Corn. W is for Waffle. And M, of course, is for Mermaid. Sometimes it’s just “grape, grape, grape, grape.” She says it; I say it. We revel in the awesomeness of the word. I didn’t know that it was an awesome word until she showed me, but it is. At least it is when she says it.

Some days she brings me a little, worn, wooden caterpillar toy her brother got for Christmas when he was barely a year old. She points to the colors one by one and I say them. Or I look at her and raise my eyebrows and she says them. Sometimes we both say them.

Some days she’s patient with me when I can’t figure out exactly what she wants me to say. Other times she gives me a look that lets me know she can’t believe I still have figured out what it is I’m supposed to be saying. It took me an entire week to get C is for Corn and she had to bring me over the little C letter piece from her therapy session and press it into the palm of my hand before I understood and finally got it right and her entire face lit up with joy.

Last week, after all the kids were tucked into bed, I Googled “scripting.” I’d heard the word before but knew basically nothing about it. I wondered if it was something like what we were doing, since there were clearly phrases I was supposed to be saying. She says something and waits for me to respond back in a certain way. When I get it wrong she repeats it in the same tone and waits again. When I get it right she beams with happiness.

I found an article. And then another. I began to read. And then I closed the browser and set aside my computer. There was a lot of advice there. All of it was devoted to shutting down scripting.  Scripting is not communication, I read. Stop it. Redirect.

I turned the idea over and over in my head. I didn’t believe it.

I don’t believe it. Scripting may not be the type of response or communication that’s being looked for in a given moment, but it absolutely is a form of communication. It might be related to the situation at hand, or it might be a response to stress, an attempt to cope with something that’s hard to process, but you can’t tell me it’s not communication.

When Mae was first diagnosed, I looked around in a panic, desperate to find some way to help her. Therapies and appointments were swirling around us, but I wanted to learn what I could do, how I could help her learn and grow, how I could reach out and bridge the distance between our different ways of processing the world around us. The month after her diagnosis, we were accepted into a study at the local university. It was designed to teach me to learn how to teach her.

In the first session I was instructed to imitate her. Everything she did, every move she made. I copied her singsong little chirps and picked up the same toys she picked up. She watched me out of the corner of her eye at first. And then suddenly she turned and faced me and stared into my eyes and laughed and hugged me and then laughed some more. She was delighted by the exercise, and while the way we were communicating didn’t look like a typical mother’s conversation with her 3-year-old, we were communicating all the same. 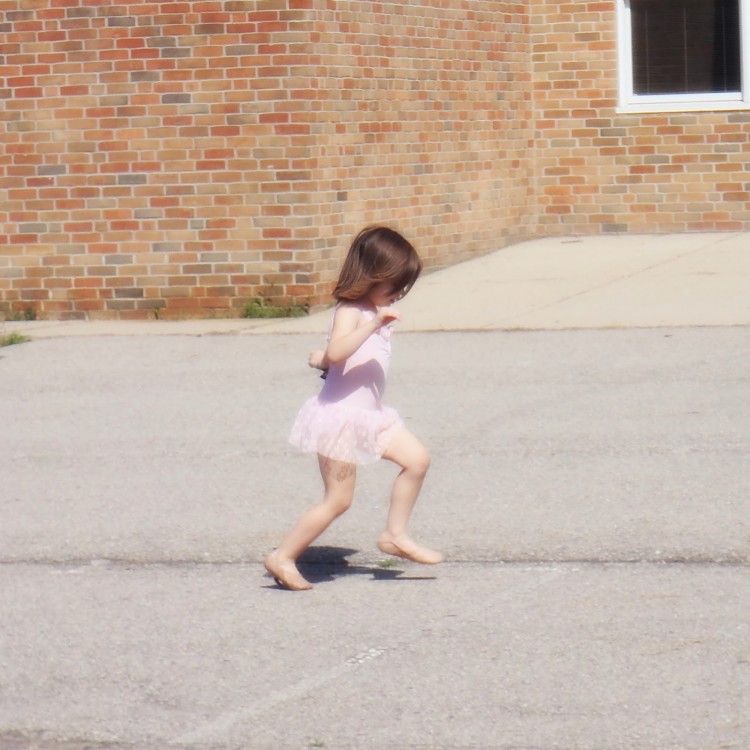 That moment changed the way I viewed communicating with my daughter. I could have insisted she communicate on my terms and only my terms. But we wouldn’t have gotten anywhere. She’d been trying to communicate on the world’s terms her entire life and the signals were getting garbled and mangled in the process.  As we progressed in the program there were times when she would use words to make requests, but that initial imitation practice was a safe place we could always go back to if she was feeling overwhelmed.

The advice I’d read about ways to shut down scripting made me feel extremely uncomfortable. I couldn’t follow it.

Here is a child with certain tools, and the only advice I could find was to take those tools away and shut the communication down. If I were to take them away and say “No, you can only use these tools, and you may not be comfortable with them or really be able to handle them at all, but they’re what you’ll use because I say they’re better,” I would likely get nothing.

When we meet in the middle in a place where the language is not solely mine or solely hers, when it’s an amalgam that can only be described as “ours,” that’s where I’ve found the progress truly begins. A look, a gesture, a sign, a squeal, a script, a word. We fit these bits and pieces together, piece them into a language we’re both trying to understand, making sure that neither of us is left behind.

And those moments, the ones when I’m listening hard to what she’s saying without words, also tend to be the moments when she’s happy and relaxed and actual words begin to fill the room.

Slowly but surely my daughter is teaching me that communicating isn’t nearly as cut and dry as I imagined it was before she was born, and that ideas of there being right and wrong ways of getting the point across are incredibly subjective.  And as we slowly make our way along this winding and sometimes confusing path, I find myself less eager to label any behavior as “uncommunicative” and find myself more likely to search for the explanation just beyond my understanding. It’s worth the effort when I finally realize what she’s been trying to tell me and her entire face lights up with the very real joy of finally being understood.