It took me six months to utter those words.

I used to say… “Yeah, he isn’t sitting up yet, but I don’t think he’s autistic.” “He’s 18 months and finally walking, he was just used to be carried around. He’s not autistic.” “Sure, he’s transfixed by the way that tree moves, but he makes eye contact, so I’m not worried that he’s autistic.” 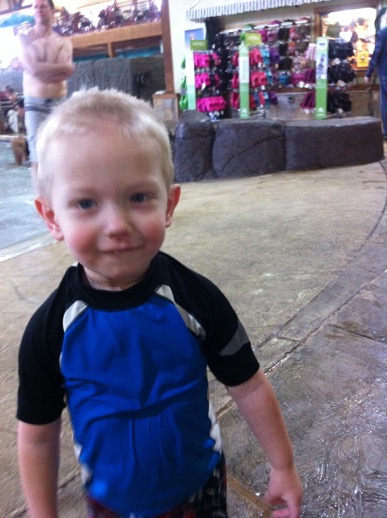 “He really likes to line things up, but there’s no way he’s autistic.” “He’s 2 but has yet to utter his first word, but he makes sounds and seems to have his own language, so I don’t think he’s autistic.” “He’s a boy, after all, they are late developers. Besides, his big sister must talk for him.” (She didn’t.)

“He’s 3 and talks now. Well, he echoes what we say. At least he’s talking, right?” “He is super cuddly with us. There’s no way he could be autistic.” “He doesn’t engage in play with other kids, but that’s just his age. He loves to play on his own. Besides, he loves to chase his sister. He’s not autistic.”

“He spends an hour running his hands across the ridges of the vacuum cleaner hose. He would prefer lining up letters and numbers over playing with trucks. He hates his hands being dirty. He flaps his hands. He moves and hums and circles the island 100 times (counting each turn). He can’t be autistic…”

I said it to my mom. Finally, after all that time trying to push it to the back of my mind. And we both cried as she said, “I think he might be, too.”

And he is. It took six more months to get the diagnosis.

My beautiful, blond-haired, blue-eyed boy is autistic. And I couldn’t think of anything more wonderful. I don’t know why I was so afraid to utter those words.

He loves animals. And letters. And numbers. He loves his friend M at preschool. And his teachers, too. He loves Play-Doh. And “Blue’s Clues.” And Great Wolf Lodge.

He loves hugs. And his sister. And mommy and daddy. He loves walking in the forest. He loves dance parties in the living room.

His world just looks different to him – and it’s a wonderful world.

He’s my son and is wonderful. Oh, and he also is autistic. And I’m so blessed to be able to navigate his world with him. 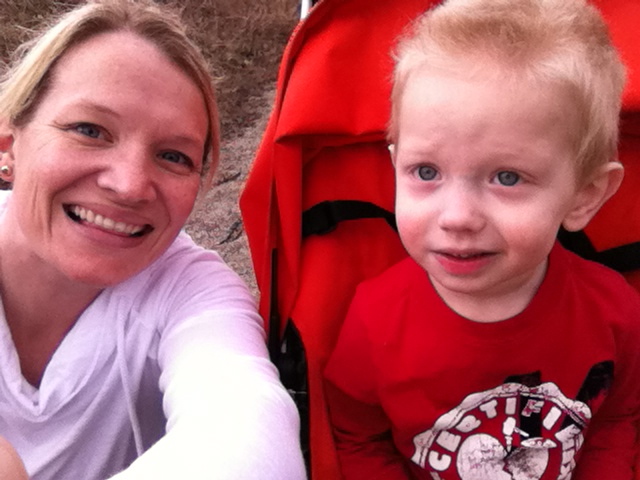 The Mighty is asking the following: What’s a moment that changed the way you thought about a disability or disease? If you’d like to participate, please send a blog post to [email protected] Please include a photo for the piece, a photo of yourself and 1-2 sentence bio.