Why I’m Thankful for Parents Who Have Their Children Vaccinated

I learned a million strange lessons in doctors’ offices and hospitals with my daughter, Sammi, in the years that spanned cardiac surgeries, gastroenterology drama and everything else her little body gave her to manage. This mastery I had over her health — the details only I could have described — has never gone away. I’m vigilant, I’m well-trained, I’m fast-twitch muscles and marathon endurance.

This is why I panic at the thought of unvaccinated children.

When Sammi was 18 months old, she was in childcare just a few hours per week. She was under 18 pounds, miserable to feed and deeply, deeply beloved. She’d had ear tubes, a bronchoscopy, surgery to slice open the extra, troublesome arch of her aorta that had been choking her, and had her esophagus dilated. She was on anti-reflux medication. Her trachea, despite the surgery designed to free it, was at best 35 percent open.

Whooping cough could have killed her. 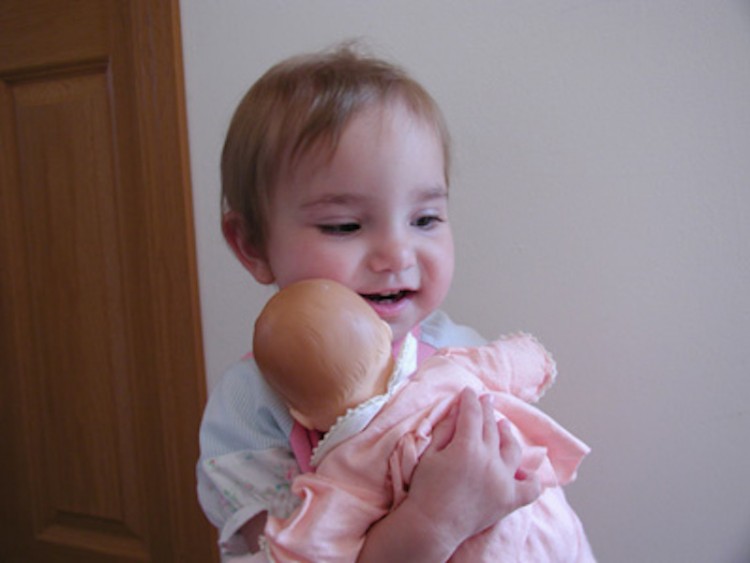 One day, I dropped her off at childcare to spend three hours working, and I got a call several minutes later with the news of her fever — 101.3. I picked her up, took her to the doctor and learned one of those sneaky lessons that never goes away, regardless of the fact that I’ll never need it again:

When your pediatrician sends your feverish baby for a chest X-ray, worry.

When the radiologist sends you to the lab for a blood draw before your baby even has her shirt back on, worry.

When the blood lab turns you away at the door and says your pediatrician wants you back in her office immediately, worry a lot.

Sammi had pneumonia. Her fever barely broke for days, the antibiotics gave her a horrific diaper rash, and her lungs were so wet and her constitution so weak that she lay on my chest in a sling and beat it slowly with her cold, sweaty hand, limply crying mama, mama, mama. I was right there. She was out of her head.

She lived through that pneumonia and another case a few months later, disconcertingly in the same lobe of the same lung. If that had happened one more time, there would have been another bronchoscopy to find out what was wrong with that lung. Thankfully, she never got that third pneumonia.

If Sammi had brought pneumonia to a friend’s baby who had consequently died from it, I would have been devastated and felt horribly, life-alteringly guilty, but I would know I might not have been able to prevent it. If an unvaccinated baby, whose parents were within their rights to refuse vaccination, had brought my baby whooping cough, my child could have died.

Sammi had just over one-third of the airway of a normal child. You couldn’t tell by looking at her. On a good day, she probably had to work harder for air than most people.  I’m not questioning the right of parents to refuse vaccines for their children, but the fact remains that the consequences to babies like Sammi are real.

Is she one in a million? That I don’t know. She’s one in a hundred million million for me, the baby I fought for, kept alive under hideous circumstances, gave over to a surgeon to slice. It wasn’t easy to keep her alive. Vaccines? For me, there was never a doubt I would send her into the world with anything I thought might protect her.

There are things everywhere that endanger the lives of our children: bullying, gang violence, and, not least of all, communicable diseases. Would I throw my child in front of a bus to save yours? I must admit that I would not; the chances of her death would be too much for me. That’s too much risk. Would I teach her gentleness and kindness and generosity in a world that may, in the end, take advantage of her for it? Yes. That, I will do. That has a risk, but it’s smaller, hopefully, and falls in line with my values in a way I refuse to compromise.

That’s how I protect your children. That’s my thank you for keeping her alive, my thank you to the universe and to the other parents who cared for her and about her enough to wash their children’s hands, keep them away when they were sick, and yes, to vaccinate them. If there was a way for me to thank every single parent whose vaccinated children came in contact with Sammi in the years of her compromised airway, I would do it.

You helped me protect her. Thank you.

Share
or  Copy Link
Link copied to clipboard.
Be first
490