Rewriting the Story of My Life After Depression 'Took Over'

As an English major, I take pride in having an active imagination, and for the most part use it to my advantage. This can be proven by the fact that I wrote a rather cringeworthy novel at the tender age of 12 that boasts 375 pages of preteen fuelled regret. Rereading the novel I wrote almost seven years ago makes me laugh out of pure embarrassment as I reread what I was so proud of at the time, solidifying the fact that you’re always going to know more in the future than you know now; which is something I learned very recently and am coming to gracefully accept. Now that I am older, I tend to write about how I feel looking back on hard times in my life. The only problem with that is, I’ve always been too ashamed to share these stories for whatever reason. It was only until I moved out, and discovered who I wanted to be, and stopped relying on the validation of others that I came to the conclusion that I needed to be heard.

There were days as a child where I would fake sick because I was too sad to get out of bed. I would shut myself off from people and long for the comforts of my covers because society was too draining for me to handle. I think this is why I only had a small group of friends growing up. No one wanted to be friends with the small, dorky, shy girl. Granted, I wouldn’t open up to anyone long enough to gain a friendship, but I never got help for it. I think people just assumed because I was an only child that I simply lacked social skills, and maybe that was part of the problem. But the thick of it was, I was engulfed in sadness from a young age and no one ever asked me if I needed help. So I grew up thinking it was a normal feeling. Or even worse that I didn’t have a problem at all. As I grew older, this feeling didn’t shy away, and during my high school years I did what I did best and tried to escape my pain by covering up for it. I never once self-medicated with alcohol or drugs, but instead covered it up with non-material things such as religion, friends, and work or school, hoping someday if I worked hard enough I could move out and start over. It wasn’t until my first semester of university that this ideology proved to be a step in the wrong direction.

I moved away for university and was pretty excited about the prospect of starting new. In fact, I came to college high on what I would like to call“pseudo happiness,” or simply put “false happiness.” At the time, I was so used to covering up the fact that I had mental health issues I became oblivious to the fact that they were even there. I convinced myself that moving and started new was the only option I had and that everything would simply fall into place. But as you can guess, this did not happen.

For the first month, everything seemed fine. It was only until the pressure got too much that I allowed myself to come undone. But as things seem to do for me, one issue became another and they all fell like dominos until I simply cracked. Instead of seeking the treatment I needed straight away, I tried to do what I did best: escape. I planned on moving home because I was “unhappy” staying at the university. I was so all over the place that if you asked me now what my plan was, I couldn’t even tell you. I just wanted to get out of the hard place I was in. Little did I realize I needed to eliminate the main causes, as well as come clean to myself that I had a problem that needed to be fixed.

This all clicked for me a few short weeks before I was set to move back home for Christmas break. These moments proved to be pivotal when I realized that an entire semester had gone by and I had nothing to show for it. I spent most of my days in my single dorm room as I felt like I was “too far gone” to make friends — so I didn’t try. I missed a total of 15-20 classes because I couldn’t get out of bed to make it on time, whether they be set at 8 a.m. or 3 in the afternoon. I’d be lucky if I ate more than once a day, most of the time the meal being pizza or garlic fingers that I would order to my room so I would be able to avoid questioning from my peers.

Everyone around me had all these wonderful college stories to tell. They were all growing up and blossoming before my very eyes. I so desperately wanted that, but I felt so alone. I was scared to admit to myself and others that I was struggling and had been for as long as I could remember. But at the same time, I was sick and tired for feeling so emotionally detached.

Instead of dropping out like I had planned during my depressive state, I decided to book an appointment with the campus psychotherapist. This in and of itself was terrifying to me. It made me feel as if I had become defeated by my demons. That I was “crazy” (as if there truly is such a thing) or unloveable. I thought those who I chose to open up to wouldn’t accept me or would find me overwhelming to be around. It wasn’t until I began taking control of my life that I discovered it’s for the best. Yeah, when I came back from the first round of therapy, I did cry a little. Because it was real. The proof was in the pudding, so to speak, but it was the best decision I had ever made and the first major decision I made for myself that was a healthy one.

It’s been roughly about two months now, but I am happy to say I feel better than I ever have. My quality of life has improved so much, I can’t even put it into words. I’ve made new friends in university. I don’t feel lonely. They’re friends whom I can talk to about my issues, who don’t make me feel like a parasite for having depression, as most of them do as well. I’ve started planning my next summer trip, writing my next novel (which is arguably better than the first). I’ve festered a newfound confidence in myself I never knew I had. I know every day isn’t perfect, and during the past two months not every day has been sunshine and rainbows; but now I have the means to know how to deal with my depression, instead of letting it define me and everything I do.

One thing I’ve learned, if anything, is that everybody has a story that’ll break your heart. It is only until you decided to share that story that you will be able to deal with it properly. There’s nothing more uncomfortable than silence when you’re struggling, and I wholeheartedly believe if mental illness was something more widely discussed, I would have gotten help much sooner.

So, with that, say what you have to say. To whomever you want. If you’re happy, shout it to the void. If you’re depressed, cry out for help to whomever you’re most comfortable with. All I wish for in life is unlimited happiness, and for me that will come when people try to understand and accept each other for who they are and not who they claim to be.

Although not all I’ve encountered have the ability to understand, I can try and understand myself better instead of forcing that upon others who clearly lack compassion. This hurts — depression has a way of making it feel like it drives people away, but I can take it in stride and can say that given the proper dose of medication and therapy I don’t have to feel the way I did for almost 19 years, for 19 more. This isn’t the end of my story. It’s just a new chapter, or even better, a whole new novel. 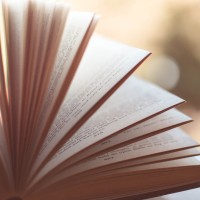