Why We Need to Talk About Childhood Onset Schizophrenia

Schizophrenia is a condition where a person might develop hallucinations, delusions, disorganized thoughts, disorganized behavior and other negative symptoms like alogia, blunted affect, social isolation, abolition and psychomotor abnormality. It’s not unheard of, either. 1.1 percent of people over the age of 18, that’s 51 million people worldwide, have the condition — that’s enough people to overtake the population of South Korea. Schizophrenia does not mean multiple personalities, not everyone with schizophrenia is dangerous either. However, with a 1 in 10 suicide rate, we might be a danger to ourselves.

I’m here to talk about one of the subtypes not mentioned in that list. I’m talking about childhood schizophrenia, an extremely rare condition that occurs in 1 in every 40,000 children, that’s less than 50,000 cases in the entire world. The criteria for early onset and late onset are still the same, and there are children younger than 6 years old with the very same condition.

Why am I talking all about this?

Because I think it’s so misunderstood. People cling to their judgments because they’re scared of the condition. People can’t imagine that schizophrenia could affect any child without consideration. Schizophrenia does not discriminate between gender, class, ethnicity, race… and even age.

I’ve been in that very situation. Although the disorder is rare, it still happens, and unfortunately, because it’s not usually seen, there is almost no support for it. People just don’t seem to understand and some people aren’t willing to listen.

What do children with schizophrenia need?

So what can you do to help?

Love your children, no matter what conditions they may have, whether it be physical or mental — every child deserves love and care. Be there for them when they need it. This world can be scary sometimes, and it’s up to us to help them through it.

Share
or  Copy Link
Link copied to clipboard.
Be first
42 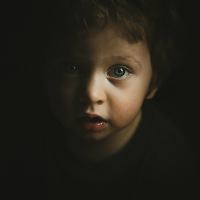