The Young Warriors Who Live With Erythromelalgia

Imagine being told by a doctor that your child has a horrific syndrome – one that you have never heard of and one that will leave your child feeling  like they have been set on fire and  then left with second-degree burns. Where do you, the parent, begin? Can you even try to envision this intensity of pain?   The dreadful news leaves you reeling as you start to experience feelings of overwhelming confusion, despair, unfamiliarity and anxiety.

While not all rare diseases are fatal, the suffering that accompanies a condition called erythromelalgia (EM) is life changing and can cause severe impairment. Many sufferers are left disabled, some commit suicide as a result.

EM causes severe burning pain, visible redness (erythema) of the skin, swelling, and increased skin temperature, particularly of the hands and feet. However, the face, ears, and limbs can also be affected. Some people burn continuously, whilst others have intermittent episodes of “flaring” throughout the day.  The excruciating flares can last from hours to days at a time. The disease does not discriminate by age, ethnicity or gender.

The exact underlying cause of EM remains unknown. However, one theory maintains the condition results from vasomotor abnormalities. These abnormalities affect the normal narrowing (constriction) and widening (dilation) of the diameter (caliber) of certain blood vessels, which leads to impaired blood flow to the extremities or other body parts.

In this article, we are going to introduce you to four inspirational children who suffer from EM and give you a glimpse of their everyday lives. 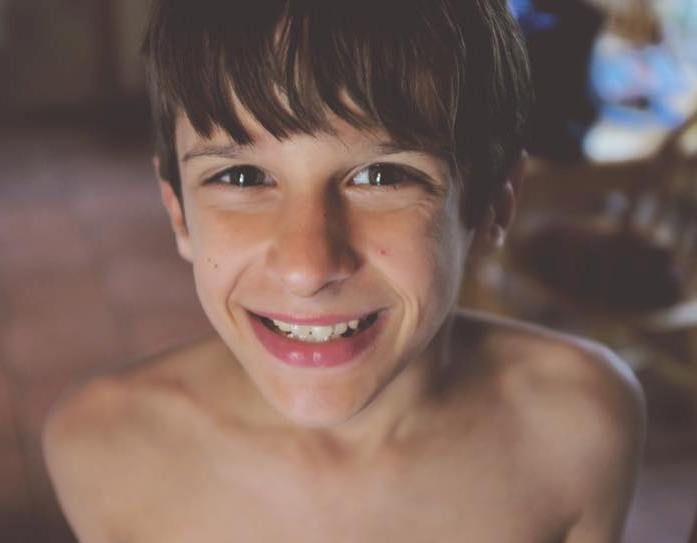 Sebastian is the oldest of three brothers and has the inherited form of EM, meaning he was born with a mutation in the sodium channel gene (SCN9A). He has the genetic form of erythromelalgia together with small fiber polyneuropathy.

It was in 2009 that Sebastian experienced what seemed to be a jolt of neurological pain in his leg. Although the pain only lasted a few seconds, it caused him to fall to the ground screaming. He suffered from episodes like this intermittently over the next five years.  Sebastian was bounced around from doctor to doctor but, despite numerous tests and examinations, no explanations were provided.

In January 2015, Sebastian started experiencing severe burning in his hands and feet along with shooting pains, which limited his ability to walk. His hands and feet were bright red and burned 24 hours a day. Even the touch of clothing on his skin would trigger pain in his body. Sebastian’s mother, Sarah, 35, also has EM. Her symptoms developed when she was 8 years old. Being an EM sufferer herself, she recognized her son’s newest symptoms. It was then that Sarah contacted Mass General Hospital in Boston to get Sebastian in with a neurologist. While waiting for his scheduled appointment, Sebastian continued to live in torment. He typically left school halfway through the day crying in pain. Eventually, he ended up confined to a chair with a bucket of cold water and fans blowing on him all day. Sleeping was nearly impossible. 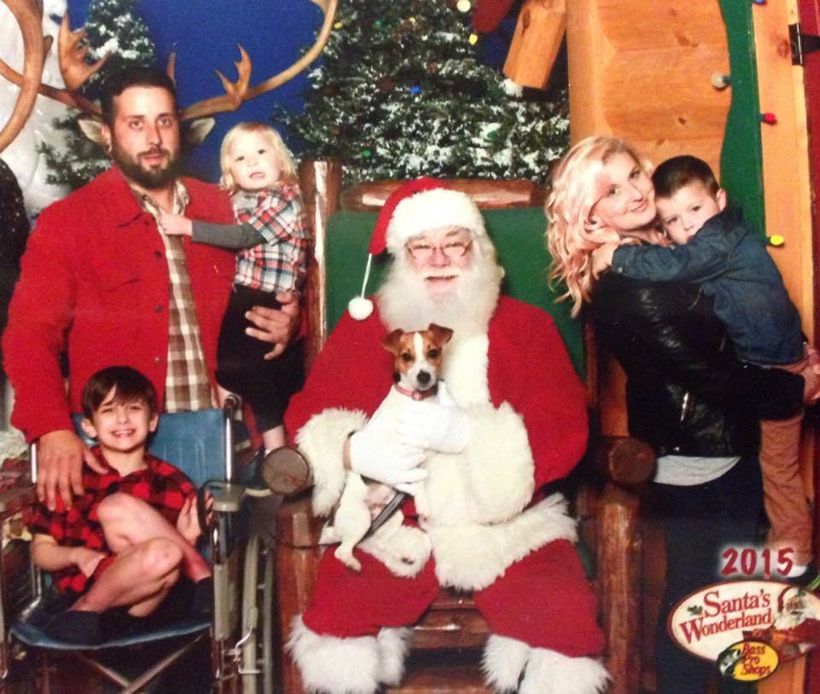 The neurologist who officially diagnosed Sebastian with EM was reluctant to prescribe medication. Therefore, Sebastian was referred to children’s hospital where he was admitted to the ICU and put on a lidocaine infusion to help stabilize his pain. It is quite difficult to treat a child with EM because strong medications are rarely, if ever, administered to pediatrics. He was slowly transitioned to oral mexiletine. Mexiletine is a non-selective voltage-gated sodium channel blocker, which belongs to the Class IB anti-arrhythmic group of medicines. It is used to treat arrhythmias within the heart or seriously irregular heartbeats. This is a rarely given off-label treatment.

The burning in Sebastian’s legs and feet was so intense that it would take a few more stays in the hospital before his pain could be stabilized.

Sebastian felt incredibly isolated and alone. Play dates did not exist anymore and he lost friendships. He was a prisoner in his own house. His mother felt helpless so she decided to do something about it. She opened a post office box. Then she wrote about her son’s situation on social media and asked for letters or cards with words of encouragement. Before she knew it, Sebastian was receiving cards, drawings, toys, letters, and care packages from all over the world. It put a smile on his face over the next few months.

About six months later, in early 2016, Sebastian finally had a treatment dosage that helped the burning subside. He was able to return to a somewhat normal life but with limitations, of course. He must take his medications (mexiletine and gabapentin) every four hours around the clock. Although his parents are worried about the long-term effects of the medication, they are more concerned with giving him a good quality of life. He still experiences daily pain daily, but not nearly as bad as in the years prior to treatment.

He is most affected now by heat and fluctuations in temperatures and, because of this, he is being homeschooled. Sarah and Sebastian experience worse flares in the winter (as do many who struggle with EM).

Sebastian is part of a local youth center, which has been an amazing experience for him. He has made new friends who are there for him through the good times and bad. He has a close friend, Dahlia, who he is incredibly thankful for. Since 2015, she has stood by his side.

Overall, he is now a happy kid who has adapted as best he can to this condition. The family is thankful for the incredible team of doctors at Mass General. Sarah’s youngest son, Oliver, 5, also has the same genetic mutation, but no EM symptoms have appeared yet. 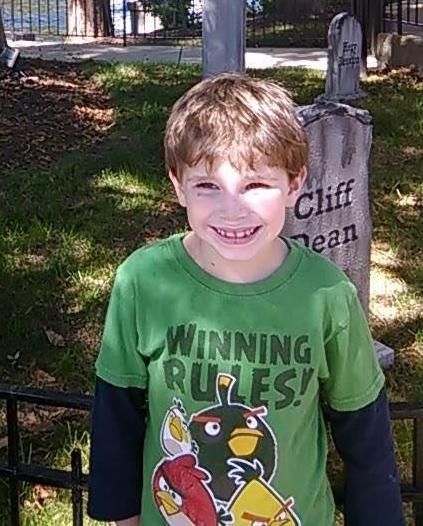 James was diagnosed with EM in 2015. Since then his life has been a rollercoaster of agony and emotions. During his first year with EM, he missed so many days of school due to pain that his mother, Shanna, who also has EM, decided to devote her time to homeschooling her son. Although homeschooling has benefitted his education, it has its downfalls. A once cheerful and socially active little boy, James is now withdrawn from fun events that would allow him to interact with other children. He has anxiety about leaving the house and dealing with his pain while out in public. Although he is comforted by many who love and care for him, he sometimes says he hates his life. His mother is grief-stricken because there is not much she can do other than comfort him and try to relieve the burning as best she can. 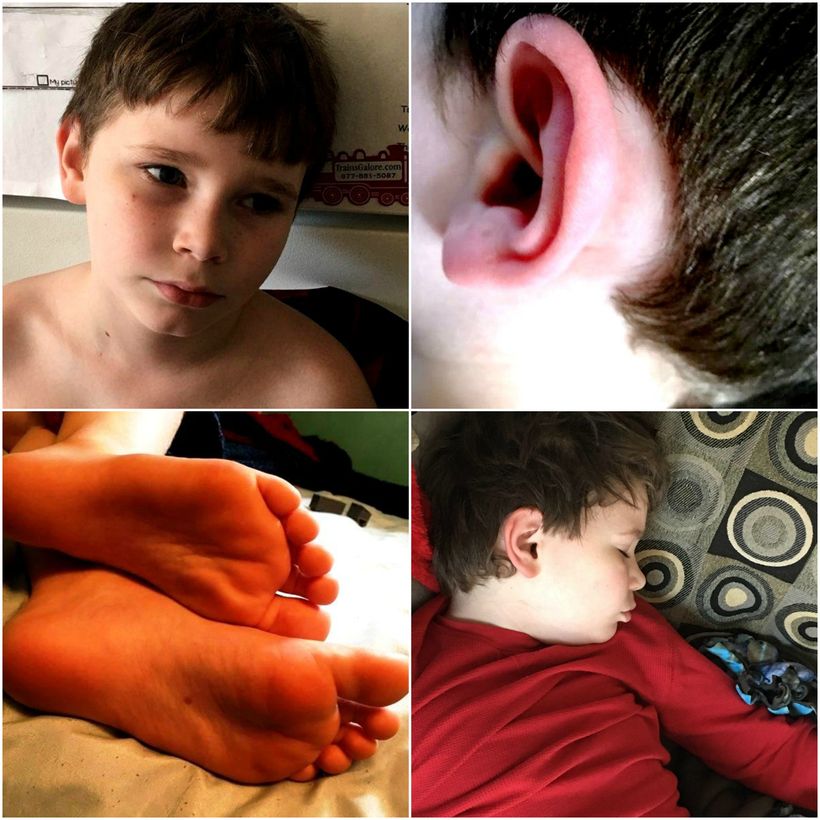 James no longer enjoys vacations because fears the burning pain may flare from walking, sunlight, and various other triggers.

James has big dreams of being a storm chaser or marine biologist someday. He loves learning about sharks. 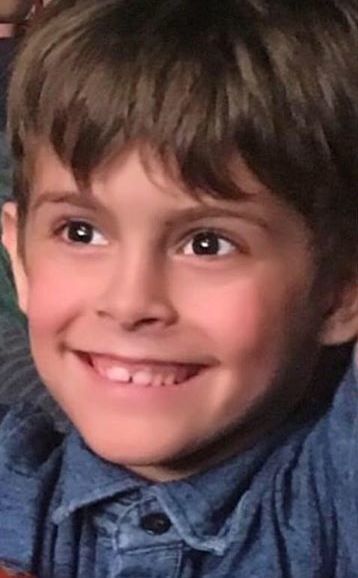 Ascanio was diagnosed by chance with EM in 2012. No other family members have EM. It was extremely difficult to get Ascanio officially diagnosed because there are only five reported cases of EM in Italy and no specialized doctor. Life for Ascanio was absolute hell for four straight years. Ascanio could not wear shoes or enter the kitchen when his mother was cooking. He stayed indoors with the air conditioning running during the hotter months. He spent many nights awake and crying with ice packs resting on his hands and feet. 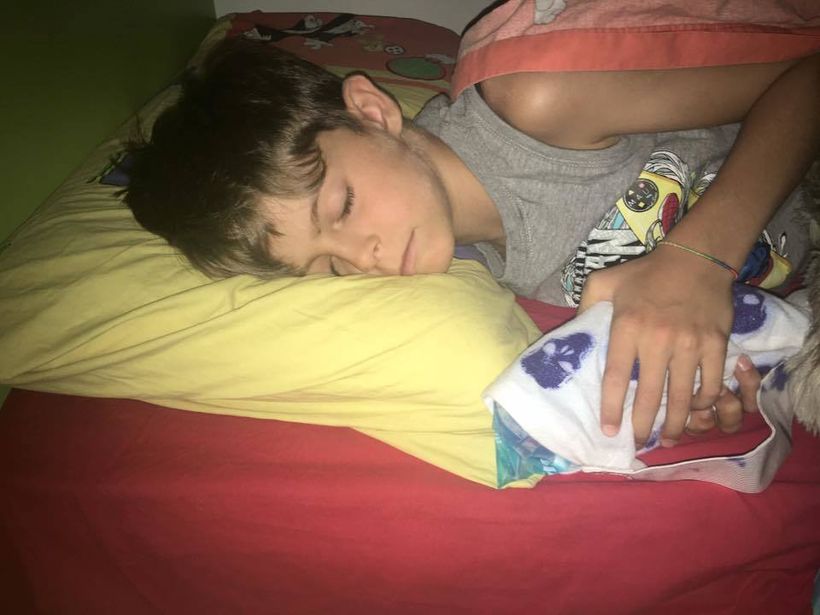 Ascanio is fortunate in that mexiletine has put and kept his EM in remission. He started taking the medication in late 2016. The only real problem has been the side effects from the medication, particularly headaches. His headaches cause him a few sleeping difficulties and concentration problems. 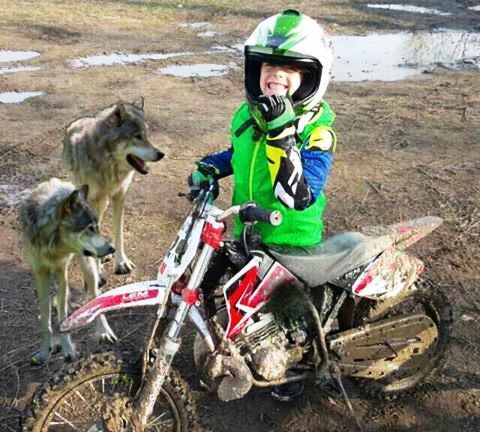 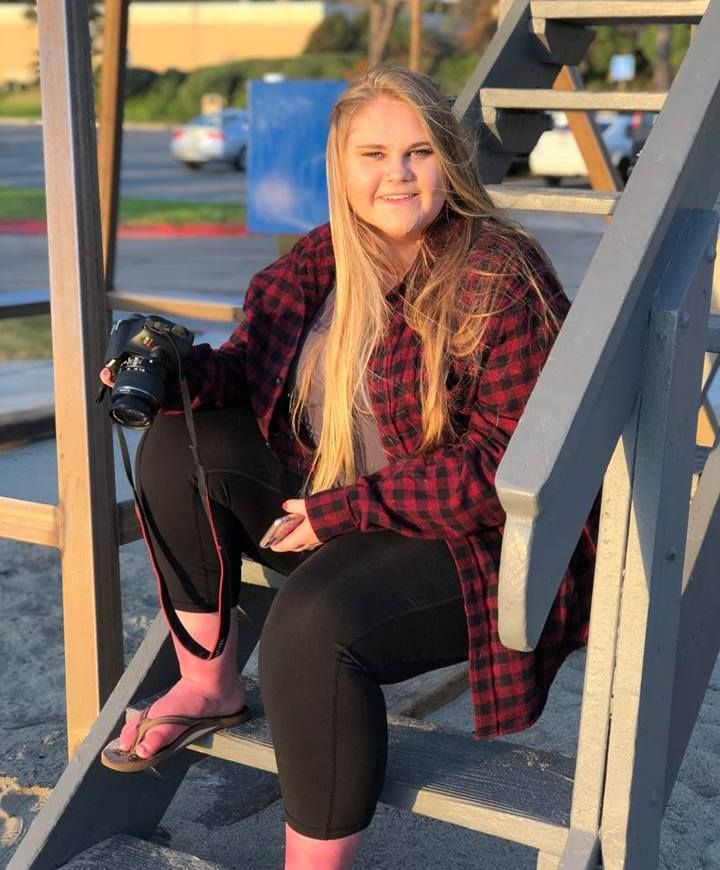 Chandler was originally diagnosed with complex regional pain syndrome (CRPS) when she was 12 years old. However, her diagnosis was questioned after a nurse witnessed one of Chandler’s flares while she was recovering from surgery in the hospital. Chandler had undergone an extremely painful spinal surgery due to scoliosis where she had two rods and 26 screws put in to help straighten her spine. It was during her flare when the nurse mentioned that it resembled EM more than CRPS. The EM diagnosis was later confirmed and Chandler also tested positive for the mutated sodium channel gene.

Some days the pain is unbearable for Chandler. Her EM has progressed from her lower legs and feet to her hands and face. She cannot relieve the burning without the assistance of a cold bath or soaking her feet in a bucket of ice water. Because of the agony, sleep is always a challenge.

She is a junior in high school and is therefore permitted to be on the early-release program. She departs the school daily around 12:30 p.m. When she arrives home the first thing she does is soak her feet in cold water for 20 minutes then takes a lengthy nap. It is mentally draining to fight this kind of pain day in, day out. After her nap, she does her homework, eats then tries to sleep. Every day is like Groundhog Day, as she repeats the same cycle. 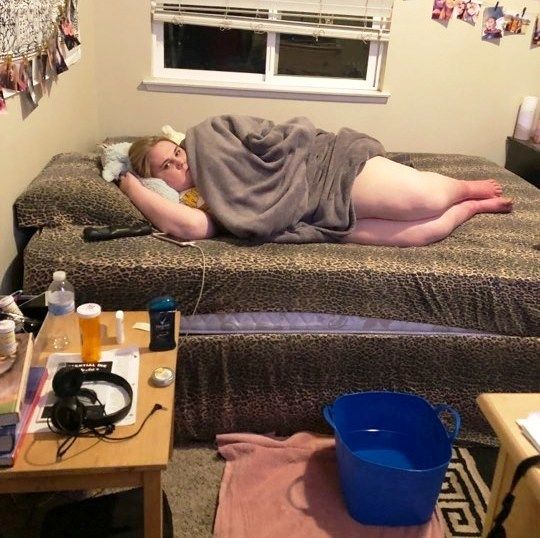 Chandler’s physician put her on gabapentin and she slowly worked her way up to 2,700 mg a day. She has tried almost anything and everything to relieve her pain such as CBD oil, hemp root salve, and several other natural remedies.  Her next plan is to try an all-natural whole foods diet.

Not a single day has gone by since Chandler was 12 years old where her feet have not been bright red. Her ankles are always swollen. Sadly, her family has learned more about EM from Facebook group forums than from her doctors. 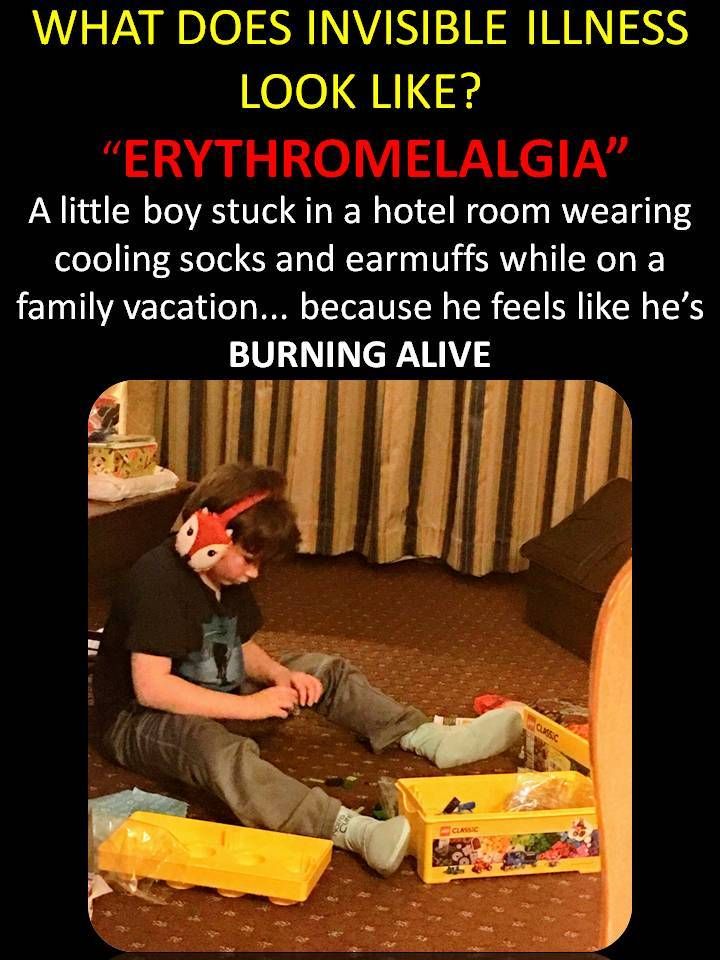 So what can you do to help?

Share this blog: Awareness begins by spreading the word.

Help us raise awareness: The Erythromelalgia (EM) Warriors  is a non-profit organization providing patient support and information to those suffering with this dreadful disease.

Donate: No amount is too small and greatly appreciated. Erythromelalgia desperately needs funding for research and awareness. If you would like to contribute, please click here.

Would you like us to write your story?   Just contact our editorial department at [email protected]
A free t-shirt or Chillow pillow is gifted to all contributors.