“You know it’s all in your head, right? That you shouldn’t just take medication.” — Person 1

“I don’t know… I don’t like taking pills unless there’s something actually wrong with me.” — Person 2

“I wouldn’t be taking medication if I was healthy,” I say, though they seem to not hear my words.

What it comes down to is basically unsolicited advice that gets meted out, along with gems like: “just drink more water,” “try aerobics, yoga, or some or other kind of high-impact exercise” (although I’ve just told you that I’m not allowed high-impact exercise).

It’s a lot easier in some ways just to try and hide flares and bad days from people than having to explain what’s wrong or why you need to take medication every day. It does hurt, though, when friends — and sometimes even family — don’t believe or seem to understand that you really are ill. Or, for instance, when strangers call you lazy for walking slowly, not taking into account that there might be a reason why you’re walking slowly.

Many offhand comments are also great at guilt-tripping you every time you take out your chronic meds or worry that you won’t have enough spoons to get through the morning, not least through the day. Comments like, “You’re just not positive enough,” “You just need more faith,” “You just need to start loving life.”

These help about as much as telling me to drink more water while I’m sitting in front of you with my ever-present bottle of water.

Comments like these are also awesome for my OCD, of course. They do wonders. Helps every time. Doesn’t at all turn into a spiral of self-hatred that you have to claw your way out of again. *sigh*

I wish I had comebacks to these comments other than a simple “try living in my body for a week and see what you say then” type of thing. Given, a lot of the time —
especially on really bad days — I just want to say f- you and plod on, not even bothering with a comeback.

I think it is this pressure that makes me sometimes feel like I’ve let myself down for having to take medication.

“Letting yourself down” is a difficult emotion to explain to someone. It is starting to believe that — despite evidence to the contrary — you really aren’t ill and maybe you are just looking for attention even though you try and hide your illnesses most of the time and try to seem normal and healthy. It’s as if by not portraying a perfect, healthy individual to the outside world — not to mention not being one — is somehow morally wrong. And it’s this idea of it being “morally wrong” that is the crux of the problem.

No one — not family, friends, or spouses — has the right to make you feel like taking medication to stay alive is morally wrong.

What you could do:

Then again, perhaps comebacks aren’t (always) required. Ignorance, after all, needs education to be able to change. What has helped is sending short explanations that include symptoms from reputable sources to people to read. Many people just don’t know where to start reading up on certain illnesses thanks to all the quackery and misinformation floating around on the internet. Giving them something to read that is factually correct, etc. can be a good place to start.

Also, some people get answers to things that they may be too shy to ask or didn’t even take into consideration. And those who don’t make the time to read something that would take five minutes? Well, that makes me wonder if they really are worth my time.

Some people are better to cut from your life — or at least have less to do with — if they only have a negative impact on your life. Those that make at least some kind of effort is worth a lot more effort (and spoons) than those who berate or make comments every time you see them. Keep them close and let those who would rather steal what few spoons you have go their own way. 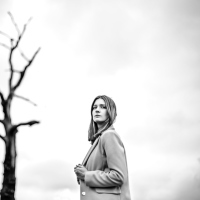