I have had a draft of this essay for months. Unable to finish it, I tucked it away until now. I couldn’t ever seem to figure out how to write about dating with lupus, despite having done so for a decade now. But now with a recently failed relationship still sinking its sharp teeth into my ever broken heart, I have been reflecting on what happened. I hope in some small way, my personal experience will guide others to live their true selves while letting light, love and grace fill in the gaps.

Dating is a challenge. Dating with lupus can be even more challenging, especially when you Google the “how to” portion and you get advice like:

“I’m here to tell you that although lupus may add a constraint on a relationship, it is realistic to date, have a relationship and find love.”

“Brochures from the S.L.E. Lupus Foundation can help do the explaining for you, describing symptoms, risks, other important things a person should know about lupus.”

In 2010 I was diagnosed with Lupus and finally so much made sense. I am a PR Manager for a non-profit I cofounded in Uganda and occasionally blog.

We're here for you.

The Mighty is a safe, supportive community for people living with disabilities and the people who care for them.

Join The Mighty Community
Hey, it's great to see you! 👋

The Mighty's chronic illness community is already more than 200,000 strong, but there's always room for more. Come on in and join the conversation!

12 Things a Doctor With Chronic Illness Wants People to Know

The Mighty's Digital Toolkit for Caregivers

Grieving the Person You Were Before Chronic Illness

Get access to The Mighty's best chronic illness articles. Directly in your inbox. Every week. Future You will say 'thank you.' 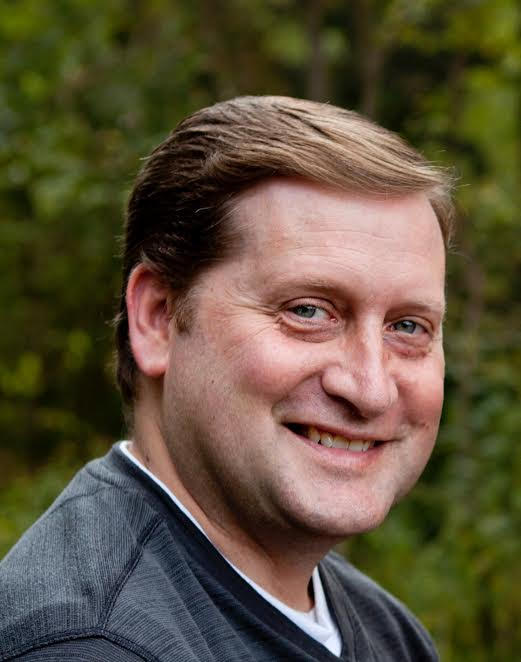 SUPER CONTRIBUTOR
Charles Mickles
Charles is an author, speaker, and an elementary principal who has has battled chronic illness since he was 15.
Say Hi To Charles
Sara Naveed @fabulousandfatigued
contributor

What to Tell Family and Friends About Living With Chronic Illness

When being “tired” is more than just feeling tired… Don’t you just hate it when people try to get one up on you, by always striving to be worse off than yourself? Don’t you just hate it when people assume that tiredness is the same for every single person on this planet? Don’t you also hate it when, despite knowing how badly you struggle with fatigue, someone who doesn’t is always delighted to tell you, “Yeah, I’m tired too?” Me too, and I’ll explain why: I fully understand that everyone is entitled to feel tired, it’s a way of life. I also understand that everyone has different levels when it comes to how much tiredness their body can take. However, if you’re a person who is tired because they went to bed two hours before their alarm, or a person who is tired because they were binge-watching “Grey’s Anatomy” for two days solid without going to bed (I salute your dedication by the way, just saying!), then your tiredness level and my tiredness level aren’t really the same now, are they? In my opinion, people who sit there claiming that their tiredness from burning the candle at both ends is the same as tiredness from illness are pretty much insulting every single chronically ill person out there. Obviously with strangers, it’s slightly different as we can’t expect them to carry their crystal balls with them everywhere they go. But, when it comes to our loved ones who know our situations and who know how tiredness affects our minds and bodies, that’s when, personally, it makes my feelings seem less worthy. So, how is chronic illness tiredness different than “regular tiredness?” Well, seeing as everyone responds different to tiredness in general, I will answer that question based on my own personal experience. Tiredness due to my multiple chronic illnesses is a level of fatigue which involves me sitting on the toilet crying my eyes out because I am so tired. It’s when I have hardly been able to move around my house due to lack of energy, yet I’m still sitting on the sofa yawning my head off, with tears streaming down my face and an extreme bout of nausea because I am just so tired. It’s being unable to have a conversation because tiredness has sucked all of the energy out of my body; therefore opening my mouth would use up a lot of the limited supply of energy I currently have to work with because, you guessed it, I am just so tired. Getting an early night doesn’t fix my problem. Doing less activity doesn’t fix my problem. Getting more sleep at nighttime doesn’t fix my problem (and that’s if I can even get to sleep!). Despite being absolutely mentally and physically exhausted, I can’t sleep, even though I would love to (and nearly do) fall asleep wherever my head lands. It’s debilitating. It’s exhausting. It comes with the territory of multiple chronic illnesses (fibromyalgia, chronic fatigue syndrome, etc.). So the next time you’re sitting on the sofa binge-watching 90s shows on Netflix, or re-watching every single episode of “Grey’s Anatomy” and staying up until lunch time the following day – please don’t then tell a chronically ill person that you feel tired too. People like us would love to be able to binge-watch our favorite programs, but seeing as doing that would take up vital amounts of energy we just cannot spare, we have to choose activities which will keep us alive – like eating. Remind me again: Are you tired, too? Because I am exhausted. We want to hear your story. Become a Mighty contributor here. Getty Image by Juliia Tochilina

The Critical Role of Diversity, Equity, and Inclusion in Clinical Trials

Clinical research has impacted your life, even if you haven’t been aware of it. For anything from life-saving medical technologies to products like sunscreen, you have clinical trials to thank. Trials help to ensure the safety and efficacy profiles of the FDA-approved products and treatments we use, offer hope for cures to debilitating diseases, and are an essential component of healthcare. The reality is this—for patients worldwide, clinical trials aren’t just a nice-to-have, they’re a need -to-have. And clinical trials need people. While certain aspects of health are advancing, some people continue to be left behind. There is an abundance of evidence showing that factors like gender, race, ethnicity, age, or co-morbidities can cause disease to strike groups differently. These factors can also determine if a medicine or therapy is safe and effective for a particular group. For this reason, all groups must be represented in clinical research so that investigational medicines can be studied across different patient populations. Yet, major gaps still exist. In fact, a recent study of trials involving 150,000 patients in 29 countries over the past 21 years showed that the ethnic makeup of the trials was about 86% White . 1 The reasons for these disparities are varied and complex. Underrepresented groups may feel a lack of trust in the clinical research process, may not be aware of the participation options available, and may experience logistical challenges. These barriers may include transportation costs and financial implications from taking time off work to participate. The good news is that these disparities have come to the forefront, and rectifying them and promoting better diversity, equity and inclusion (DE&I) in clinical research has become a major focus for the healthcare industry. The Janssen Pharmaceutical Companies of Johnson & Johnson has been prioritizing DE&I in clinical trials for some time, with the goal to build a future of equity in healthcare. Janssen’s DE&I in Clinical Trials team began operating in 2018 as a strategic initiative to shape the future of clinical research across all of the therapeutic areas where Janssen focuses. Team members believe that clinical trials are ultimately about relationships—and that strategic collaborations with investigators, physicians, and key stakeholders can help them effectively communicate the value of clinical research to potential trial participants. Their work centers around meeting the needs of their partners, easing barriers to access to clinical trials and streamlining the experience for all involved parties. When asked about how Janssen can make an impact in this area, Associate Director of Diversity & Inclusion in Clinical Trials, Ramona Burress, shared, “We need to transparently communicate to patients and communities what to expect and what not to expect when participating in clinical research, how they are protected and why their participation is so crucial in the development of treatments. We hope to continue to build meaningful trust with patient communities and create diverse clinical trials for investigational drugs that may serve the needs of all patients who may need them.” Having open and honest conversations about health equity is an integral part of understanding and removing the barriers to participation so that actionable, tangible solutions can be created. Janssen continues to work to better acknowledge, recognize and address the barriers preventing clinical trial participation for underserved and underrepresented populations who may face fear, mistrust, lack of awareness of the options available, and logistical challenges. Among other areas across its portfolio, Janssen is leading the charge in research in immune-mediated diseases, which are so often distressing and debilitating for the patients who face them, and which traditionally have presented patients with limited treatment options. Patients living with an immunological condition such as ulcerative colitis, hidradenitis suppurativa and rheumatoid arthritis, among others, who would like to contribute to more equitable and inclusive research, can visit the Janssen Global Trial Finder and learn more about the Company’s commitment to diversity on their Research Includes Me website. Learn more By putting a focus on relationships first in clinical research, Janssen is working to reduce barriers and increase participation for historically underrepresented and underserved groups, including in disease areas like immunology where there historically have been unmet patient needs and few or no advanced treatment options for a number of chronic autoimmune conditions, such as lupus, Sjögren’s syndrome, and hidradenitis suppurativa. People need all kinds of clinical research. Clinical research needs all kinds of people. With a focus on diversity, equity and inclusion driving its approach to clinical research, Janssen is creating an industry-leading impact for all the patients and sites they serve. explore more with janssen 1 Editors T. Clinical trials have far too little racial and ethnic diversity. Scientific American. https://www.scientificamerican.com/article/clinical-trials-have-far-too-little-racial-and-ethnic-diversity/. Published September 1, 2018. Accessed October 2021.