A couple days ago, my youngest celebrated his fifth birthday. It was a simple affair. There wasn’t a party at the local bounce house place or at the high-priced amusement palace for kids. It was celebrated with people who matter the most to this child and in a way that helped him celebrate on his terms.

As a nonverbal child, who has a host of interesting quirks, the mainstream idea of children’s birthday parties doesn’t work for him. He’s happy to celebrate his birthday in a way that makes him feel happy and loved, not overloaded and overstimulated. For him, a small cake and balloons were just perfect.

Now, I don’t expect the outside world to understand that. I just don’t. And some might view my approach to birthday parties with autism a bit lax. A day where he can get balloons, cake and presents to unwrap. It’s a day he knows that people who love him come together and make him feel special. And just because we don’t do what the norm does on birthdays, doesn’t mean thought wasn’t put into this child’s special day. 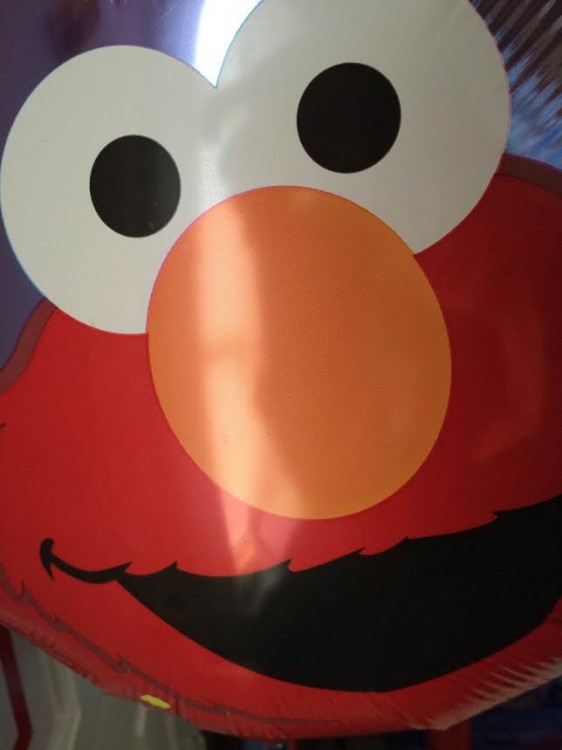 My son loves balloons — balloons with his favorite things on them. Trains, school buses, “Sesame Street” characters, colorful balloons and balloons that sing. If that was all he got for his birthday, that kid would be golden. It’s a simple thing. But he loves them. He knows something special is going to happen to him when he sees balloons. So, on his birthday I take him to the grocery store to get his birthday balloons. This kid knows as soon as we get to the helium tanks that special things are coming to him. The shopping cart is practically vibrating. As a parent, there’s nothing more special than to see your child in absolute sheer joy over something as simple as mylar balloons. And the balloon lady knows who we are. She takes the time to make sure there are lots of ribbon and makes lots of curls, as she knows he’s fascinated with them. Once he has his treasure, we continue  on our way. And yes, I’m the parent doing the rest of her shopping with a child loudly expressing his total joy over his balloons. To be honest, I don’t care how everyone else sees that. But it’s the comments that get to me.

“Does he even realize it’s his birthday?”

“Oh it must be so hard not to be able to throw him a party like the other kids.”

Here’s the thing. People celebrate things differently. People with autism are no different. Some people are low key and some people aren’t. But to sit there and ask me if my child even recognizes his own birthday — well he does. Just in his own way. No, he doesn’t understand age, but honestly, what child does at this stage in life? And it’s not hard to throw him a party where he feels special. So what if it’s a party of the four most important people in his life? He’s surrounded by the things he loves in a place he feels comfortable.

Celebrating a person’s life on this planet should be about them. And if that means you buy them an ungodly amount of balloons, then so be it.

My son celebrated his fifth birthday in a way that was easy for him. He knew he was loved. And at the end of the day, that’s all that matters.

This post originally appeared on Spouse, Kids and Special Needs Aren’t Issued in a Seabag?

Andrea Thomason is a Navy spouse on a fantastic voyage with a husband, three kids and a dash of special needs thrown in. Autism, Fragile X and ADHD rule supreme in her house as well as the odd deployment thrown in. Just to make life interesting! You can find her over at Facebook and her personal blog.