My four tiny boys and I had just arrived at McDonald’s. While waiting for our food, my then 4-year-old noticed two colorfully dressed, dark skinned men sitting at a nearby table. They were enjoying a conversation in a language we couldn’t understand, while sipping their Cokes and munching their French fries.

My son openly stared and smiled. As our family headed toward the playroom with drinks in hand, he peered up at me and spoke with wonder. “Look at those guys, Mommy. They are so black!” They were, and so I comfortably agreed. I was beaming with pride because my son had spent the first four years of his life stimming and not talking. His words were new, and my heart still danced when I heard them.

Moments later I was confronted by an unhappy black woman. “I heard what you said to your son,” she informed me, a hand on her hip and disapproval in her stance. After a moment of confusion, I understood her concern. She went on. “They are clearly visiting our country and should not be exposed to those ignorant comments.”

I wondered if she’d even noticed my colorful brood. My two oldest boys have dark brown skin, the 4-year-old is white like me and my youngest is a coffee and cream color (his dad, my husband, is quite black).

In attempting to tell this woman my reason for not reprimanding my son for his politically incorrect comment, I was given an opportunity to voice an opinion I’d not yet clearly formed.

Those two men were black. My 4-year-old had not lied. And he hadn’t judged them based on their skin color or fascinating and beautiful outfits. Rather, he’d been interested and impassioned to voice his excitement. If I’d asked him to be quiet or worse, not observe and engage with the world around him at all, I would have been in danger of frightening and confusing his natural curiosity, his thrill in enjoying the world. My adorable 4-year-old, who was slow to learn language to begin with, would have heard me bash his newly formed words and his desire to share them. Also, shushing him would be suggesting that maybe there is something wrong with their dark skin.

The woman didn’t exactly agree with me, but she also didn’t argue. She smiled at my boys and admitted that she wanted to think about what I’d said.

If I could find that woman today, I would thank her with all my heart. By being willing to voice her concern, she challenged me to discover my own. And as is so often the case, through parenting, I came to understand what is — to me — an important truth.

Understanding and accepting our responsibilities — not fearing a truth for the difficulties it may bring or what others may perceive it to mean — and being willing to speak out when you feel others may benefit from what you have to say (as that woman did on that day) are what it takes to be an active parent. My mom taught me that.

It’s also a successful recipe for being a passionate and engaged citizen. For my boys and the world they will inherit, I insist on being both.

Follow this journey on Autism Answers By Tsara Shelton. 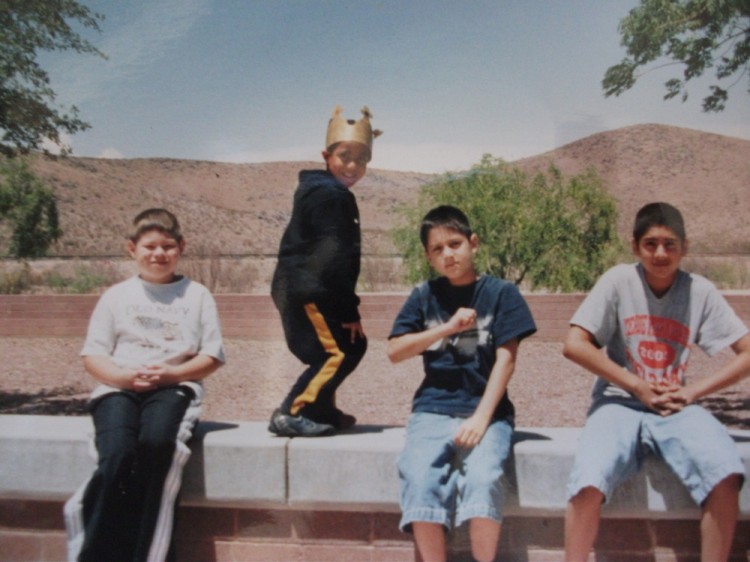 Tsara Shelton is an avid writer of musings and an unapologetic story addict. As the proud mother of four mostly grown boys, she loves discovering and sharing her own beliefs so that she can comfortably expect her sons to do the same. And having grown up surrounded by autism, her beliefs have grown in fertile eye opening ground indeed! Tsara works tirelessly sharing the impressive international projects her mom (Lynette Louise aka THE BRAIN BROAD) works even more tirelessly creating, helping families and individuals with disabilities worldwide. www.tsarashelton.com www.brainbody.net