Yesterday my son, Peter, was bossing the hell out of his brother, TJ. Lately, when TJ blows up, he runs out of the house and threatens to take off.  Now not to sound selfish, but I had a lunch planned with a friend I hadn’t seen in a while, and I didn’t want to cancel it. Judge if you want, but I haven’t gotten out in a long time and I needed it. And by the way, if you are judging, this probably isn’t the blog post for you.

Anyway, I interfered before things got so heated that TJ blew up. I used my best Snow White calm voice to ask Peter to please not tell TJ what to do.

This is when he said, “Mom, I helping him to be normal. Is that OK with you?!”

I took Pete to a different room (yes, he’d said this in front of TJ) and asked him if he remembered last week, when a 20-year-old a**hole made fun of TJ playing mini golf. I didn’t say “a**hole” to Pete — just using it for you guys because well, that guy was one of those. Anyway, Pete said he remembered, and it made him really mad. I told Pete that he just did the same thing by saying TJ isn’t normal in front of him.

Anyway, long story short, Pete felt bad, apologized to TJ, who hugged his little brother, and I got to go to my lunch.  All’s well that ends well.

Except now that kids TJ’s age are going into high school, the difference between them and TJ is more noticeable than ever. And Pete is often the overlooked one when it comes to our daily struggles, as most of our efforts go towards building TJ’s self esteem. 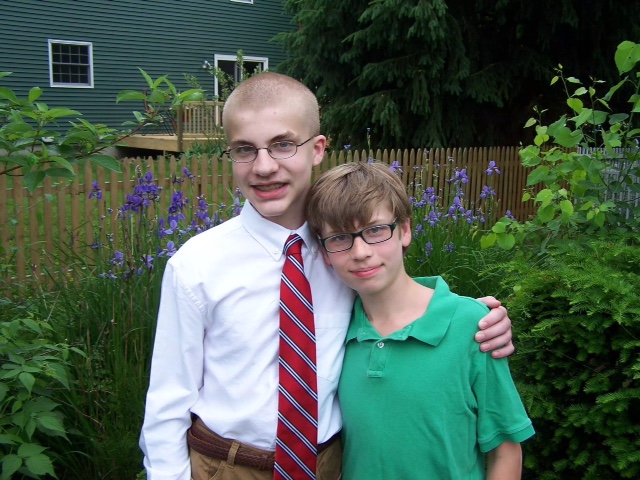 There’s no permanent solution. We deal with our struggles one day at a time, with both boys. Some days I’m spot on. Some days I suck.

But in the end, as long as both boys know how loved and cherished they are, I’m doing OK. Right?

And as long as they keep talking out the good and the bad, well, I can’t ask for much more.

And just out of guilt, I let them have extra iPad time. Just a little.

This post originally appeared on I Don’t Have a Job.