Our Special Needs Marriage: The Good, the Bad and the Ugly

“Why is he doing this?” my husband yelled with evident frustration after seeing another hole punched into the wall and scattered remains of the bookcase on the bedroom floor.

“I think it might be because he has autism,” I answered sarcastically (because, you know, I’m super gracious like that).

This marriage thing… it’s not for the faint of heart. Add a little high-functioning autism with some acute sensory processing disorder on the side? Well, let’s just say it gets ugly.

I love my husband. He loves me – so much in fact that I’ve already felt compelled to write a couple of posts about how awesome and cool he is. And he is. Seriously.

And the reality is we’re two human beings, sinning all over the place and all over each other all of the time. Of course it’s a marital disaster around here, sometimes more often than not. 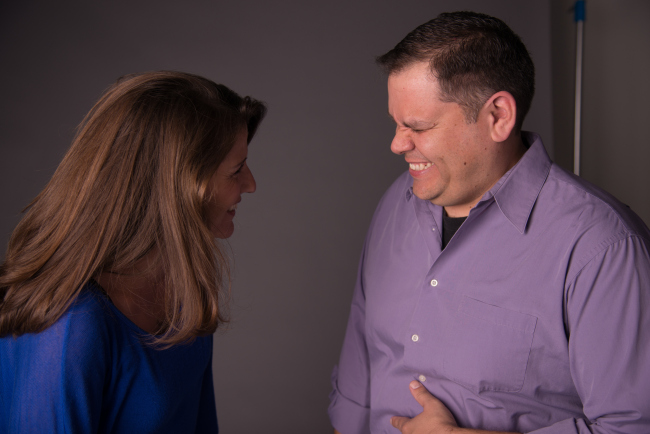 So in the interest of balanced disclosure, allow me to share some of the crazy that is just part of us being married while parenting two special kids.

It’s kinda weird but true. I know for a fact my husband isn’t the reason my kids are who they are (I can’t even hold him genetically responsible), but that doesn’t stop me from blaming him for not somehow making it better. We’ve had entire, long, drawn-out arguments over me thinking if he would just fix his work schedule or have a plan for the weekend, then everything would be fine. Seriously. I do this. Too often.

I’m not alone. He blames me too. Usually because he thinks I’m somehow not parenting the boys well enough to overcome their challenges (even though logically he knows it’s impossible to do). For example, a couple of weeks ago, Mick said to me he feels like he can’t leave the house without things getting crazy (I, being the astute reader of all things between the lines, took this to mean he thought I wasn’t doing a good enough job with managing the boys). I believe my response was a sarcastic, “Oh really? ‘Cause it’s so much better when you’re here? Face it. Our life is crazy. It’s crazy with you. It’s crazy without you. Pick any day. It’s crazy!”

What is good and has helped us recover quickly from these types of situations is to take some time to calm down. We try to never fight in front of the boys. They have enough stress. They don’t need us to add to it. Taking time to fight later when they’re in bed or otherwise occupied also has the benefit of allowing us to both calm down and think about what’s going on. Most of the time, one or both of us come back into the conversation with a little more grace for the other, and we can work it out from there.

2. I Totally Think He Doesn’t Get It

I’m being completely honest here. One of the things that affects our marriage is my pride. Ugh. I hate writing that, but it’s true.

My husband wants my respect. And the truth is, I do respect him. I respect him, and all too often I also think he just doesn’t get this whole autism thing, or the staying-at-home-with-kids-all-day thing, or how-to-help-a-dyslexic-boy-learn-to-read thing. Because of this lie, I often dismiss or downplay his perspective in parenting our boys. This causes all kinds of mess. It creates distance in our marriage. It makes him feel like he isn’t capable (even though he totally is) in parenting our boys. And I miss out on having a different perspective when I desperately need one.

He’s offered some of the best insights as to how to connect with our one son and his interests. He’s inspired our other son to see all of his gifts and not just the fact that his brain struggles to read. Most importantly, he’s done this in ways I never would have done or even thought useful at the time.

So, I’m wrong. He does get it. He gets it in his daddy way, which is different but no less good than my mommy way.

Nothing creates an environment for marital strife, in my opinion, like not sleeping well for a few years. This goes without saying, but seriously, it matters. If affects the way we interact with the boys and even more so with each other. Our worst fights have been in seasons where we were getting a maximum of eight hours a sleep a night between the two of us. 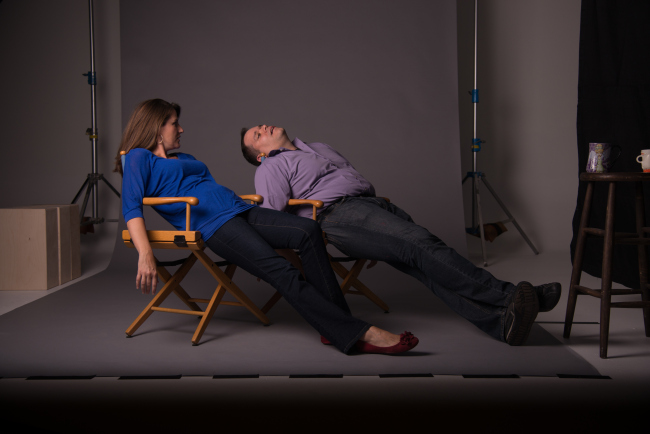 I wish we would give ourselves and each other more grace because of this . There are times I want to say maybe we should stop talking about this and go sleep for a few days and then see how we feel… but then duty calls, sometimes all night long. And that’s just how it is.

I’m grateful that when the boys do leave for visits with their dad, we purpose to lighten the load at home and work. We sleep a little later, eat out or fix basic meals and use the time to recharge, reconnect, and to actually sleep.

4. We Have Had to Learn To Be on the Same Team

We don’t always act this way, but we’re learning that two people fighting the good fight together, instead of at one another, is by far a better way to live. We sometimes have to remind the other that we’re on the same team, that we’re working towards the same goals, that we both want this to be a success. It seems odd that we need to, but we do.

It helps to remember that God brought us together for a reason. He made us husband and wife and gave us these unique little guys with a purpose. That matters to us. It’s meaningful in the moment. It takes our eyes off each other and fixes them on the things above, where the view is so much better. 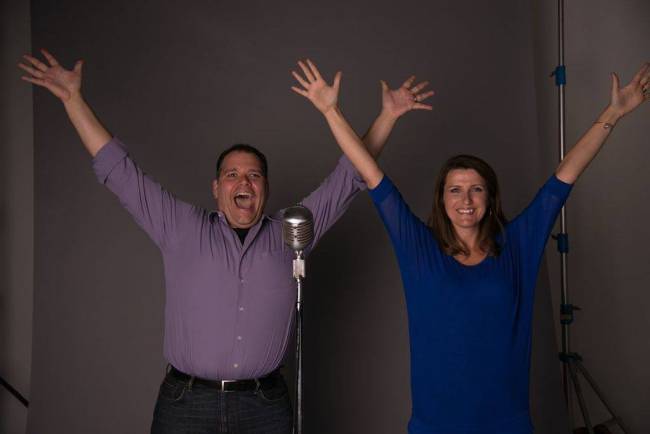 Special needs or not, what marriage isn’t?

This post originally appeared on Not the Former Things.

The Mighty is asking its readers the following: Can you share a moment on your special needs journey that strengthened your relationship or marriage? If you’d like to participate, please send a blog post to community@themighty.com. Please include a photo for the piece, a photo of yourself and 1-2 sentence bio.

Shawna is a wife to her handsome husband and a momma to her two uniquely challenged little boys. She finds herself increasingly required to live beyond the limits of herself and serve a wonderfully complex family &#8212; where high-functioning autism and learning disabilities are schooling her every single day. She blogs about the messy and the painful, the sweet and the beautiful at Not The Former Things.