With the controversial success of “13 Reasons Why,” and the release of a trailer for a new Netflix film, “To The Bone,” I’ve been seeing a lot of conversation on social media. Some have expressed disgust at the romanticization of eating disorders (ED), assuming the trailer for “To The Bone” has set the stage for this tone throughout the entire movie. Others, however, have praised the trailer for depicting a similar story to their own in popular media. Between the two, one thing seems to be clear — people are demanding more representations of their experiences with mental illnesses and they are not going to settle for the stereotypical or stigmatized depictions of the past.

But how do these stories get told in an honest way without causing harm to the viewers? How do we avoid romanticizing these conditions, and instead, show the real and difficult symptoms and circumstances — without causing the viewer harm?

There are ways to achieve these things; and directors, producers, media outlets and actors have a duty to strive for representation. I have no psychological training; just years of living with mental illness, acting as a mental health advocate and years of being a ravenous consumer of media.

Here are my suggestions for responsible mental health storytelling:

“Trigger” has been a hot button word lately. Surrounding “triggers” are a lot of misconceptions and stigmas. Trigger warnings are helpful for people with certain mental illnesses, warning them about content that could potentially cause an unpleasant response. They are not just so people can avoid feeling “uncomfortable.” They are for people who might experience a great deal of harm when they are subjected to certain visuals, sounds or circumstances without warning.

Trigger warnings, however, are not to be used by storytellers to abdicate themselves of all responsibility for their content. They are the first step in ensuring that those who consume their stories don’t experience undue trauma. When viewers are properly informed about the nature of the content they are consuming, they can make the best decision for themselves about whether or not to view the program. People need the opportunity to prepare themselves and be aware before witnessing something that could be harmful to their own mental health.

2. Steer away from graphic depictions.

During the times I’ve been suicidal or self-harmed, I consumed any media I could find that showed and spoke about those things — collecting the ideas to use for myself.

There are ways for stories to shed light on suicide and self-harm without being overtly damaging. It is possible and has been achieved by shows before. “Degrassi,” for example, featured a character who died by suicide, but they never showed or discussed graphic details. With moving dialogue, a thoroughly constructed plot leading up to the character’s death and a focus on the emotional impact after, the story was conveyed with the respect that it deserved. Blood and gore should be left for the horror movies. Suicide and self-harm should be addressed with respect and caution.

Both “13 Reasons Why” and “To The Bone” depict the stories of pretty, young caucasian girls. Mental illnesses affect all populations. They don’t discriminate. Anyone can have a mental illness, and disadvantaged groups might be even more vulnerable. The stereotypical image of someone with an eating disorder is a young, thin, white girl. In reality, eatings disorders affect all races, genders, shapes, sizes and nationalities. It can be a common storyline to portray pretty, white woman as frail and vulnerable, waiting for a kind-hearted boy to swoop in and save her from all her troubles. These Netflix shows continue to perpetuate certain stereotypes.

Mental illnesses are not beautifully tragic. They are painful and they are difficult and, to be honest, for me, they suck. Teenagers shouldn’t be told that their legacy is going to live on forever in the angst of some teenage boy, or that their death will exact the most perfect revenge on those who have done them wrong. I have been a kid in high school who fantasized about how my death would finally make my classmates open their eyes and inflict them with guilt for the rest of their lives. It is a toxic thought, but rationality wasn’t my trademark when I was suicidal.

Stories should not feed into suicidal ideation. Stories should not promote the idea that all it takes is love to cure someone. Mental illnesses are medical conditions that can stem from either biological or environmental origin, and they do not always have a simple cure.

5. Leave them with hope.

Storytellers love drama and tragedy, but with stories about mental illness being difficult enough to tell in the first place, it is important to end with some glimmer of hope. Mental illnesses can be treated — therapy, medication and self-care can help reduce symptoms. There are resources out there to help those struggling. And no matter what — you’re not alone. Even if others cannot simply “cure” you, talking to others may help.

Stories about mental illness are important to share. They reduce stigma, raise awareness and increase representation. We don’t have to settle for depictions that are inaccurate and harmful. We should expect more from storytellers, and they should be considering how to tell stories honestly, without harm. 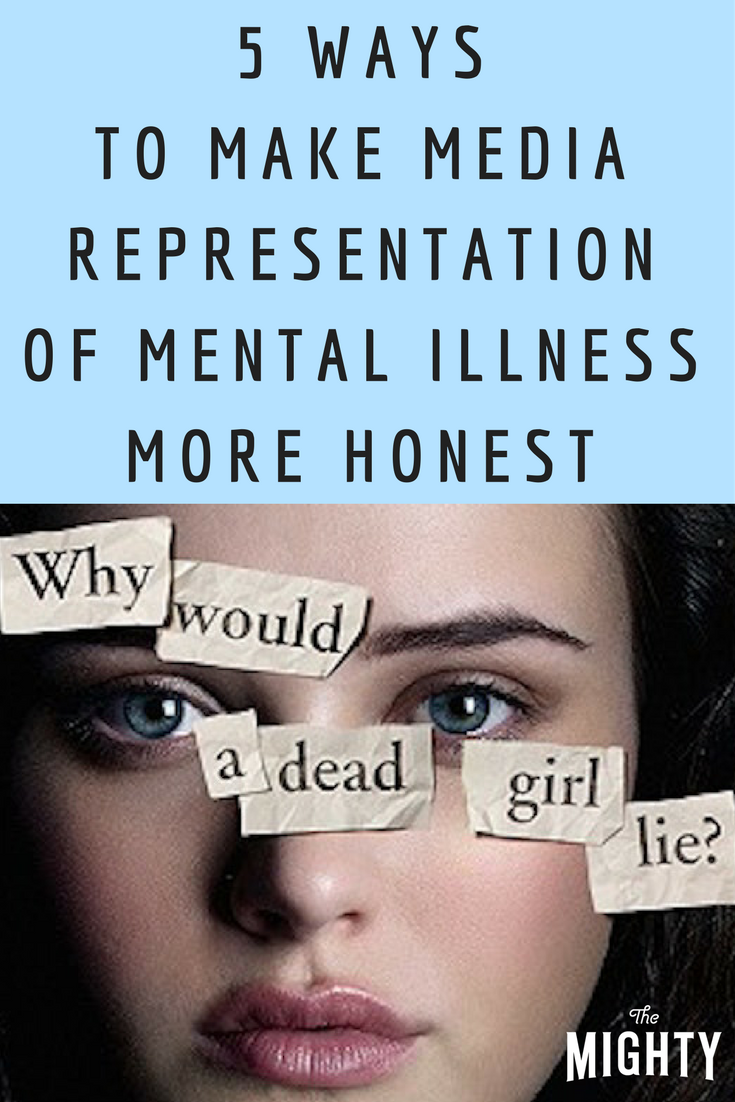 Student and mental health advocate fighting to end the stigma.

elena-plotnikoff
Want more of The Mighty?
You can find even more stories on our Home page. There, you’ll also find thoughts and questions by our community.
Take Me Home