I Kissed a Stranger in Public This Weekend, and I Suspect It Will Happen Again

Have you ever kissed a complete stranger within moments of meeting? It happened to me this weekend. I have no doubt it will happen randomly throughout the rest of my life.

There are probably even more times when I want to wrap my arms around them, as well. Nice and tight, like a cobra, until their eyes bulge and they gasp for air. Perhaps I should explain these desires now before this blog gets categorized and then banned.

Having a child with Down syndrome presents some interesting situations when you’re out in public. My grandmother would have called them “learning opportunities.” That’s code for someone learning something whether they wanted to or not.

The thing is, I forget my son, Charlie, has Down syndrome. When I notice people noticing him, my first thought is, that’s right, he’s flippin’ cute, isn’t he? Sometimes I wonder if they’re thinking, “What’s that brunette doing with such a blond child?” Then I remember I have monthly appointments to ensure we look related (the couple of months during his infancy when he had red hair was awesome, FYI).

So, inevitably, we have exchanges prompted by someone’s realization that Charlie has Down syndrome… or exchanges rooted in their complete lack of education on the genetic condition.

When Charlie was only a few months old, I ventured out to the grocery store, just the two of us. Yes, now that I have two children, I realize just how easy that should have been — “just the two of us” — but at the time each outing required luggage to rival a week’s vacation and caffeine prep to rival a marathoner’s.

As we rolled from aisle to aisle, Charlie was having one of those days when his tongue was just protruding constantly. Children with Down syndrome generally have low muscle tone, and this includes their facial muscles. For the first four weeks of his life, Charlie had speech therapy in the Neonatal Intensive Care Unit (NICU), all intended to strengthen his oral muscles and improve his feeding skills. He has speech therapy today focused on muscle strength, vocal articulation and also sign language and overall communication.

At any rate, kids sticking out their tongues are pretty cute, no? Not to everyone. Some think it’s a gesture of rudeness. Sure, lady. In a 6-year-old who simultaneously wiggles his hands from his ears, yes, possibly rude or just rambunctious. From a 4-month-old strapped in a car seat and ogling the lights in the ceiling? Unlikely.

Woman who has both eye sockets intact: “He sure is sticking his tongue out at you, isn’t he?”

Woman who still has no facial bruising: “Just wait until he hits those teenage years! You’re in for it!”

Me, under my breath: “Someone sure is in for it.” Keep moving so you don’t hit her and get arrested.

Woman who miraculously walked out of the store later, on her own accord: “I mean, you know you’re in trouble when they’re sticking their tongue out that much so young, you know? Good luck to you!”

Me: “Good luck to you, incredibly obnoxious lady who feels the need to share ignorant insights about someone else’s child. Go home to your cats.”

OK, that’s not what I said. And no, I don’t believe all women with cats are ignorant. Just that woman, and I knew she had cats because she had a lifetime supply of kibbles in her carriage.

What I actually said was absolutely nothing.

It was one of those life experiences I’ll replay in my head forever, thinking of even more clever, knowledge-inducing retorts that might have changed both our lives. Thinking of calm, mature responses that might have resulted in some healthy education for a woman who perhaps has never seen a child with Down syndrome before.

I’ve become braver since then – or rather, I feel more prepared. The fight in my blood (which generally surfaces only during interactions with the county about Charlie’s Early Intervention support) has a pretty constant home beneath my public face now. The courage to provide an explanation with a kind, understanding smile has been building.

But I wasn’t prepared for this weekend’s scenario. My husband and I were sitting in the corner of a high school lobby during intermission, eagerly feeding Charlie bites of carrot cake in hopes that the sugar would have a sleep-inducing effect. (Taking two children under age 2 to a high school play is on the same list as wearing Lady Gaga’s meat dress to a PETA party. If you survive, it’s only because you chose the right moment to turn and run for your life.)

Out of the corner of my eye, I noticed an older woman making a beeline for us. She had a hand on my shoulder before I could make eye contact. I still couldn’t tell you what she looked like – our faces were immediately so close, I could only see each facial feature as it came closer.

“I just had to come over,” she said eagerly, holding a hand out to the rest of the table apologetically. “I have a son with Down syndrome, too.”

She had her iPhone out already, queued to the picture of her handsome son standing with a certificate of some kind in his hands. He wore a suit and looked like any other professional proudly bearing an award.

“He’s 23 now, he works at McDonald’s, here he is, he’s just wonderful,” she said, all in one breath. She had moved an arm around me and was giving me a half-hug. “He’s doing just wonderfully, he is so happy,” she said, pushing her phone toward each person around the table as we appropriately cooed and nodded approvingly. My throat felt tight, and my chest hurt a little.

“It’s a blessing,” she said near my ear. “I’m sorry, I just had to come over. Enjoy it.” As she hugged me and kissed my cheek, I could only kiss her cheek in return, as I clutched Charlie in my lap and fought back tears. How weird to kiss a stranger’s cheek with such tenderness – she could have been my mom or my grandmother.

Later, in the car, I couldn’t stop thinking about her. It doesn’t take a rocket scientist to understand my connection with her. I am her. Someday I will feel compelled to kiss complete strangers and share my story of hope with them. It’s a silent understanding our group has: we will encourage each other, reassure each other and, occasionally, kiss each other even though we just met.

And let’s be honest. I might also whisper a tip or two about straight-arming strangers in the grocery store. 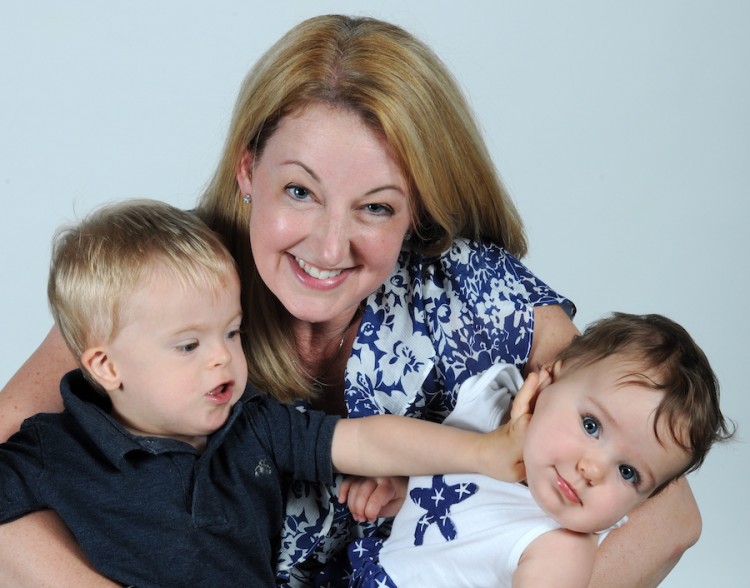 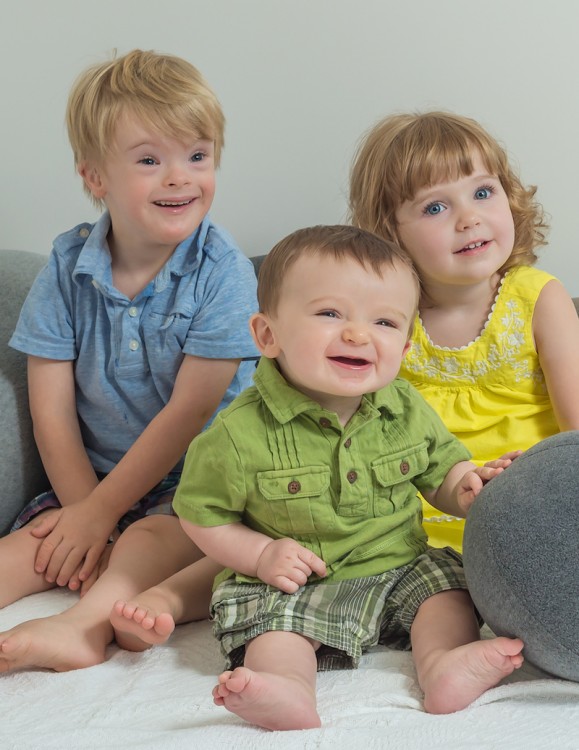 This post originally appeared on Operation Have It All.