When Our Child With Autism Began Using a Letter Board

I realized that my son, Ryan, was autistic on August 25, 2008. It was my best friend’s daughter’s birthday —she was turning 2 just a month and a half before Ryan. I’d made an appointment to check in with Ryan’s pediatrician on that day. Ryan was currently enrolled in feeding therapy and speech therapy, and he was being evaluated for occupational therapy. I wanted to make sure Ryan’s doctor was in the loop and wanted her thoughts about these therapies. Up until that day, I thought I just had a sensitive kid who was behind in some developmental milestones. I figured he would be a late talker, like his dad was.

I brought my husband, Randy, with us to the appointment, and that is when the pediatrician stated, “We can’t rule out mild autism.” She continued to talk. I abruptly interrupted her and said, “Excuse me, did you say mild autism?” She said yes and continued with the appointment. When I got home, I researched everything I could about autism. I felt like a bus had hit me. Ryan fit every single criteria.

I spent the next two days feeling sad and feeling sorry for Ryan and for our family. Then I decided that was enough and I needed to get to work for him.

When Ryan was diagnosed, right on his 2nd birthday, I was sure I was going to “cure him” and that he would be in a typical kindergarten classroom with no signs of autism or a speech delay. We embarked on special diets, supplements, applied behavior analysis (ABA), floor time, speech therapy, occupational therapy, feeding therapy and even physical therapy. I was told to engage him in every waking hour. He needed “intensive early intervention” and I was to lead this. At the time I was seven months pregnant with my daughter, Grace.

I look back at the initial diagnosis and the following years, and I don’t feel like I have a lot of regrets. Randy and I did everything we could to help Ryan. We left no stone unturned. The thing is, to the outside observer, Ryan became less “mild” and more “severe.” His odd behaviors were hard to ignore. The hand flapping and screeching increased. He had repetitive interests and movements, and he seemed uninterested to the outside world. He gained some speech at 23 months old and then gradually lost it. He then regained speech at 4 and a half years old, with almost 50 single words, only to lose it after having two seizures within two weeks of each other. He had no words after that. He still cannot speak.

We moved to California for Randy’s career in July 2011. I’d researched autism in the state of California and definitely felt as though this was the right move for our family. California has been good to us; Ryan attended an excellent private preschool that the school district paid for, we receive respite (free babysitting with a qualified provider) through the state, and I’m able to stay home with my children because the state pays me to take care of Ryan.

Some days are hard. And I don’t mean the kind of hard days most people have.

I mean “hard” as in calling 911 because I’d accidentally left the garage door open and I thought Ryan had wandered from our home. Randy was at work and Grace was just 2 years old. I was sure my son was dead; there was no sign of him. He’s fascinated with water and had no regard for street safety at 4 years old. After 15 minutes, with police officers at our home, I found him in the house, in a hidden corner of my bedroom. I still worry daily that his impulses will get the best of him and that he’ll wander off.

I mean “hard” as in I dreaded waking up every morning in December 2012 – February 2013 because Ryan would awaken in pain and cry as I’d get him on the bus (this is when he had duodenal ulcers and severe gastritis and could not tell us).

I mean “hard” as in waking up in the middle of the night on January 1, 2013 to Ryan screaming in pain and clawing at me desperately for an hour and a half. We found out the next day via X-ray that he’d swallowed small screws. Ryan has pica, which means he eats many non-edible items even though he knows he shouldn’t.

I mean “hard” as in getting a call from my son’s school stating that he’d had a seizure for three to four minutes and was now sleeping on a bean bag chair.

Everyday life in the Curry household isn’t easy. I have countless stories like these that show the worry and frustration our family constantly goes through. I share all of this so those of you who are not affected by autism on a daily basis know what it can be like for an affected family.

This past year has been nothing short of life-changing for Ryan and our family. We have so much to celebrate, and I’ve never been more hopeful for his future than I am right now.

Ryan may not be able to speak, but we’re finding his voice. He’s been working with professionals and with me for over a year now with Rapid Prompt Method (RPM). We started with Ryan at 7 years old with answering choices for academic lessons. Ryan progressed from choices to spelling out his answers on three stencils (using A-I, J-R, S-Z) to using just two stencils, using a 26-letter board that can be folded in half for A-O and P-Z. He can now answer and communicate using a full letterboard.

Some of the things he’s expressed to us in the last eight months seem implausible. We’ve thought, How could an 8-year-old boy have such complex thoughts when he is still watching the same “Mickey Mouse Clubhouse” episodes on his iPad that he watched at 18 months old? The boy who seemed to be so much in his own world, who preferred to play with ribbons or beads all day long. The boy who was still just matching colors and letters in school.

The thing is, Ryan has always been learning. That’s the misconception with autism. The thought is that these children don’t understand what we say to them. Over and over again, professionals told us to speak in “short phrases” and to “keep it simple.” We’re told that because our kids cannot demonstrate understanding, they don’t understand. I say that this is simply untrue.

Ryan can read and spell. He taught himself.

Ryan has compassion. He almost seems to have too much compassion at times. 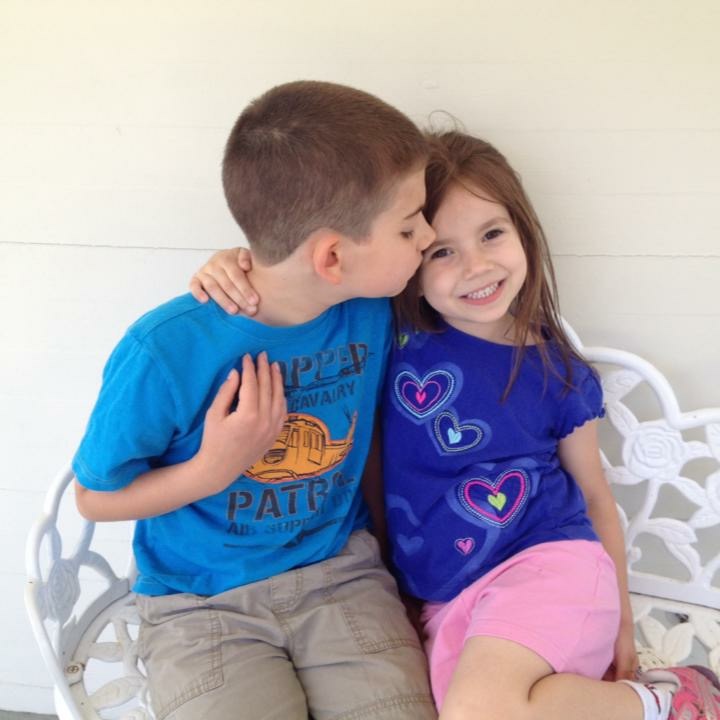 He’s affectionate. He cares about others.

He has an imagination. He wrote a story about a basketball player, a zebra and a lion. It can be found here and here. These are some of the thoughts that Ryan has spelled out:

“MY MOM IS THE NICEST MOM IN THE WORLD.”

“IN MY MIND, I KNOW THAT MY MOM MISSES HER DAD.”

When he got into trouble for doing something he wasn’t supposed to do he stated, “IN HINDSIGHT I KNOW BETTER.”

While in a session with another boy who was having difficulty, he asked, “ARE YOU OK, WILL?”

In that same session he stated, “I WOULD LIKE A LOT OF PETS.” And when Will told him pets are an endless amount of work, Ryan retorted, “YES, WILL, HOWEVER, MOMS WILL CLEAN.”

“MY TIME IN WISCONSIN HAS FELT HAPPY.”

“I AM BELIEVING ALREADY GOOD THINGS WILL HAPPEN.”

“I AM WONDERING IF MY GRANDPA BOB WOULD ACCEPT ME?”

So this year I challenge you to rethink what you know about autism. Try and put any preconceived notions aside. Ryan and other children and people with autism are just like us.

Their bodies don’t always show this. In fact, their bodies may do the exact opposite of what their mind is thinking. Examples of this are nodding for “yes” when really meaning “no,” walking away from a situation they really do want to be a part of, and laughing when they’re being scolded when in reality they know the situation is not funny.

I also ask that today, and going forward, you speak to people with autism just as you would want to be spoken to. Treat them as you would anyone else.

What I would also like to share with all of you is to never, ever give up. Randy and I and our entire family have more hope than ever for Ryan. We truly believe he can do anything he wants to do in life. And we hope he’s up for the challenge. I know we are. 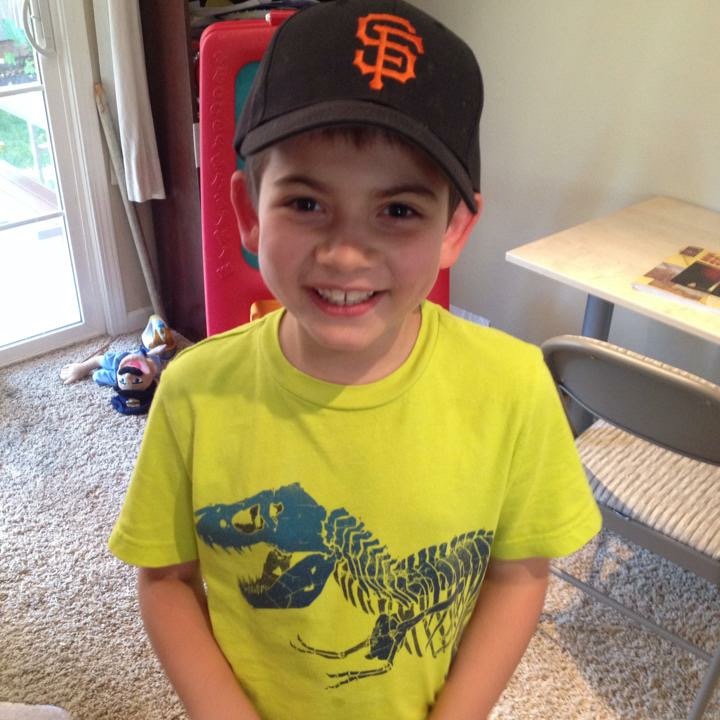