The Day I Told My Daughter Her Older Brother Has Autism 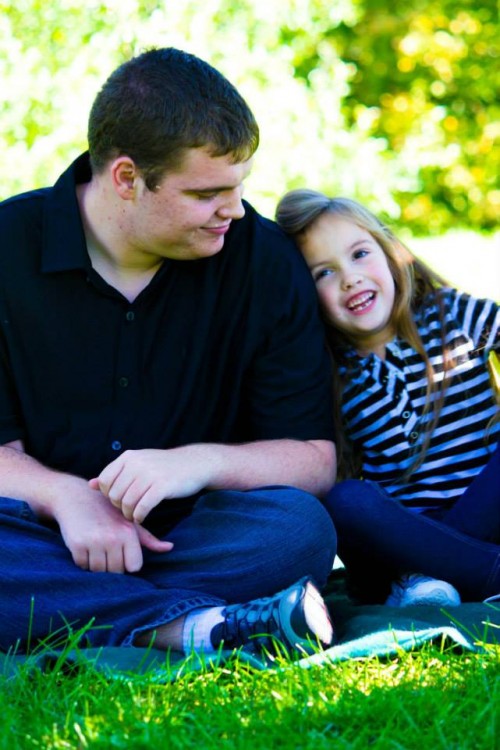 Ready or not, today was the day.

For almost seven years, I’ve pondered and prepared and waited for the subject to come up.

She didn’t know it’s been a part of her life from the day she was born — even before that, since autism was the major consideration in planning whether or not we would conceive her. We’d reviewed statistics and debated. What if…?

Ultimately, we decided we could handle whatever life handed us. And here she is, asking The Questions.

The fact that it took her nearly seven years to ask about autism tells me that although this has been a natural part of her life, now she’s becoming more aware. Aware of the sign language and PECS symbols. Of the in home support staff. Of tagging along to the endless doctor visits. She’s understood since before she could crawl that she must never touch The Medicine. She now sees how our family is different from other families.

I must say, the build-up to this moment was significantly more grand in my mind’s eye than how the interaction, all two minutes of it, actually played out.

My daughter: Mom, why does my brother need you to help him so much? And why does he take medicine?

Me: His brain is different from other brains, and sometimes it doesn’t work exactly the way he needs it to work. The medicine helps with that. The way his brain works is called autism. He’s not the only one. Lots of people have autism.

Daughter: (without skipping a beat) It’s too bad we can’t go on The Magic School Bus and go inside his brain and make it work. Then he could talk. And he wouldn’t have to take medicine.

Me: Maybe sometimes he wants his brain to work like everyone else’s brain, but the autism also makes him special in a lot of ways. Like how he is really good at computers. And how he makes such amazing art.

Daughter: Yes. Maybe we could call The Justice League to have Batman go inside his head and give him a Brain Zap. He could zap it, and my brother could talk and not take medicine, but he wouldn’t zap the computer parts. Or the art parts.

Me: Hmmm… *debating a philosophical discussion with a 6-year-old*

Daughter: Can I have some chicken nuggets?

That’s enough #‎AutismAwareness for one afternoon.

The Mighty wants to read more stories about siblings, whether it’s your favorite memory or a tough moment that taught you something. If you’d like to participate, please send a blog post to [email protected] Please include a photo for the piece, a photo of yourself and 1-2 sentence bio.