When my son was about 5 years old, he proclaimed he was an animal psychic.

His therapists and teachers all wrote this on his evaluations prior to entering first grade: the speech language therapist, the occupational therapist, the school psychologist and the resource special education teacher. Each team member had met with him individually and documented his declaration that he could mentally talk with animals. He was adamant that he had this skill and that he was going to make this his profession. Where he got this we’re not sure, but I’m guessing my “Thank You” card should be sent to Eddie Murphy’s “Dr. Doolittle” movies. Regardless, it made for an interesting IEP meeting.

Being the open-minded autism mom that I am, I decided to try animal therapies for my son, who obviously has an animal super power. Animal telepathy.

I had researched amazing things about hippotherapy, which is movement therapy on a horse that dates back to the ancient Greeks but was not acknowledged as treatment until the 1960s as a form of physical therapy. Our private OT loved this idea and encouraged us to give it a try to aide my son’s sensory processing disorder.

Having grown up riding horses, I envisioned horse therapy being great bonding time with my son and me. Maybe this would be our thing.

We signed him up for a Saturday ride where he could get up close and personal with a horse. It was an epic fail. He was terrified and refused to go near the brown beauty, let alone mount the beast. And then there was the meltdown of the century.

Instead of wasting the pre-paid hour, I rode on a horse I nicknamed “Turbulence” because one of his legs kept giving out. Bumpiest ride ever. I thought to myself, “Maybe he could talk to the horse with the unsteady leg.”

We moved on to the next stop on our animal therapy tour. 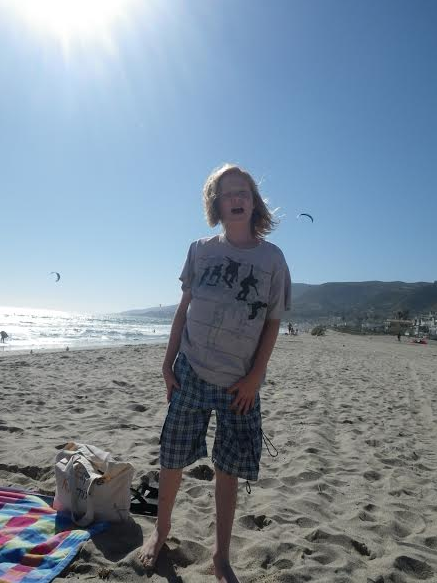 We live in Southern California, so my son was practically born in salt water. The ocean and swimming pools were a big part of our occupational therapy, so I concluded dolphin therapy was a natural progression. We planned a trip to Hawaii (where my mom lived at the time) so my autistic animal psychic could swim with the dolphins.

Again I pre-paid, confirming my child’s healing adventure with the magical fish. Then I waited with sweet anticipation for six long months.

Upon our arrival at the dolphins’ tanks, I was beyond ecstatic. My son? Not exactly enthusiastic. He refused to wear the required life vest and once again had the most massive meltdown of all meltdowns.

And so I ended up in the cold water, rubbing my hands over a lumpy dolphin. “She has tumors,” the dolphin instructor informed me.

While the dolphin was beautiful, it wasn’t exactly healing or soothing to hold onto a tumor-ridden dolphin. Had my son touched this slimy, bumpy creature, it would have been a nightmare for his tactile dysfunction.

Maybe the dolphin had warned my son telepathically.

Most parents would give up at this point, but not me. I was determined to find the perfect animal to kick off my son’s desired animal psychic career.

And so, we got a therapy dog.

A beautiful lab mix who was the sweetest thing ever to grace our lives. I bonded with her instantly, and she became an integral part of the family. However, my son was hardly interested in her at all. Over the next four years, he kind of liked her, but her unconditional love was not returned. He didn’t want to sleep with her, he didn’t want to feed her and he certainly didn’t want to walk her.

It was time for me to admit my son was not an animal psychic after all.

Once again on this journey with autism, I learned that there is no “one size fits all” for therapy. I’ve talked to people who have benefited greatly from hippotherapy and have read beautiful stories of dolphin encounters. There are therapy dogs that have changed the lives of many children with autism, but not ours.

I don’t regret trying any of the above listed therapies. In fact, we’ve had many adventures since, and each one has had a lesson. Sometimes they work, and sometimes they don’t. That’s life.

With our not-animal-psychic, but perfectly fabulous son with autism. 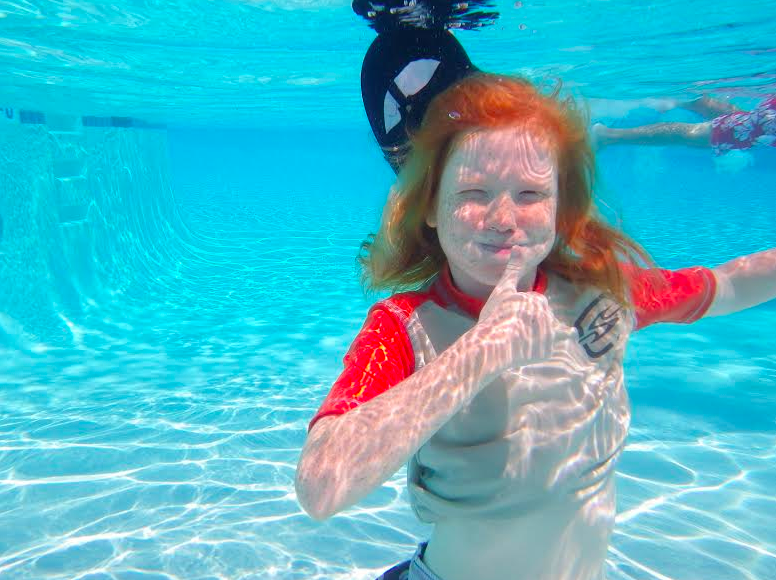 This post originally appeared on Peace, Autism and Love.