Why I Want My Daughter to Curse

No, not right now. My daughter’s 2 and a half years old, silly people! Right now I want her to spout goofy things or get all serious like she did the other day when she said, “I love you, Daddy.” I’m not ready for her to go all Richard Pryor or Eddie Murphy or George Carlin on me, though come to think of it, it’d be pretty cool if Sienna started dissecting language the way the great Carlin did.

No, I just don’t want her to become like me, a person so scared of being judged that he’s unable to say the four-letter words that comfortably fill the public lexicon. 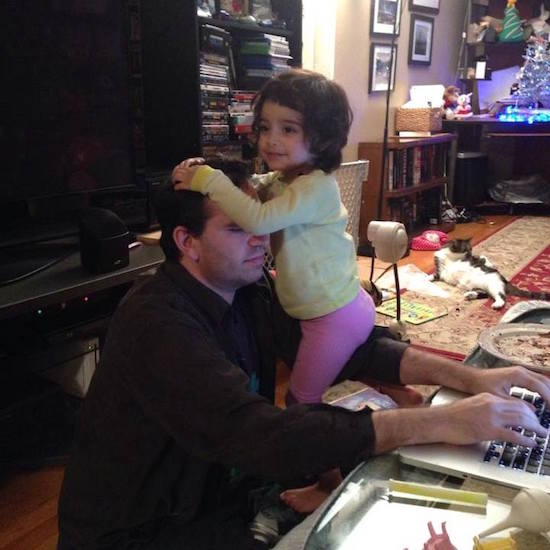 I’m not ready for Sienna to have her mom’s sailor mouth, but eventually, when she’s a teen, I don’t want her to be afraid of speaking the language of her classmates (yes, we’ll have the comedic swear jar). Once she reaches adulthood, I hope to be ready for her to speak such words in my presence as part of normal conversation because the reality is that cursing is ordinary and sometimes, often even, acts as a release for pent-up stress.

I wish I had that release, but I’m terrified of what people will think of me if I curse – fear of judgment, just another aspect of experiencing depression. I’ve been trying to figure out where this particular one comes from and I believe it’s from my father, who in turn got it from his mother. My grandmother doesn’t curse at all and doesn’t believe either of her children, their spouses, any of her grandchildren or their spouses use words like s–t or f–k… ever. She lives in a perpetual dreamworld, a life of denial, because as far as I know, just about all of them curse. My late grandfather, teller of bawdy jokes, probably cursed, though never in front of my grandmother. My dad? I assume he did when he was younger in front of friends and while in the National Guard. I know he does at work sometimes. I heard him once when I temped at his office. But he seems uncomfortable with it, like my grandmother’s directly in his brain.

My dad never cursed in front of me when I was growing up and seemed terribly uneasy when my mom did. And I think I took that discomfort and internalized it to the point where I can’t curse in front of anyone… not even my wife. I think I feel if I utter a f–king this or f–king that or call someone an a-hole, my dad will know and think less of me. To be honest, I imagine everyone will think less of me. And that’s ludicrous. Why would anyone care? But just like with my anxiety, it manifests physically, twisting my stomach, weighing on my chest, my veins feeling like they’ve been shot with cold radioactive dye. I even have trouble writing the words, as you can see by my incessant use of hyphens.

I tried to change when I went to college. I went in there thinking that I’d start cussing like Al Swearington on “Deadwood” (OK, “Deadwood” wasn’t on yet, but you get my meaning). I wanted to create a new identity. I wanted to be normal. So I tried. Freshman year I said something about my roommate to my best friend, something like my roommate’s “getting off” on being a jerk and my best friend’s eyes widened to the point where I thought they’d burst.

“You’ve never said anything like that before!” he shouted. I know he was proud, but I took it as criticism – and I didn’t even really use a swear word! And that was it for me in college. I couldn’t curse after that. Freshman year became a pathetic war with hallmates trying to get me to utter obscenities.

And he’d laugh when I couldn’t because at that point he’d win. They’d all win. I’d be cursing for them, not for me. And the pressure in my head built.

When alone, profanity swirls through my head and expletives spout from my mouth. If driving alone, I’m not immune to deriding a bad driver with a “motherf–ker” or even give someone the middle finger. When I’m alone, vulgarity comes easy, but my jaws clamp in front of others. “Friggin’” I’ll say. “Morons. Jerks. Idiots.” For the longest time I wouldn’t even say “hell” or “damn.”

Eighteen years post-college and I’ve cried in front of my therapist about my inability to curse, tears streaming, face scrunched and reddened with embarrassment and anger.

“You’re safe here,” she’ll say, leaning toward me as I twist myself into a pretzel. “Let go. Say f–k.”

I sputter like Fonzie trying to admit he’s wrong. “Fu…fu…fu…fu.” But that’s as far as I’ll get.

And she’ll leave, the door clicking. I’ll sit there furious with myself, face blotchy, hands tightened into fists. The room dulled and quiet. Sometimes I’ll whisper it, sometimes not. It doesn’t matter. No one’s there to hear me so I’ve still failed. “F–k” and “s–t” and so many others remain missing from my daily speech.

I have, however, added some over the years. For some reason I can now say “hell” and “damn” and even “bastard” and “son of a b*tch.” It took 30-plus years for me to say those words out loud in front of people. I’m not sure if I say them in front of my dad. I know I don’t say them in front of my grandmother. But I still feel so much internal pressure when it comes to swearing, like the world would stop, a collective gasp catching in everyone’s throats, fingers pointing, judging, always judging, if I dare utter the f-word in front of another person. And I don’t want that for Sienna. I never want that for her. The cycle that began with my grandmother, passed to my father and then to me seemingly by osmosis will end. I want my daughter to curse.

I look forward to having a swear jar and by the time Sienna’s old enough, I hope to be adding a few coins to it myself. 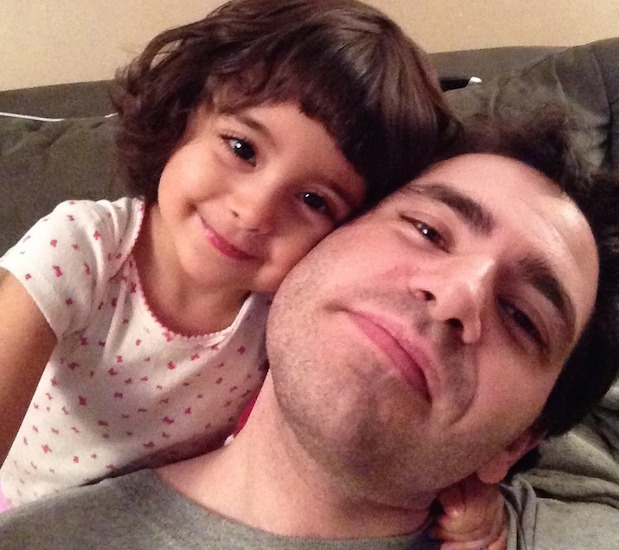 A version of this post originally appeared on Raising Sienna.

The Mighty is asking its readers the following: What’s one secret about you or your loved one’s disability and/or disease that no one talks about? If you’d like to participate, please send a blog post to [email protected] Please include a photo for the piece, a photo of yourself and 1-2 sentence bio.