These 2 Photos Taught Me Something We All Need to Understand

The other day I was trying to get a picture of the newly mowed lawn (which had previously been a prairie). My son Carter followed me out, so I decided to include him in the picture. 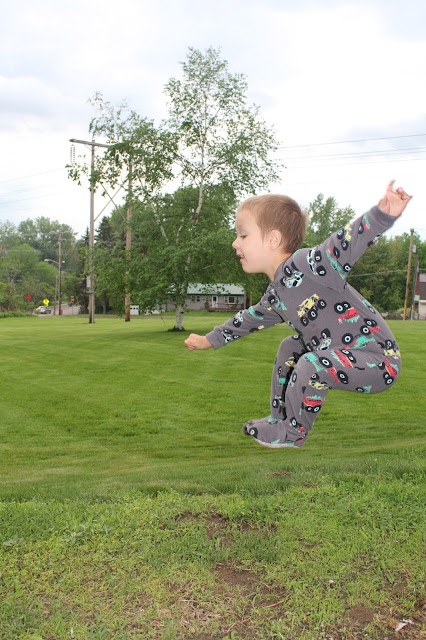 Later that day I was back out with all three kids, and I decided to get a jumping shot of my daughter Addison too. 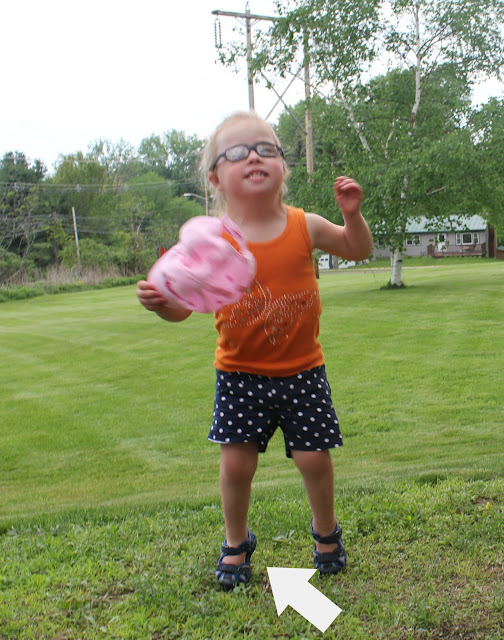 When I uploaded the pictures, I was struck with the contrast between them. Addison has jumped with her feet off the ground before, but for some reason today this was as high a jump as she was able to muster. Carter excels at jumping and I felt happy to just be able to capture one of them so clearly.

When you first look at these pictures side by side, your first thought might be, “Poor Addison. Down syndrome is holding her back from achievement.” 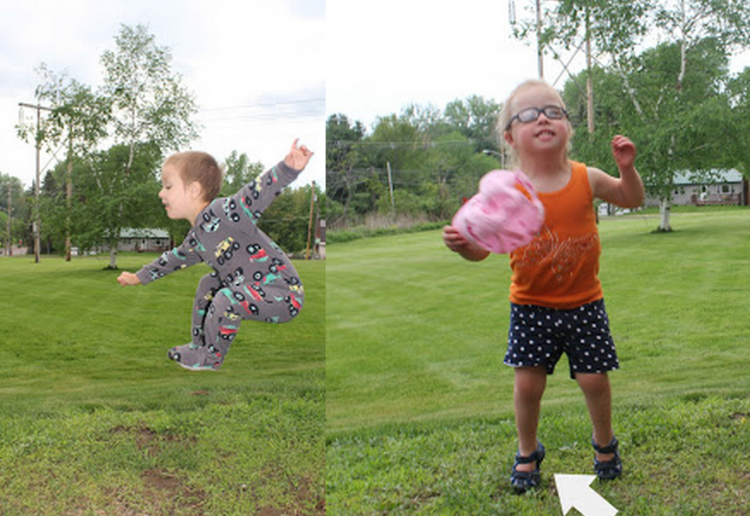 You see, Addison is very good at dressing herself. She will take herself to the potty, put on a fresh pull-up, and then put on her pick of clothes (or sometimes things I have laid out). Carter? He thinks he is being majorly tortured if I expect him to actually take off his sleeper by himself to go potty, let alone dress himself in new clothes — I’m a mean mommy with too high of expectations!

I feel like this excellently illustrates something I have been feeling for a while — we are all good at different things and none of us should be judged based on the things we aren’t good at just because someone else along side us is good at them. And vice versa.

… without taking into consideration there are many other moments when it’s Addison flying into the area and Carter is barely lifting his heels. Moments like before the first picture while she dressed herself and he refused to try.

I don’t say this to compare the two or to pit them against each other. I say this merely to remind myself of a simple concept having a child with special needs has taught me:

You know how I know this? Addison taught me. Because while I am good at thinking inside the box and judging based on perceived intelligence, Addison is really good at demonstrating outside the box how intelligence doesn’t always look how I once thought it did. Intelligence is a sneaky thing and it’s all around us in many different forms.

Sometimes intelligence means struggling to communicate verbally and finding a million other ways to say exactly what she means.

Sometimes intelligence means not following instructions, not because they aren’t understood but because she has a mind of her own and a will to explore.

Sometimes intelligence means smiling and laughing hysterically over the smallest things because the value in the little things are comprehended without having to be taught.

Always look deeper than the first glance. Always assume there is more there. Search to find the “good at” in both sides of a situation where you are tempted to judge.

Living with three children who are very different from each other, I feel like I have a first row seat to this life lesson.

And sending a child with special needs off to kindergarten in the Fall, this is what I wish her kindergarten world would know. No, she won’t jump as high as the rest of her class in academics, or PE or even in feeding herself at lunch. But she is good at other things. Other things are just as important. You just have to care enough to notice.

A version of this post originally appeared on Everything and Nothing From Essex.