He Was Called ‘the Ret–d of the Family.’ Then I Learned the Real Story.

My first introduction to the disability world was my dad’s cousin Joey. The “retard of the family,” as I remember my grandmother saying.

Cousin Joey was the only son of Aunt Loranne and Uncle Andy. They were told to institutionalize him when he was born. At that time, this was the “pretty good option” many families took. But my dad’s aunt refused. They took Joey home. To raise him like any other child.

I remember as a kid how much of a production it was prepping my grandmother’s house for a visit from them. Good stuff was put away. Valuables were locked in a room. They told me Joey had no self control and would break everything. I even had to hide my candy, which really didn’t make sense to me. He was in his late early 30s at this time, but Joey, as I was told, would eat everything. He was big, he was unpredictable and I was scared sh*tless every time he came over.

When I knew him, he was nonverbal. He’d grunt and point. Scream and hit his head. He’d sit in the most pretzel-like positions. I heard, “but he always seems happy” and “God gives special children to special people” tossed around a lot.

As I got older, Joey didn’t come around so much. Until he became… forgettable.

Around the time I got married, I learned Joey had died. He had to be somewhere in his late 50s. He choked to death. He’d broken into one of the locked drawers and shoved food down his throat. And that was that. He became forgotten again…

Until my daughter Devan was born and we received the diagnosis of Down syndrome.

And I started to remember.

And I started to ask questions.

Through the wonders of Google and other search engines, I found Joey, the “retard of the family,” had lived a pretty good life. He excelled at the place he worked. He earned awards and achievements. He was loved. He was a son. And a friend. And I’m embarrassed that I never really knew him.

For me, the forgotten had become the remembered. Because I see Joey every day in the face of my little girl. I started to remember when he’d smile at me or play ball with my dad and me. And I’ll choose to forget the stereotypes and prejudice I held on to for so long.

My introduction to the world of disability may not have been sunshine and unicorns. But I’ll make damn sure those who meet our family know the stereotypes and perceptions they may have about those with a “retard of the family” are far from true. 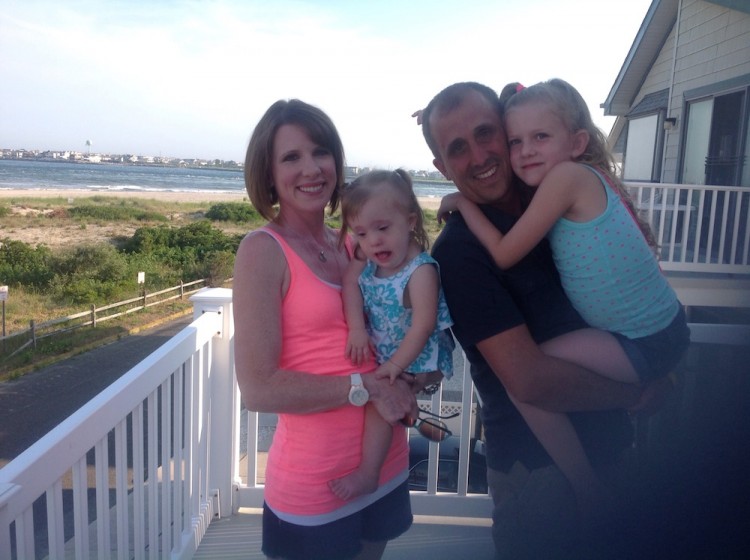