My Friend With Special Needs Says He’s a Power Ranger. Here’s Why I Believe Him.

Many Friday nights during my time in college were spent going on adventures. Some were with a few of my frat-boy buddies going to a night club, while others were spent going to the movies. But no matter where I was going or what I was doing, chances are a familiar face would tag along.

Although he wasn’t officially a college student, my friends and I almost always had Bill, my best buddy, tag along with us. He’s just one hell of a fun guy to be around. He has developmental disabilities, but we only saw him as the adult he was who deserved a social life and friends beyond his typical day-program circle.

A typical highlight of the night would always include late night pizza with my loft bed mattress on the floor in the dorm room so Bill could have a place to stretch out all while telling us typically partied-out college kids stories of his life — more specifically his life as a Power Ranger.

Bill was quite the storyteller who always kept us captivated by his stories of bravery and heroism. Although we knew his tales of ’90s ninjas in neon were his dreams, we were addicted to his stories.

From what Bill’s direct support staff told me, Bill can go off on a weird tangent at times where he doesn’t distinguish fantasy and reality very well. He can get confused — lost in a moment, if you will. He had a challenging childhood growing up in the ’60s and ’70s, as being a child with special needs in a world before ADA was a tricky time. All he wanted was acceptance and to be loved. Sadly, society wasn’t looking at the big picture of what he is capable of.

But I don’t believe that rubbish regarding his stories as make-believe for a reason.

I think he’s worthy of Power Ranger status. And a lot of my friends see it, too. 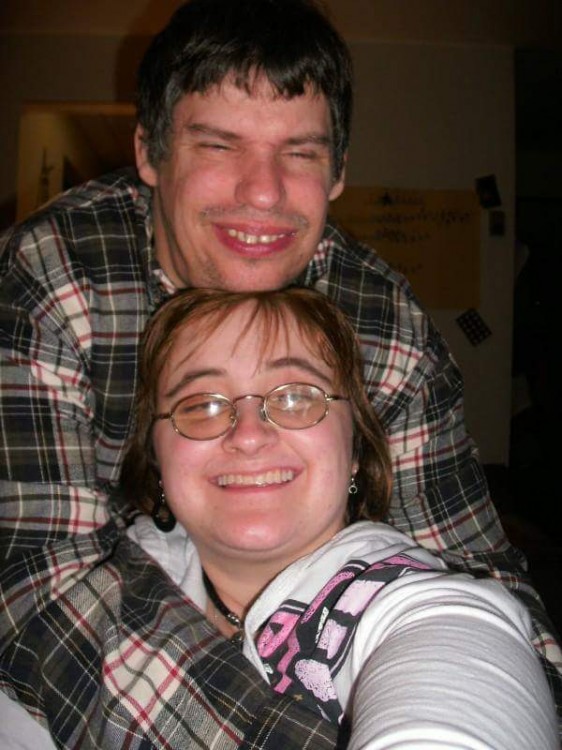 A Power Ranger does good for others, even when they’re undercover. If you’ve seen the series, the incognito teenage superheroes are always doing something community-related or standing up for the little guy, whether it be a bake sale or tutoring a bunch of younger kids.

Bill has done all that and more as a member of his local self-advocacy groups, from helping in event planning to teaching little kids that people with disabilities aren’t scary, and that they’re actually people just like them.

A Power Ranger always speaks up for what’s right, even if others say it’s wrong. After my college years were over and I moved to Florida, I stumbled across an old news article from 2012 about an event that was held on the front steps of the Rhode Island state capitol where people of various disabilities held a candlelight vigil protest due to budget cuts on the programs that kept them out of nursing homes and in the communities where they belong. In the article they interviewed Bill, speaking on behalf of so many who don’t have a voice. One quote that stuck out was, “I appreciate what I have and I don’t want that taken away.”

A Power Ranger sets goals and makes them a reality. One of his proudest and most bragged about moments was that he moved into his very own apartment, something worthy of bragging rights. He went through many years of fighting for his right to live alone and in his early 30s was able to get his own place despite many who didn’t agree he was ready. Life takes strategy and careful planning and sometimes a good fight.

A Power Ranger knows when there is a job to be done and does it. I have to admit, there are times where I slack off on the job and get tied up into the water cooler politics and tend to not be as focused as I want to be. But when you stumble across Bill at his job in a small Massachusetts movie theater , he will be super focused and not want anything to break his concentration, even if it was a hug from yours truly. (I need to step up my A game.)

A Power Ranger well be honest with you within reason. When people judge him, he always goes at it with a smile and a question: “What do you want to know about me? Ask me anything.” He has told me stories of little kids making comments about his crutches or wheelchair as their mom and dad rush them away. That’s totally not a way to teach them. “How are they supposed to know about disabilities if it’s pushed under the rug?” he asked me back when I witnessed such an issue before on one of our outings. And you know what? He is right. Education is key. (And almost every “Power Rangers” episode has a moral behind it, right?)

Although his stories might seem like nonsense to many, take a closer listen. Sometimes being a superhero starts with being yourself.

Do you have a story about your experience with disability or disease? Maybe a moment that made a big impact on you? Please send it to [email protected] and include a photo for the story, a photo of yourself and a 1-2 sentence bio. Check out our “Share Your Story” page for more about our submission guidelines.

Share
or  Copy Link
Link copied to clipboard.
Be first
27