It was a day Lila May and her loved ones will never forget.

Lila May, 5, from Hood River, Oregon, was diagnosed with stage IV neuroblastoma in September 2012, according to her Facebook page.

Doctors have said treatment is no longer an option and Lila May isn’t expected to live much longer, KOIN News reported. Knowing her most recent birthday could be her last, Lila May’s family decided to make it a memorable one. They created a spectacular event that was part birthday, part Cinderella ball, part prom and part wedding day — “everything she won’t get,” Heidi Hall, Lila May’s mother, told the outlet.

The community came through for Lila May and her family after a call was put out on social media for help with the party planning. People donated time, money and party supplies to make Lila May’s big day magical.

On July 31, at the Butler Bank Building in Hood River, hundreds of people showed up to watch Lila May arrive by horse-drawn carriage in her custom princess dress, KATU News reported. Everything was donated, from the food to the artwork and the costumed actors who posed as Disney princesses.

Check out some photos from Lila May’s big day below:

“We just want to give her everything she deserves,” Lila May’s father, Ryan Schow, told KATU News. “We wouldn’t have gotten this far and been able to fight this hard, without all the help we’ve been given. We’re so very grateful for that.”

Watch the video below for more on the story:

Visit Lila May’s Facebook page to keep up with her. 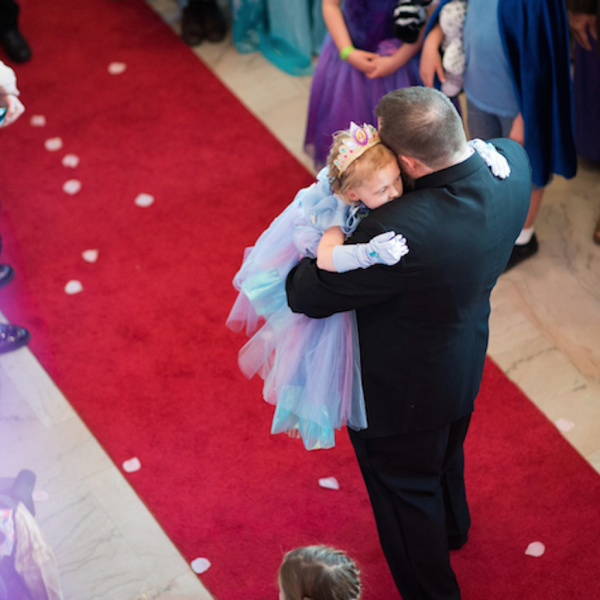