Sex. A topic that can evoke feelings and thoughts of happiness and sadness, fear and joy, insecurity and intimacy, to name a few, whether an individual has cerebral palsy or not. But when you have CP, it can complicate matters a little, both physically and emotionally. And while I’ve been somewhat reluctant to write about this, I think it should be done, because after all, it can be a fairly important and normal aspect of people’s lives.

The Problem With Myself

My biggest concern about sex, quite simply, was whether I would ever get to experience it. In my mind, this was a totally legitimate question and one that I had no clear answer to at the time. I only had hope. Relationships in general were such a big obstacle for me growing up because the people I met when I was younger weren’t interested in being with someone with cerebral palsy.

But my own self-confidence was also down in the gutter, and I could not for the life of me understand why someone would want me. People usually pick up on that, and let me tell you, it’s not a chick/dude magnet. But as I grew older, my confidence in myself changed for the better, and relationships, and subsequently sex, weren’t just a pipe dream but also a realistic part of my future.

Another mental obstacle for me to overcome was to let others near my body in an intimate way. As a kid, I was used to getting help with various tasks, some more private than others. So I wasn’t unaccustomed to having less privacy in some areas, but that was in a totally different setting. When it came to intimate and sexual settings, I felt way more uncomfortable, in part because I was uncomfortable with my own body.

Silly things like scars suddenly started became a source of worry when they hadn’t been before. My stiffness and clumsy movement became a source of embarrassment as well. It took many hours of thinking and experience before I finally became comfortable with letting someone so close. But as with all things in life, we grow quicker when we are outside our comfort zone, as long as it’s our own choice at least.

I remember the first time I had sex, I was unsure and insecure (probably like most other people). However, unlike most other people, I was also unsure because of my CP. Would I be able to do everything? What if I started to get spasms or cramps in the middle of it? How embarrassing! Will she think I’m clumsy? Should I tell her I’m nervous about this? These questions and concerns were going through my head prior to my first time. I remember deciding not to say a word because I was too insecure about it. And, quite frankly, I didn’t even know what to expect myself. For the first time in my life, I didn’t know how my body would react.

It actually went over fairly well all things considered, and it ended up giving me some additional benefits (I think). Because of my insecurities with myself, I ended up focusing on her a lot, simply because it was easier and I had less chance of messing up. I don’t think she realized that was the reason, but I don’t think she minded either way.

In hindsight, I think I should have said something beforehand. We ended up talking about these issues as we got more comfortable with the situation. But if I had talked it through with her beforehand, it might have made me far less tense and anxious and could have led to an even more enjoyable experience.

The Problems With Others

As mentioned above, when you’re not able-bodied, it can be harder to find someone to accept you as an equal and be open to a romantic relationship with you, not to mention have sex with you. Getting over the fact that it can be harder to find an accepting partner is challenging in it of itself, but it can be equally as difficult to find someone who is OK with the thought of having sex with you, whether you’re in a relationship or in a more casual setting.

And even if you find a partner, they may not treat you as you would expect them to treat everyone else in that situation. I’ve experienced being “handled with kid gloves” even as an adult at school by teachers, my parents or other adults (as well as friends) in every day situations, because they were unsure of what I could do on my own. That didn’t exactly make me feel very independent.

The same can unfortunately occur when it comes to sex. Your partner may go out of their way to be careful or not act as free and uninhibited as they normally would for fear of hurting you, which is quite ironic because people with CP can experience pain and discomfort to some degree every single day. But to your partner, you may be “fragile” due to your disability. This is why communication is so important. You should be open and honest about what you want, as well as respect your partner in their wishes.

As in many other areas for me, the devil is in the details, and so the small and seemingly simple things can really bring my self-esteem down. For example, because of a lack of fine motor skills, the unwrapping and application of a condom may not be the easiest task in the world. In fact, it’s much more difficult than any other part of the sexual experience normally. The best way I’ve found to tackle this issue is to tell your partner, and it will diffuse the situation and make it feel less intimidating and more light-hearted. Plus, your partner may be happy to help you.

The Benefits of a Good Sex Life

There can be numerous benefits to a healthy sex life for those with CP. A Dutch study indicated that sex may help relieve spasticity and stiffness, for example. But I think the rewards are just as much mental as they are physical. After I had my first sexual experience, I grew in confidence, not just sexually, but as a person overall. It was a pretty big part of normal life that I had experienced. I felt less different, and I felt that the CP defined me in a lesser extent than before.

My advice to others would be to work on becoming comfortable with your sexuality, especially in regards to self-confidence and self-image. Seek a happy and fulfilling sex life if that’s what you want, and don’t let a diagnosis of CP stop you. Unfortunately, there is a lack of focus on these issues, and sexuality still seems somewhat of a taboo for people with disabilities, at least in my experience, and it really shouldn’t be.

Also, I suggest focusing on what you can do well in regards to sex and not how you are limited. You should find what you feel comfortable with and cultivate that, rather than feeding the insecurities.

Lastly, as I mentioned earlier, communication with your partner is absolutely essential. 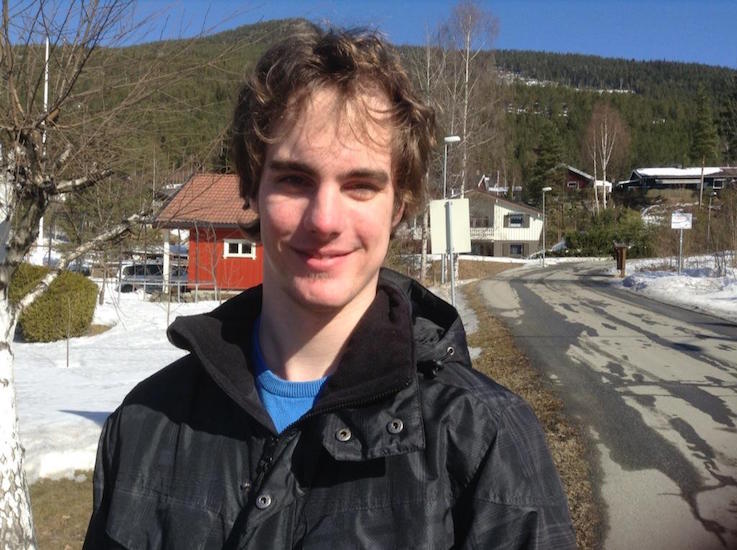 A version of this post originally appeared on CPExperience.