A school trip to the zoo is exciting, especially for kids 7- to 8-year-olds.

Except when your son has autism. And sensory issues. And severe attention deficit hyperactivity disorder (ADHD). And severe food allergies. And the list goes on.

My son was excited and wanted to go, but I knew it wouldn’t be a good experience for a number of reasons. It was an hour away, which was too far, especially for a bus ride. Who knew what the weather would be that day? He doesn’t like getting wet, so rain is out. The heat and sun bother him, so that’s out. What was the likelihood of it being 70 degrees and breezy with light clouds on the day of the field trip?

Would he have a good day or would it be one of his bad days? Would he meltdown over the sheer excitement of it? That happens often. He’ll get exhausted and scream before we get into the car sometimes.

What exhibits will we see? Elephants are his favorite land animal. If we don’t see them, he’ll have an instant meltdown. He’s getting bigger, too. I can’t pick him up and whisk him away to comfort and calm him anymore.

My son’s food allergies are significant, too. They have peanuts at the zoo. We avoid peanuts at all costs.

So for these reasons, we declined to go on the field trip. I never thought about contacting the teacher or principal or trying to change the trip. We had declined before, and I didn’t want to ruin the trip for anyone else. While we were asked our feelings about the trip, I never expected any special treatment.

I never expected what happened next either.

A mother had a conversation with her child about my son not going on the field trip. He decided that if my son couldn’t go, he wouldn’t go either. Another soon followed. And then another. They refused to go on the trip in support of my son and their friend.

Was I hearing these moms correctly? Not only were they voicing camaraderie, but they were backing it up, too. And their little kids would rather stay home than go to the zoo? I didn’t even know if these kids talked to my son during the day. They had always been nice to us and supportive behind the scenes. But in the world of special needs, sometimes you never really know how genuine people are or if they’re just being polite.

When you’re raising a child with special needs, sometimes you wonder what the community around you is thinking. Do they say he should be at a special school? Do they say he doesn’t belong? These questions often go unanswered. Until now.

I later heard that the boys in my son’s class had talked about the field trip. At one point, half of the class refused to go.

To say that my husband and I broke down and cried when we heard about this is an understatement. Not only were the parents supporting my child in a way that had never been done before, their children had also been taught to show support, too.

I received a phone call from the principal, who wanted to make the field trip work in any way possible. She was wonderful in her support of my child and wanted to provide any accommodation that would allow for my child to attend.

In the end, we decided that it wasn’t safe due to the food allergy issue. We certainly didn’t want to deny anyone else a trip to the zoo. After all, they may not get another chance.

While most went on the trip, four of us did not. But it’s really not about the field trip. The willingness of the principal to provide any assistance necessary was overwhelming. Her unwavering support of our family is unmatched. The parents who showed us support and their amazing children have become our friends. Good friends. Friends we haven’t had since our child’s diagnosis. Friends who don’t judge. Friends who create special zones at their house for my son if he gets overwhelmed and have special foods he can eat. Friends who ask us how we are and don’t get annoyed if we can’t talk because we’re helping a little boy who’s having a bad day.

An admission ticket can’t buy that. 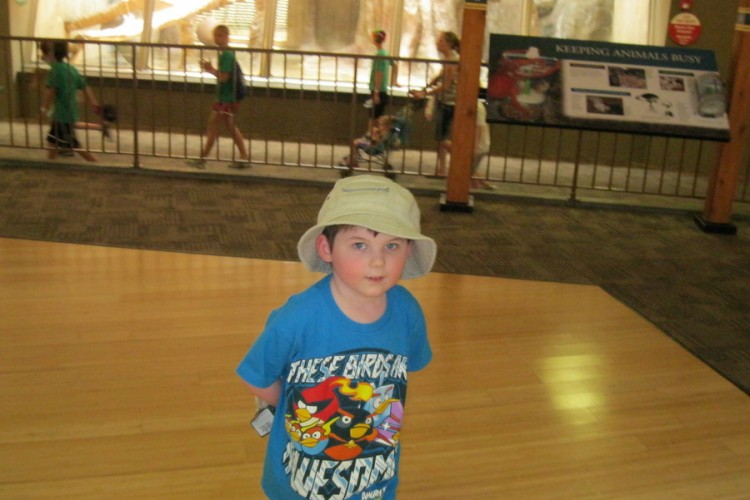