When Our Two Children With Autism Connected in the Waiting Room

Some people like to refer to my child with autism as “being away with the fairies,” “having her head in the clouds” or “living in her own little world.” I know they probably think they’re using harmless euphemisms, but sometimes such descriptions of my daughter’s withdrawal from social interaction feels backhanded and ill-conceived.

As my 6-year-old daughter, Sophia, mentally recalls all the excitement of the day by flapping, laughing and squealing, I smile. But when she screams and cries, I crumble a little bit inside. Her world is equally full of sensory nasties, and it doesn’t take much at all to turn her from joy to torment throughout the day.

Oh, how I would love to spend just a moment in her world to experience what she does. If only to know that it was a happy, joyful place and she didn’t feel sad or lonely.

The other day we were in the waiting room for Sophia’s specialist. I was reading an old magazine while Sophia was happily playing with a wire bead maze in the play area.

A teenage boy rushed through the automatic doors, past the reception and straight to the toy box next to Sophia. He found an old tin spinning top, pushed the brightly colored button on it and flapped wildly as it spun around on the floor while his mother spoke to the receptionist.

I smiled at the boy’s mother as she sat in a chair across from me. She smiled back. We both recognized the familiar flapping, rocking and excited verbalizations in each other’s child. We started chatting about our children, their sensory issues, schooling options and so on. Her world was my world. It’s always nice to speak to another parent who just gets it.

Just then, an odd thing happened. Sophia walked over to the boy, looked him square in the eye and smiled like she knew him. When he dodged her eye contact, she turned with him and purposefully tried to catch his attention. She wanted to communicate.

It was as if she was saying, “Hello there, it’s me, Sophia! We live in the same world, you and I.”

He turned and looked Sophia straight in the eye as if to say, “Hi, I see you. Thank you for seeing me, too.” He smiled and went back to joyfully spinning his toy.

For a split second, these two children connected. Devoid of verbal communication, they saw each other.

I wondered what Sophia saw in that boy who she instantly related to, and in turn, why the boy chose to respond to Sophia’s request for communication. All I know is that I felt so honored to witness the interaction. I looked over at the boy’s mother and knew she was thinking the exact same thing. There was no need for words. We just smiled at each other and felt happy that our children existed in the same world if even for a moment.

Doctors’ waiting rooms can be stressful places sometimes. But on this day, I left feeling happy, full of hope and burden-free. 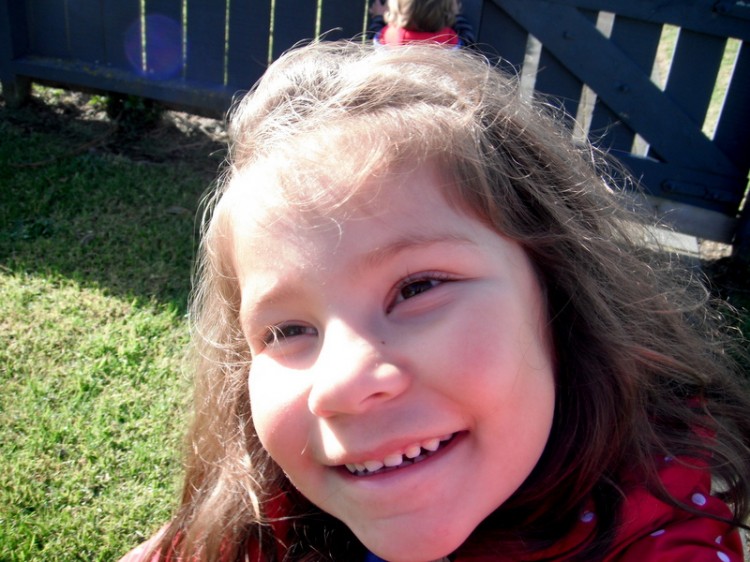 Share
or  Copy Link
Link copied to clipboard.
Be first
284