A Request for RJ Mitte, From a Woman With Cerebral Palsy

Hi. I’m Alice. I’m 20, live in England and go to Sheffield Hallam University to study film and screenwriting. I don’t suppose you’ll have heard of me, but that’s OK, because until recently, I hadn’t heard of you either. Not until the video changed everything.

When I was 12 months old, I was diagnosed with cerebral palsy (CP). My parents didn’t know what to expect, but as I grew older it became apparent that I couldn’t walk. I now use a powered wheelchair and have a scoliosis curve in my back. It’s not developing, however it aches a lot, which is a pain. Enough of the negative stuff though; that’s not what we’re about.

What we are about is being active. A few weeks ago, I posted a little flashcard video onto my Facebook page, holding up little paper notes that gave details of me and my story; I eventually want to be a director/screenwriter, making movies in Hollywood. I also want to make the world a better place. People must have liked it, because it currently has 13,800 views at this time of writing, and I’ve been asked to give motivational talks. I’m sure you’ll agree it feels amazing to have people admire you, when previously all we might’ve gotten were awkward questions and patronizing tones.

In the middle of all of this, a friend and I were talking one night, and she mentioned you to me. I’m so out of the loop with TV that I originally thought you were the guy who played Jesse Pinkman (oops!), but a quick Google search proved me wrong. I read up on you and found myself open-mouthed, because it was as if someone had just gone into my brain and pulled out thoughts I’d been keeping to myself for years. 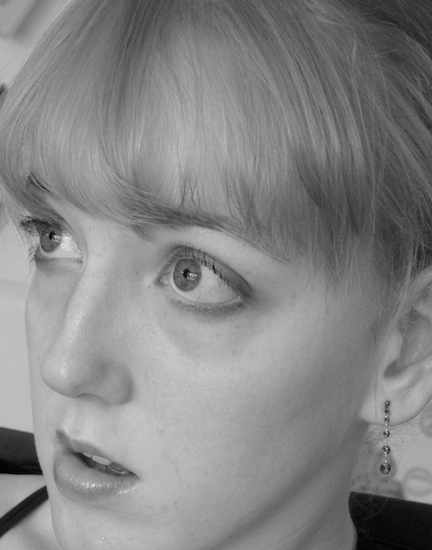 Growing up with CP, as I’m sure you’ll agree, was tough, because I was in a halfway house between disabled and able-bodied. I didn’t want to be characterized by my disability, but rather my passion for books, painting and film soundtracks, and when you have a disability, you tend to be grouped together with people where the only thing you might have in common is your disability. That said, I didn’t really get on with able-bodied kids much either. There were a few, admittedly, who were accepting, but on the whole they seemed shallow and didn’t seem to realize how hard life could truly be. I’ve been in the halfway house ever since; while in no way was I going to try and hide my disability, there was also no way I was going to be cuddly and cute, either.

Then there you were, with an impressive acting career under your belt, a modeling contract and an empowering activist role. I decided to watch “Breaking Bad.”

There is a scene in episode two of “Breaking Bad” where Junior is in a changing room. He can’t put on a pair of jeans, and he pulls a face, rolling his eyes up to the ceiling as his dad comes in to help him. I know that face, because I’ve pulled that face. It is the face of frustration and annoyance that you can’t even get dressed by yourself, and you feel weak and pathetic. It is a face that only an actor who had truly experienced CP would know how to do.

Please, RJ, if you get a chance: Watch my video. It’s not long, about four minutes. I genuinely think disability rights may well be the biggest equality fight of the 21st century – and you can tell it’s an issue because no one talks about it. No one fights for us, and it’s inequality of the highest order. I am 100 percent behind you when you say disability is strength, not a weakness. We deal with so much negativity every day – from people around us, from inaccessibility issues, sometimes even from our own bodies that cause us so much discomfort. What’s weak about that?

I’d love to collaborate with you on bringing disability rights to the forefront. You’re speaking what I’ve been thinking all this time, and the reaction I got from my video shows it is time for change. Let’s be strong, be an example, and show the world exactly how strong people with cerebral palsy are. Let’s prove to the world we’re not breaking… we’re bad.

Just a little video I made. Hope it gives you motivation! Please share, and don’t forget to check out my other films at https://www.youtube.com/user/HeartOfCelluloid/videos?view=0&shelf_id=0&sort=dd <3