Great News for NFL Fans on the Autism Spectrum

The Seattle Seahawks have partnered with a pair of autism moms from Tulsa, Oklahoma, to offer their fans with autism a better experience at games.

Michelle Wilkerson and Jennifer Sollars Miller started a nonprofit program called “I’m A-OK,” which offers free game-day kits to fans who are on the autism spectrum. The kits include noise canceling headphones, ear plugs, sensory toys, a detailed schedule to help keep track of the game and an “I’M A-OK” identifier badge, according to the Seahawks website. 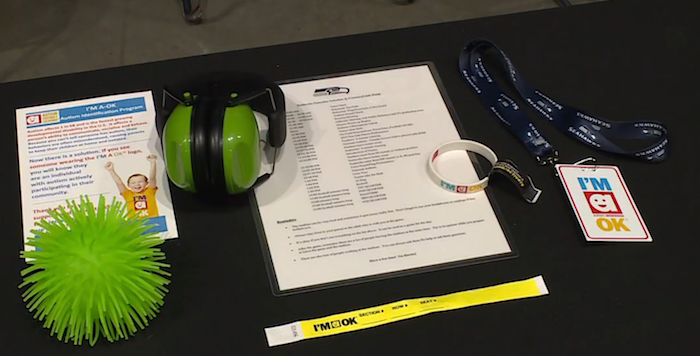 Wilkerson and Miller want to make it easier for people with autism to participate in sporting events and other loud public activities.

“They have to learn the skills,” Miller told NBC. “They’re not going to learn unless they’re actually in the environment.”

Wilkerson and Miller contacted the Seahawks back in July; the Oct. 18 game against the Panthers marked their first partnership with an NFL team. They hope to expand and work with many other teams in the future.

“We realized there were a few simple things we could do that would make a positive impact for Seahawks fans on the spectrum,” said David Young, VP of Stadium Operations, according to the Seahawks website. “The toolkits are just the first step.”