I Lived in a Bubble as a Special Needs Mom. It Popped in an Unlikely Place.

I’ve been living in a bubble for the past 10 years. It wasn’t always a bubble, though. It started as a hard shell when my daughter, Molly, now almost 12, was diagnosed with Rett syndrome shortly after her 1st birthday. As I discovered she would lose her fine motor skills little by little, eventually losing her ability to feed herself or roll over and never being able to walk or speak, I preferred the protective solitude of my shell to this terrifying new world I had been forced into.

I stopped going to Molly’s little play group, formed when she was just a few weeks old. It was too difficult to watch my friends’ infants grow into curious, crawling, babbling babies while Molly seemed stuck in time. Everyone tried to be friendly and supportive of our new situation, but I just couldn’t be there. I stopped going to work. I only answered the phone for my sister and two close friends who listened to me cry and scream in anguish, who let me be bitter and hateful.

I cried until I physically couldn’t anymore. The tears stopped, and I felt a gradual shift. My hard shell began changing into a penetrable bubble, and I would occasionally let people in. I started taking walks — and the stores and sidewalks and people who lived there gently eased their way in. Store clerks asked about Molly, telling me how beautiful she was while trying to press dollar bills and lollipops into her hands. I smiled through the pain of knowing she would never be able to grasp them. I started seeing friends again who held her and fed her. We joined friends and family on trips, and everyone helped lift her stroller down flights of stairs and across sandy beaches. 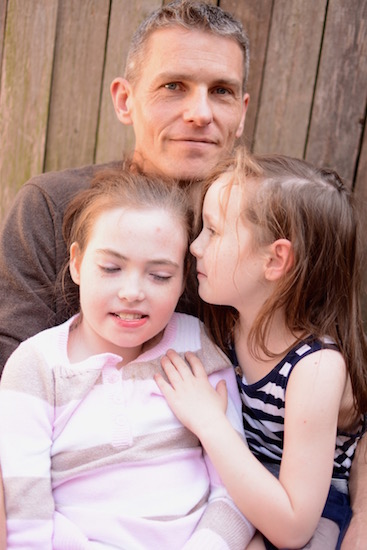 We went to parties with Molly, and she beamed at playing a game of bites of salty food followed by bites of a sweet with my friend. Huge papasan chairs were dragged onto decks and piled with pillows so she could join the crowd like a queen on a throne.

Eventually Molly got into an amazing school that we adore. It made us feel safe knowing she was cared for so lovingly. Years went by, and the bubble got bigger. It was now filled with people who knew about Rett syndrome, who hugged and talked to Molly instead of whispering and staring.

We had more children. We continued making new friends. When Molly starting having surgeries, pneumonia, seizures… everyone rushed in. Friends kept my children while I hurried off to the ER. They dropped off dinners and folded laundry. They stayed in the PICU for hours to keep me company, and they learned how to carry and help bathe Molly when my husband, Kevin, could not lift her after a hernia surgery.

A daily virtual chat developed with four amazing women, who three years later, are still in my pocket when I need them.

It was all fine — more than fine, actually. Most of the time, I stayed happy in my bubble. And then one day, seemingly out of nowhere, it popped.

There comes a time when you realize you have stuffed something so deeply down, it’s hard to remember it is there. Sure, it was still there — the sadness and struggles associated with Molly’s condition — penetrating every day, but it had become routine. Wheelchairs, feeding tubes and seizure medications had become our normal.

And then the bubble suddenly popped in the most unlikely place. It had been two years since we had flown with Molly, but we were finally headed to visit Kevin’s family in Colorado. In those two years many things had changed. Molly had back surgeries that left her full of metal rods, a VNS implant to help control seizures and a major growth spurt that made her more difficult to carry and care for.

Standing in security I realized we were that family — the one people dread being stuck behind. There were no fluffy papasan chairs or helpful friends with experience folding special needs strollers. Everything beeped and buzzed as we went through security. While my two younger children watched anxiously, we went through the 30-minute process of testing medications, of extra pat downs, swabs and beloved stuffed animals being scanned and examined.

By the time we were finally cleared and made it to our gate with five minutes to spare, I was a wreck. But there was no time for me to calm down and collect myself. We still had to load Molly, her car seat, a toddler, a 6-year-old and all of their stuff onto the plane, while also folding up Molly’s complex and heavy stroller. By the time we sat down on the plane, I felt crushed and defeated.

It was an eye-opener for me, how the feelings can just grab me when I don’t expect them to — not in the ER, or waiting outside of an operating room, but in an airport. It made me grateful for the protection of my bubble, but it also made me realize this: There won’t always be a soft landing and a friendly face to look to. There will be change, whether I invite it or not. There will be fear. There will be days when the bubble tears or even pops.

But then again, maybe I don’t always need a bubble. Maybe I don’t need to fully enclose myself in a protective layer that deflects every stare and difficult conversation and only lets the good in after proving their worth. Maybe I am strong enough for most days. Maybe I just need a roof I can stand under during the stormiest days when I fear I might melt from a single drop of rain.

Maybe, like John F. Kennedy said, “The time to repair the roof is when the sun is shining.” 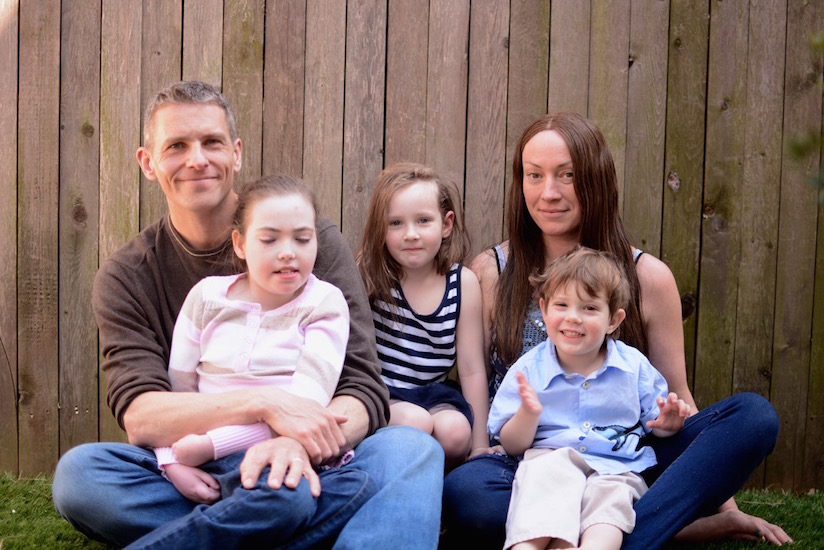