In 5 Words, My Son With Autism Reminded Me I’m Doing Enough

As a single parent of an autistic child, I am constantly hearing, “I don’t know how you do it.” Honestly, it’s just what I know. In the beginning, I’d see other families at the state autism center, occupational therapy and the special needs preschool and be in awe of both parents. I envied them since one parent had the other to lean on. I wanted to tell them how lucky they were to have each other. It’s not always easy to be thrown additional challenges on top of raising a child with disabilities when you’re a single parent. A year ago on diagnosis day, all I wanted was another person to be there and tell me everything was going to be OK. 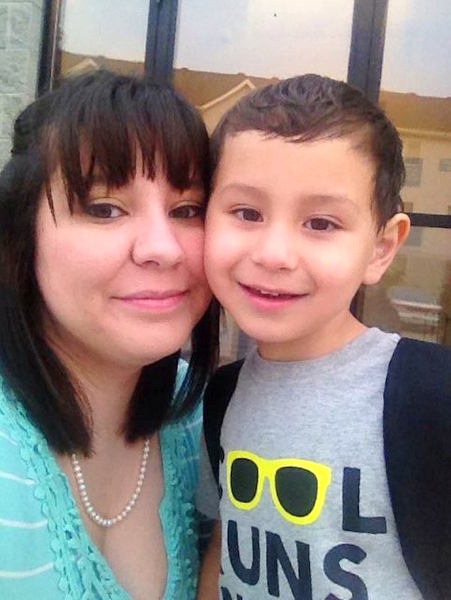 Here I am a year later, and I still question whether or not I’m doing everything I possibly can for my child. I can’t take him to every single appointment that’s recommended since I’m a single parent. I need to work and put food on the table. I structured my work hours to specifically allow time for his therapies. It’s difficult but worth it in the end. There have been times I have taken my son out to restaurants, shopping or to the movies with hesitation, wondering if he’ll have another meltdown. There have been bloody noses, scratches and broken items as a result. I’ve heard other people whisper, “Do you see that kid freaking out over there?” or “Wow, how spoiled is he?” I have never once wondered if I could handle all of this. It’s just something that I’ve come to know.

As a single parents, I sometimes ask myself if I’m doing everything I can to fill the gap. Am I being the best possible parent I can be? I feel that question has been answered by my amazing 4-year-old son, Sage, himself. He could not stop talking about the movie, “Hotel Transylvania 2.” So finally (with a lot of verbal prompting), we set out for a visit to the local theater. Sage was overwhelmingly excited when we got there. He ran through the hall and had trouble choosing concessions. We found our aisle seats and proceeded to get ready for the movie to start. After the movie began, I found myself running around the aisle, making sure I didn’t lose my son. He was playing hide-and-seek behind our seats, and I could overhear the people behind us getting frustrated as he crawled underneath their seats. Finally, once the movie started to pick up the plot, Sage found his seat and watched the movie.