People Affected by Mental Illness Have Joined the #NotaCostume Movement

While checking her email on the way to work one morning, Kate Kryder saw an image she says put a pit in her stomach. It was the “Dorothea Dix Psych Ward” Halloween costume, a controversial item being sold in two costumes stores in North Carolina. The blood-splattered hospital uniform was eventually removed from stores after an outcry from local advocates.

“I had to do a double take, I couldn’t believe it,” she said in a blog post. “As my shock continued, I began to realize how intentional this company had to have been to research a local psychiatric hospital and then mass produce these costumes.”

Kryder is a board member of Chapel Hill’s National Alliance for Mental Illness chapter and the Co-Curricular Leadership Program Coordinator at the University of North Carolina at Chapel Hill. For her the issue was both personal — she has general anxiety disorder and her partner has schizoaffective disorder — and professional. She’s passionate about normalizing mental illness for her students, considering 75 percent of lifetime cases of mental health conditions begin by age 24.

So, she snapped portraits of volunteer students and staff at UNC Chapel Hill, holding up signs that explain why mental health is not a costume.

“I wanted to give voice to the people who remain silent in fear of losing their job, for the people who are afraid to tell their family, who are timid about seeing a therapist or psychiatrist and for the people who society has alienated with the stigma and discrimination of mental illness. These people are your educators, your baristas, your friends, your bus drivers and the person you least suspect,” she wrote.

The hashtag #notacostume is not Kryder’s creation, and typically has been used to call out cultural appropriation in Halloween costumes. But Kryder hopes this movement will become just as powerful in the mental health community.

“My partner has said, ‘Living with the stigma is sometimes harder than living with the illness.’ That’s heartbreaking,” she told The Mighty. 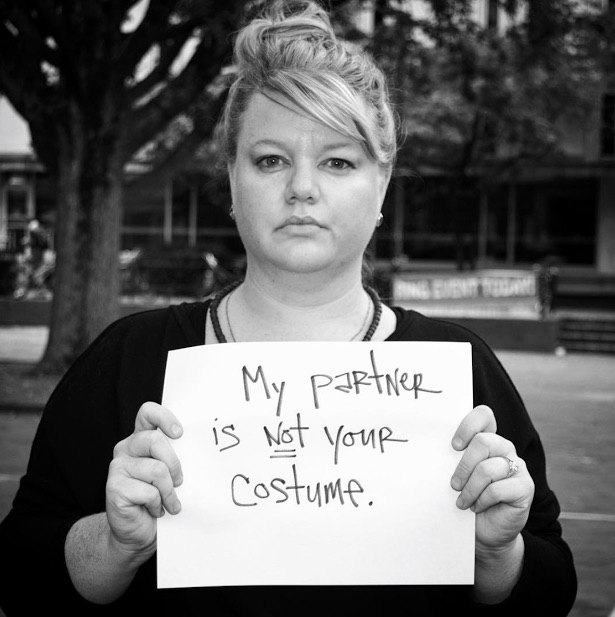 She hopes to take more pictures to show the vast number of people who are affected when those with mental illness are portrayed as violent.

“I hope that people will think twice before they put on a costume,” Kryder told The Mighty. “That’s someone’s brother. That’s someone’s partner. This is a personal issue to a lot of people. Even if you don’t think you know someone, you probably do.” 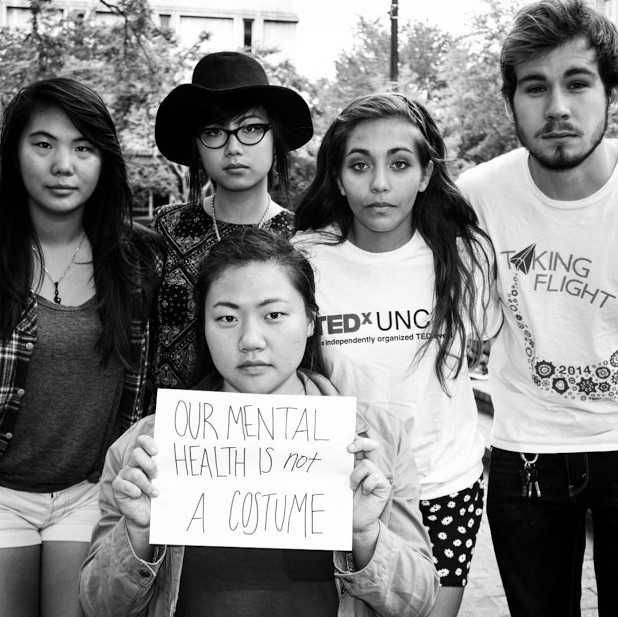 You can join the movement by using #notacostume, or tweet your picture to Kryder @gratefulyoga.

Related: Why People Are Trying to Stop a Ghose Hunt in an Abondoned Insane Asylum

Share
or  Copy Link
Link copied to clipboard.
Be first
943