Most Strangers Show Ignorance Toward the Child I Care For. One Man Didn’t.

Just a quick pre-post note. I didn’t use the true name of the girl I am caring for in this post in order to protect her identity. Instead, I have referred to her as P. Secondly, this is a highly personal post to me, and I realize my opinions are hugely subjective, but this man inspired me so much that I just had to write something. And finally, in referring to “we,” I mean myself and the other young lady who cares for P. We work longer shifts every other weekend together.

My name is Kirsty, and for the last three years, I have been working with disabled children. I started this work for a wonderful charity called PLUS, where I had the honor of meeting many amazing children and their families who truly taught me the meaning of resilience and happiness.

With a lot of heartache, I had to leave my job at PLUS so I could move back to England to start my speech and language therapist studies. I looked for a new job and applied for about six posts as a care assistant for families. But one opening, from the very beginning, stuck with me:

“We are looking for a personal assistant for our 14-year-old daughter who has severe learning difficulties, with some challenging behaviors.”

As far as P’s disabilities go, this was all I had to go on. Within a week, I received a beautiful email from P’s mom, which provided all the details. P has Down syndrome, autism and ADHD. In the words of her mom, it’s “a lot of diagnoses for a girl to handle.” But after a phone interview and a trip down to meet P and her mom, I agreed to the challenge because I really thought I was prepared.

I couldn’t have been more wrong. Working with and caring for P has been, at times, one of the hardest things I’ve ever done. I’ve finished a shift only to start crying as soon as the door shut behind me. I’ve held back tears in public, since I’m not only dealing with P’s meltdown but also the people around us and their judgmental glares. I have come home aching, scratched and exhausted to the point where the rest of the day is wasted. Everything I felt I was prepared for in working with P, whether it was signing, personal care or dealing with meltdowns, has been a whole new learning process.

But honestly, the hardest thing about working with P has been learning to deal with and accept the attitude of the general public. We’ve had parents vacate an entire park because P wants to go on the swings. I’ve seen the looks of disgust as we sit next to P lying on the pavement. Does P notice all of this? I really hope not. But I do, and it infuriates me.

I’ve had several perfectly nice conversations with parents in the park as their children play and P sits on the swing. But they only address me. I’m more than happy to answer questions and satisfy the innocent curiosity P brings out in people. But she’s there, too. She can’t say anything to you, but she knows you’re there. And until we saw this one man the other day, no one even bothered to acknowledge her other than through a conversation about her with me.

It was a fairly usual shift. It had been raining all day, but it stopped long enough for the swings to dry off so P could swing to her heart’s content. I decided to get her home, because it was beginning to get dark. Although it was only a two-minute walk to her house, I knew that with P it would take at least 20 minutes, including all of our stops and starts.

About halfway home, P was crouching on the ground, pulling at the grass and (as always) being lovely and noisy. I could see him coming down the path, his hat tipped and waistcoat fastened with his dog trotting along freely in front of him. I smiled at him from a distance before returning my attention to P. She remained blissfully unaware. His dog came first, sniffing and circling P. And then he came by with a grin as wide as his whole face. And he smiled not just at me but P as well. Surprised by the genuine warmth he showed, I said, “Hello.”

“Hello,” he replied, “and hello to you,” looking brightly at P. He tipped his hat, smiled even wider and off he went.

This moment may seem insignificant to most, but this man’s warmth and interest in P meant so much to me, and it almost made the general ignorance we witness regarding P melt away. Despite how hard my job can be, I love it more than anything. If more people could be like him, then I know my job and the world at large would be a much brighter, more accepting place.

Is a smile and a hello to P and others like her really so much to ask? Because no matter what P’s difficulties are, she’s still just a 14-year-old girl who loves to laugh and smile. She’s really not so different at all. She doesn’t deserve to be treated as anything less than the shining light than she is.

To the man walking his dog who smiled at us — thank you. Thank you for restoring a little bit of faith within me and making me appreciate my job even more than I thought possible. 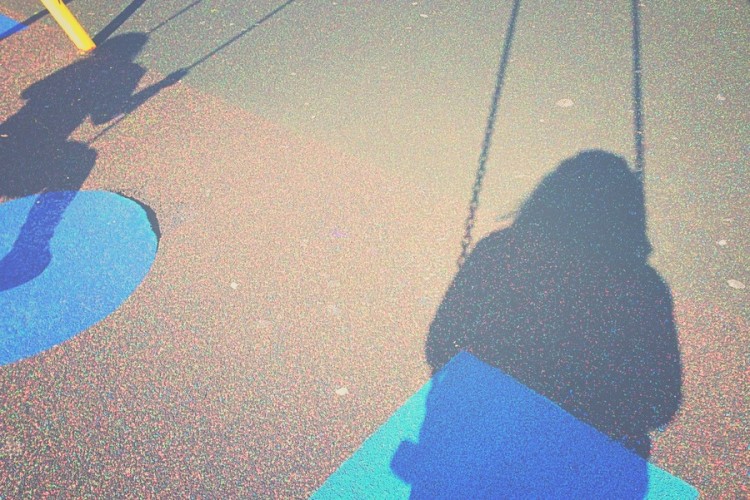