Bruce Hall is a legally blind photographer whose work has been featured all over the world and in magazines like National Geographic, but the photos he values most are of his family. Hall was born with an underdeveloped optic nerve, and he can only clearly see objects and people a few inches from his face. He learned to use cameras as a way to see the world — and as a way to connect with his twin teenage sons, Jack and James, who both have autism.

Jack and James are both nonverbal, so to maximize his interaction with them, Hall started taking photos. Once he takes a picture he can blow it up on his computer screen and see details he never could have seen at the time he snapped it.

“I do this to look at them,” Hall told The Mighty. “I just started chasing them and gave up control. I followed them into their space, and these chance encounters opened up an entirely new perspective on my photography and this project. So much of what’s gone on over the last 14 years has been so chaotic, so photography has been a way to look at them and gaze into their eyes.” 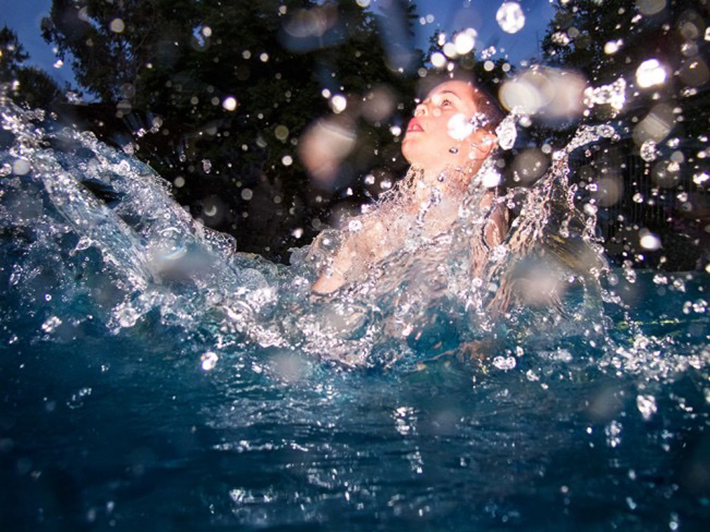 Hall has done a great amount of work as an underwater photographer, and from an early age his sons, particularly Jack, have had a keen interest in water as well.

“It seems like the water is the place where Jack seems the most calm and content,” Hall told The Mighty. “In some of the those photos, that look on his face, you don’t often see that. It’s a way for us to connect, and I want to share it with other people.”

For the first 10 years of his sons’ lives, Hall took what he estimates to be 150,000 pictures. While working through a sea of images, Bruce and his wife Valerie Hall began to collaborate on a book project combining Hall’s photographs and Valerie’s narrative pieces of writing. Hall, who holds a Ph.D. in Educational Psychology from University of California, Los Angeles, started writing captions and descriptions for some of the photos, detailing the adventures in each and how they made the family feel. Those images, words and feelings eventually turned into a 265-page book, “Immersed: Our Experience With Autism.”

“They are reflections on specific events or reactions to some aspect of living with autism, the effects on us as parents and on our neurotypical daughter, and the far-reaching repercussions and implications of autism in general,” Hall told The Mighty. “As a whole, the narrative describes the journey our family took during the early years of the boys’ lives, from the time before the diagnosis to their 10th birthday.  It honestly describes the struggles and sorrows, as well as the courage and laughter, that accompanied those most difficult years.” 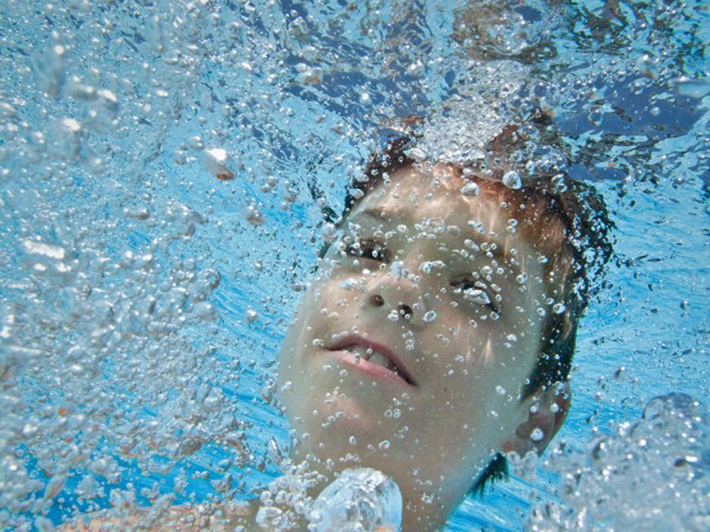 “As James lies still, with his ears underwater, he reflects a kind of peace and focus that I see in him at no other time. Maybe he likes it just because the worldly sounds are soothingly dampened. But his expression seems so intent and thoughtful that I could almost believe he is actually listening to something in the water. Maybe his questions about the world are answered there. Answers he cannot get from us.” — Valerie Hall (from “Immersed: Our Experience With Autism”) 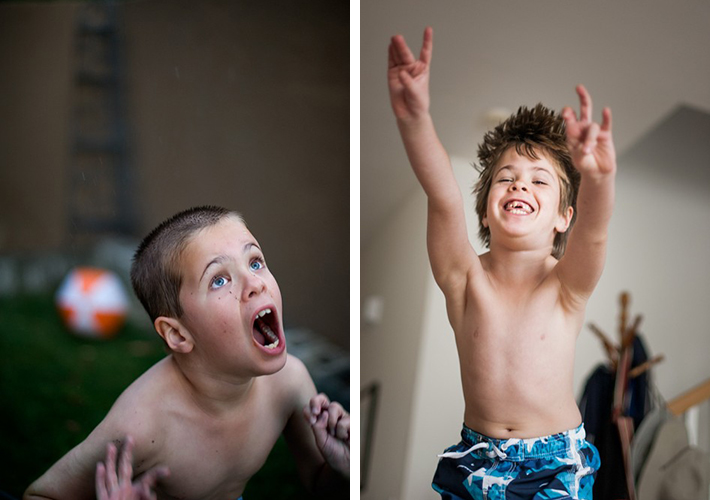 “Sometimes it seems like James belongs on another planet . . . Someplace with a completely different reality, where all the rules follow an alternative form of logic, and everything is perceived and interpreted according to physical laws that defy our own. And he may be wired perfectly for that other world. But he is not wired for this world. The traits we consider most human are exactly the ones that are alien to him. Language, mutual experience, relationships, empathy, a desire to create and express ideas, to achieve potential . . . Everything we may remember and value from our time on Earth and James seems to live outside of it.”

— Valerie Hall (from “Immersed: Our Experience With Autism”) 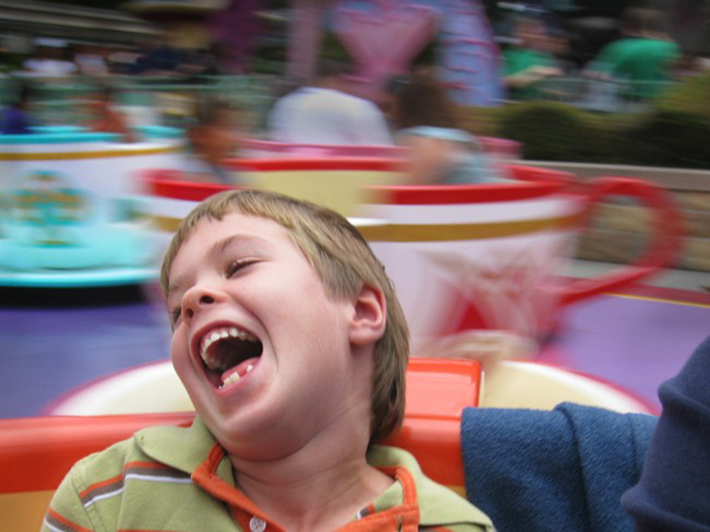 “The first 10 years were very difficult for our family and for everybody,” Hall told The Mighty. “It is estimated that 25% of people with ASD, Autism Spectrum Disorder, are non-speaking and cannot speak for themselves. People like our sons are often underrepresented in the media, and we want to give them a voice in the discussion. I want the public to think about how these people are taken care of, and that they deserve everyone’s consideration.”

“We worry about their futures, and about the future for all the vulnerable people among us,” Hall continued. “We are working with non-profit R. Morgan Corp., and the Regional Center of Orange County to assist in the development of housing opportunities for people with developmental disabilities.”

“For the people who are struggling and going through this, we want them to know they’re not alone,” Hall added. “Most of the people who are going through tough situations often don’t want to talk about it, and they don’t want to ask for help. It’s hard enough to ask friends and family for help, and it’s even harder to ask strangers. Even tough situations you can figure a way through — you just keep doing what you can to help your family.” 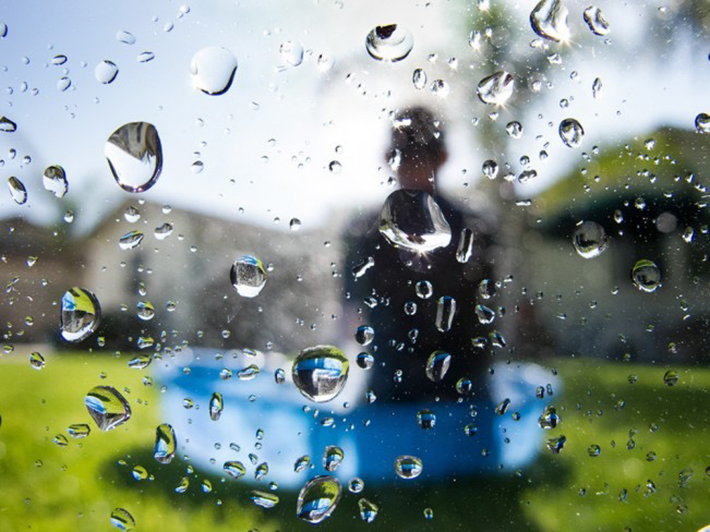 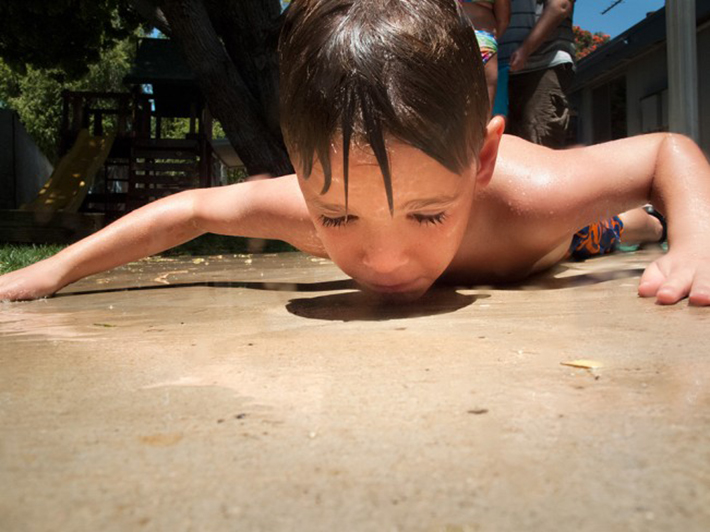 “He’s there. But he’s not. He sees me. But he doesn’t. He makes lots of sounds. But no words. His body is healthy, thriving, perfectly functional in every way. His mind is none of those things. Silky hair, luminous eyes, baby-soft skin, winning smile. So extraordinarily beautiful on the outside. So broken on the inside…James pours water over his hand, mesmerized by the sight, but he is unaware that most of what life can be, as enchanting and compelling to the rest of us as the running water is to him, slips continually through his fingers.”

— Valerie Hall (from “Immersed: Our Experience With Autism”) 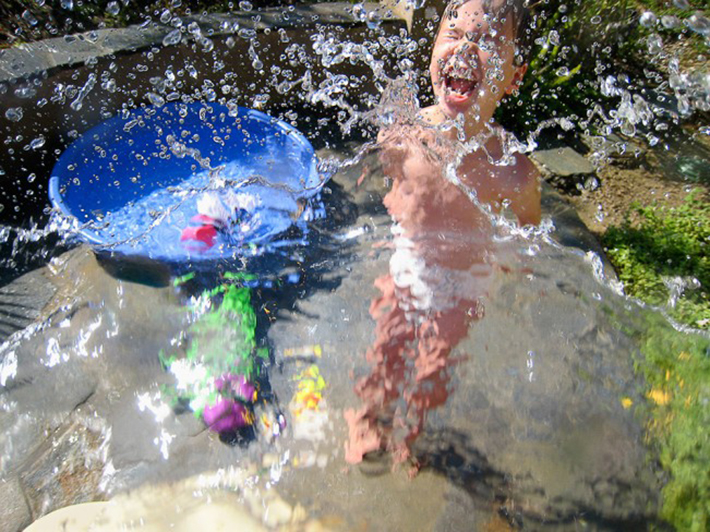 The Hall family recently launched a Kickstarter campaign to help fund printing for the book. They truly hope sharing their stories will help change the world.

“Societies will be judged on how they treat their most vulnerable people,” Hall concluded. “It’s in everyone’s best interest to be good to one another, because if something happens to you, you hope that people will want to help you or that you will be treated humanely.” 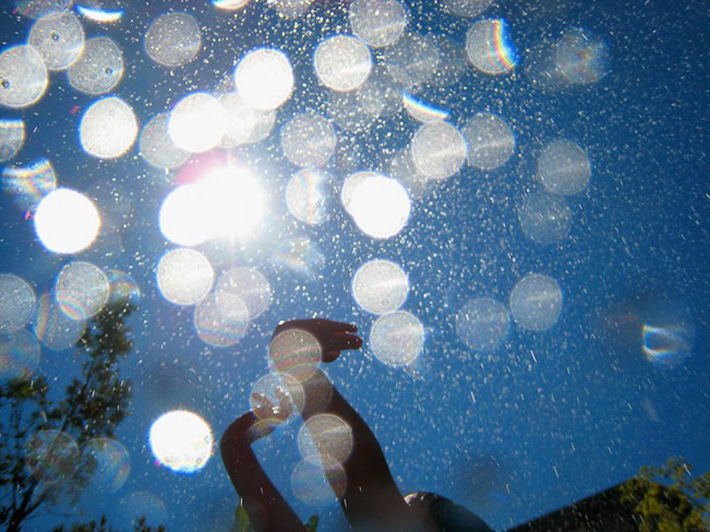 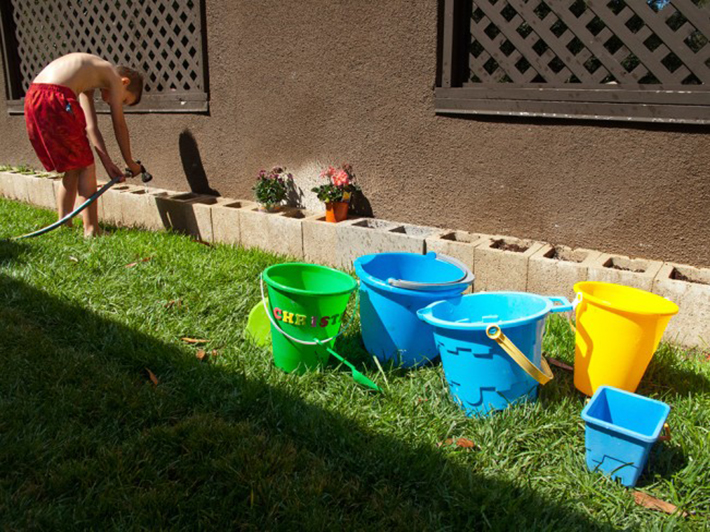 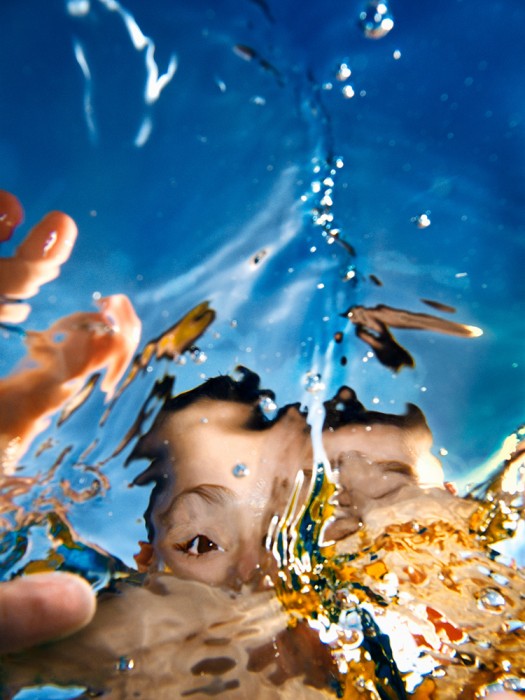 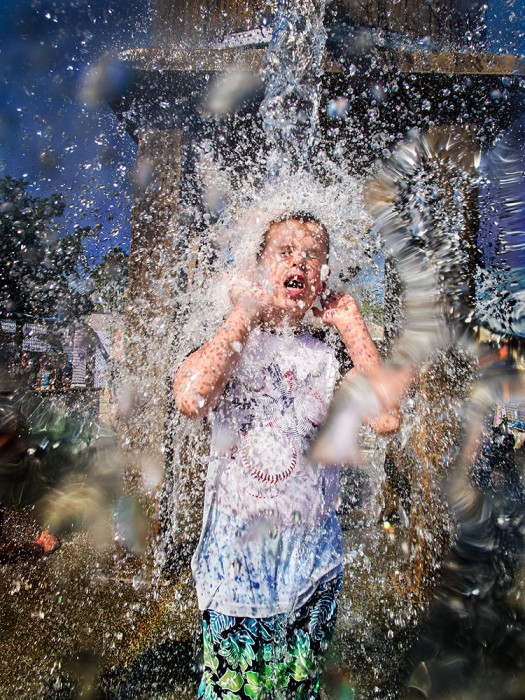 “I watch James as he walks across the yard, back and forth, muttering happily at the stack of photos in his hands. He loves to look at photos, even the same ones, over and over. He especially loves photos of himself, but he does also like looking at photos of others in the family. Well, sometimes.

He sits on the grass, sets the photos on the ground, arranges them in piles, stacks them back in a different order. ‘James?’ I point to the one he is looking at and ask him a question about it, but he does not look up. Sometimes when I ask him about a photo he will giggle, but usually he just turns his back, hunching over so that only he can see it.

It is like a close, private relationship, like nothing exists except James and his photos. He studies the faces and places, talking to them lovingly in his expressive gibberish. He has such a strong connection to them, spending so much time with them, day after day, and yet he has little interest in the actual people portrayed in the photos. For him, I suppose the people in the photos are ideal. They hold still, they don’t look back at him, talk at him, demand his attention or response. Without such interruptions or distractions, he can look closely at every detail, as long and as often as he wants.

I leave James with his photos and return to the house. At the end of the hall, I stop in the doorway of Bruce’s office. He has been holed up for the last couple hours, staring intently at his computer monitor. I wait there quietly for a few moments, but he does not look up.

– Valerie Hall (from “Immersed: Our Experience With Autism”)

For more of Bruce Hall’s photography, be sure to visit his Facebook page and website, along with Bruce and Valerie Hall’s Kickstarter page for “Immersed: Our Experience With Autism.”