I will be the first to admit there was a time in my life when the thought of my child riding the “short bus” felt like a devastating blow. It wasn’t so much the stigma attached to it as it was the far-reaching implications of such a need and the realization that things would be so different for our family. When we realized we were going down a special education path, I envied my friends who would worry about things like PTA meetings and bake sales. Following our son’s autism diagnosis and prognosis, I worried endlessly about his future. I worried every day about how tomorrow would unfold. The weight of so many unknowns was palpable.

As our son’s aggression, anxiety and sensory issues worsened and interfered hourly with his quality of life, my worries early on about giving up “normal” seemed petty and ignorant. As I watched him so often crippled by his fear and pained by his senses, the only thing that mattered was helping him through every anxious moment and holding on to the happy moments that were so far and few between.

During the harder days when he was without services, without mental health care and without proper education, I didn’t have enough energy to think about tomorrow or 10 years from now. I was spent just trying to keep everyone in our house safe from one minute to the next, including our son who would self-injure as well as aggress towards his siblings and me.

With his anxiety taking over, the hope of him attending a regular school in a special ed classroom started slipping away. I was no longer obsessed with him mainstreaming or “fixing” his delays; that was the least of our problems. When he shook, screamed and got sick when we all tried to go on a bus for a special outing, I knew he probably would never ride the bus even if he could attend public school. During the weeks he couldn’t even leave the house without incident or if sensory overload affected him for days, I would have fully embraced my son going willingly on a bus (whatever size) to a school that could accommodate him. 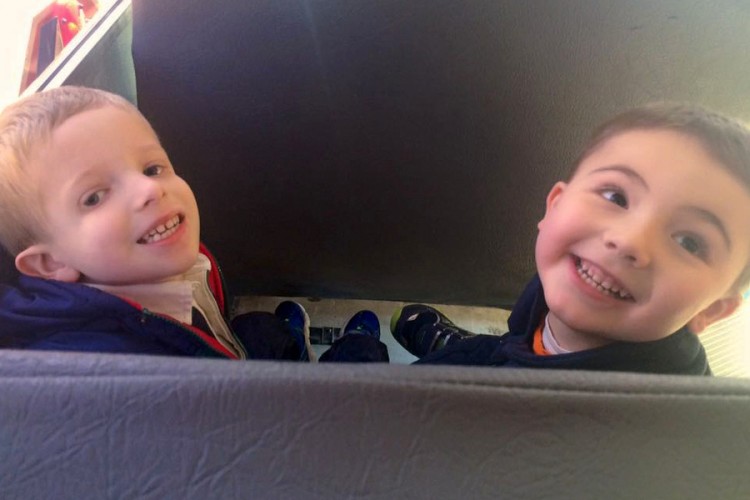 So today when he rode the “short bus” for the first time on a class field trip, I had tears in my eyes and hope in my heart. He looked back at me about a 100 times to make sure I was sitting in the seat behind him, but he smiled and got a thrill when the bus accelerated. Guiding him onto the bus and asking him to sit next to him was a little boy who has taken to him since the start of the year. As the teacher explained all that was to come, my son started rocking and his friend grabbed his hand. I watched them walk together in the hallway and heard this sweet boy tell him the bus wouldn’t be so scary. As we pulled away from the school, he told my son he could cover his ears when we got to our destination if it was too loud. 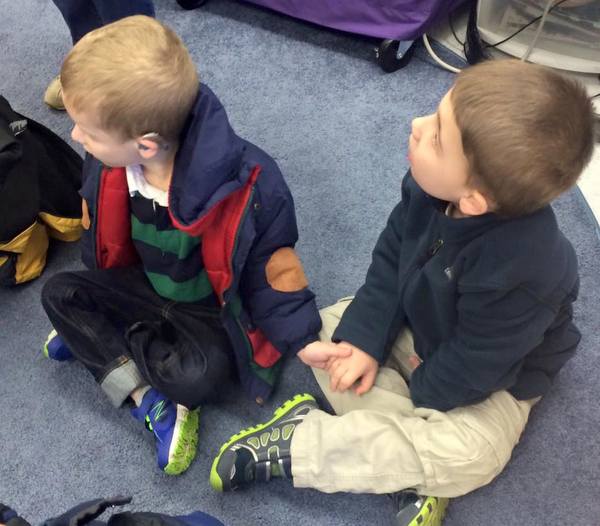 I couldn’t ask for a better friend for him. A friend who is so accepting and aware of the issues my son faces. A friend who has Treacher-Collins syndrome and partial deafness and has overcome so much already in his own young life. The other children talked to my son, too. The boy who sat across the aisle from them called for my boy by name to look out his window at the Christmas lights we were passing. There was a time when I was so leery of special ed classes and the “short bus,” but now I see a safe space where my son is not judged. He is not only accepted; he is liked. He has friends.

One of his other friends could not go today due to a seizure and hospital stay. So, yes, you come to a point where you are not only OK with your child riding the “short bus,” you are ecstatic that he can and did. Right now seeing him happy and healthy and growing and learning is everything I could ask for, and anything else is just noise. We have hard days. But today was a good day. Today he rode the “short bus,” and it was perfect.

Follow this journey on From the Bowels of Motherhood.

The Mighty is asking the following: What’s one thing people might not know about your experience with disability and/or disease, and what would you say to teach them? If you’d like to participate, please send a blog post to [email protected] Please include a photo for the piece, a photo of yourself and 1-2 sentence bio. Check out our Submit a Story page for more about our submission guidelines.

Share
or  Copy Link
Link copied to clipboard.
Be first
472