When Your Own Anxiety Disappoints Your Child

I don’t always want to talk about difficulties. I don’t believe it’s beneficial to focus on negatives constantly. But I also believe we live in a society that attributes powerlessness and weakness to vulnerability, and I would like to dismiss that myth.

One of the biggest challenges I face as an adult on the spectrum lies within the realm of my parenting duties. Not so much the act of parenting itself so to speak, but more so living up to my children’s expectations in regards to what society says a parent is supposed to look like.

I have tried, with what I believe to be an enormous amount of effort, to instill certain beliefs in my children, one of which is that everybody is different, including parents. I think they understand to a degree, but I do believe there remains a frame outside their general understanding they have yet to reach.

The reason I say this is because in as much as I believe they truly love me as I am, I also believe sometimes my differences frighten them. I’m not talking about the kind of fear that comes with aliens or monsters. I’m talking about the kind of fear that comes with feeling alone and uncertain. I don’t think they know how to say it, but I can see it in their eyes sometimes. It’s a feeling that I am all too familiar with. The times when they should be able to believe, beyond the shadow of doubt, that they can lean on me aren’t always as simple as they should be.

Parents — as a general rule in story books, television and mainstream society — are deemed fearless. Unafraid with an infinite amount of bravery. And even during the times when they don’t have these traits, they still pretend to.

But what if a parent was afraid? What if, in addition, they were completely incapable of hiding their fear? What happens then? Well, let me tell you.

My 14-year-old is an athlete. She is exceptionally talented, witty, intelligent and wise beyond her years. She is my compass in most social situations when I feel uncertain. I am eternally grateful to have been blessed with such an amazing kid. She has been playing with the same soccer team for about six years now. It is a top level that participates in many out-of-state events that require travel and frequent overnight hotel stays. It’s probably one of her favorite things about the team. She has a fancy for all things, well, fancy. I’ll add in here that this type of fancy also happens to be my least favorite part of the whole experience.

I have severe anxiety when it comes to changes in routine, leaving home, not sleeping in my bed, hotels and bugs. I have up until this point forced myself to submit to these trips. Taking down myself and everyone around me in the process between the pressure and the punishment for not being able to handle it. I have tried to make adjustments: car-pooling, sharing rooms, sending her up with teammates, canceling at the last minute and even just trekking it alone with her while putting myself in a compromised state physically and emotionally.

The reality is this the amount of anxiety traveling creates for me is overwhelming. If I can’t go and come home the same day, I can’t go. It’s as simple as that. I have accepted that this is a part of who I am. Not that I have succumb to the fears and refuse to overcome them. This is different. This is the way my brain is wired, and rather than attempt to change something biologically certain in my DNA, I have decided to work towards a more attainable goal of working around it.

This weekend we are set to play in Jersey. Initially, I booked a room and invited a friend to come along for moral support. Then I checked the reviews, which had multiple reports of, uhm, bugs. Reservations canceled. I researched other hotels but found nothing. I made the decision that we will go and come home both days. She gets to play, and I feel safe. It’s all about compromise, right?

Well, sitting across from my daughter at the dinner table as I broke the news proved to say otherwise. If I said she was pissed, it would be an understatement.

Part of me was angry. How could she not be more considerate of my feelings? Hadn’t I raised her better than that? Of course I had, but this was one of those things I spoke of earlier: The things that lie outside of her understanding.

She gets that I am afraid of certain things. She understands. But beyond that lies the extent of my fears and anxiety and the emotional and physical repercussions over having to withstand these anxieties under extreme pressure in the situations that I am expected to perform. She doesn’t know what goes on inside my head. Her comprehension is only as big as her own life experience. And besides, kids shouldn’t have to understand certain things, right? It’s our job as parents to shelter and protect them.

But everything about our life as a family says different.

My children have been exposed to some harsh realities kids twice their age are unaware of yet. I am conflicted over the way it has affected/will affect them. I like to think they are attuned to the world and better prepared for the cold than most. But also, maybe they are missing blissful ignorance that comes with childhood. I don’t really know. Sitting across from her when I broke the news, which I felt was completely rational, it was evident we were not in agreement. She was angry, but underneath that anger I could see disappointment. Disappointment in my ability to measure up.

“Why couldn’t I just deal with it?” was what she seemed to say.

Even further beyond her disappointment, I could see that she resented me for making her feel like she was alone. My fears, my differences and my overall inability to be like the other parents alienates her. I tried to remind her of the times we went away and I was a panicked mess. It just didn’t seem to resonate on a level of understanding I needed it to. 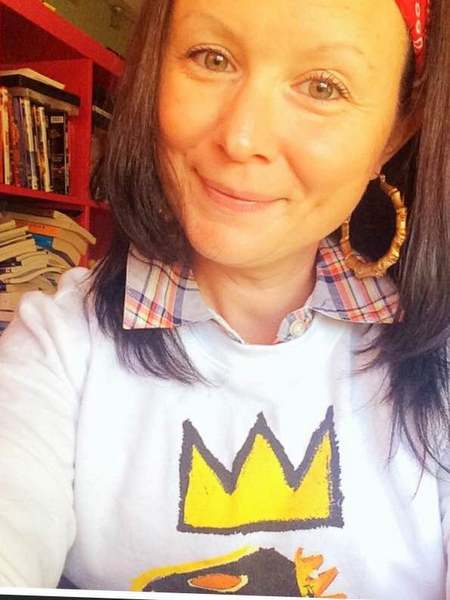 I have lost more than a week’s sleep feeling anxious, scared, sad and guilty. I don’t want my children to ever have to carry my weight, but at the same time, I want them to be understanding human beings aware that in every person there are differences. And they should, in the best way they know how, honor and respect these differences. I don’t think people should ever compromise their health or well-being, be it physical or mental for the sake of fitting in, looking normal or to keep someone happy, especially a part of one’s family. I would never want my children to do that, and I can’t teach them to honor themselves and be honest about their feelings if I myself am not.

Part of me is happy she still sometimes thinks like a selfish kid, and that I haven’t forced her to grow up too fast. As she does get older, though, my hope is that my vulnerability and honesty will enable her to understand better and be more likely to deal with the world easier because of her direct exposure to all things uncertain. Parents are afraid, too. We are human just like them. The only difference lies in our direct experience with the world and what we have learned firsthand to be true.

So what happens when a kid finds out their parent is afraid? The kid learns what it means to be honest and doing so sees that it doesn’t make them any less of a person. The power lies inside that truth.

I don’t think anyone has this parenting thing down perfect. I do consider myself lucky to have been blessed with great kids. They may not get it all the time, but they get it. And that’s more than I can say for most grown adults today. I like to think I had a hand in that. Until next time, stay weird.

Follow this journey on Awkward Is Awesome. A View From the Spectrum.

Share
or  Copy Link
Link copied to clipboard.
Be first
247