What a Panic Attack Looks Like, According to Stock Photos

What does it looks like when someone’s having a panic attack?

According to stock photos and Google searches, it looks like this: 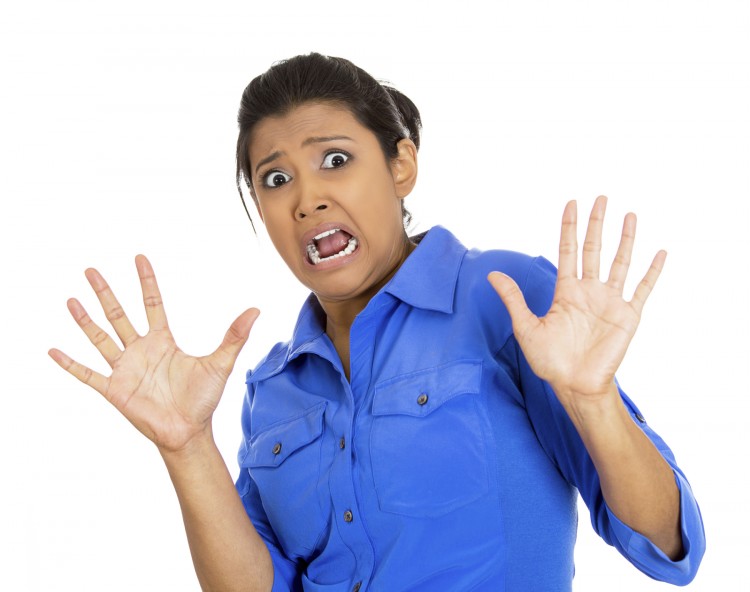 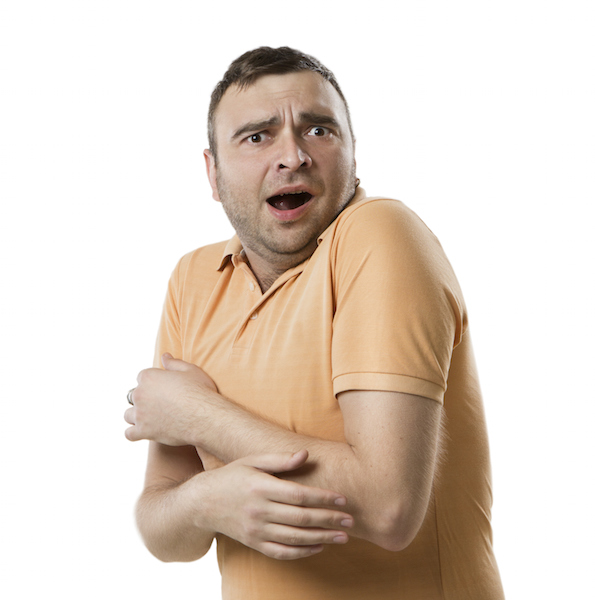 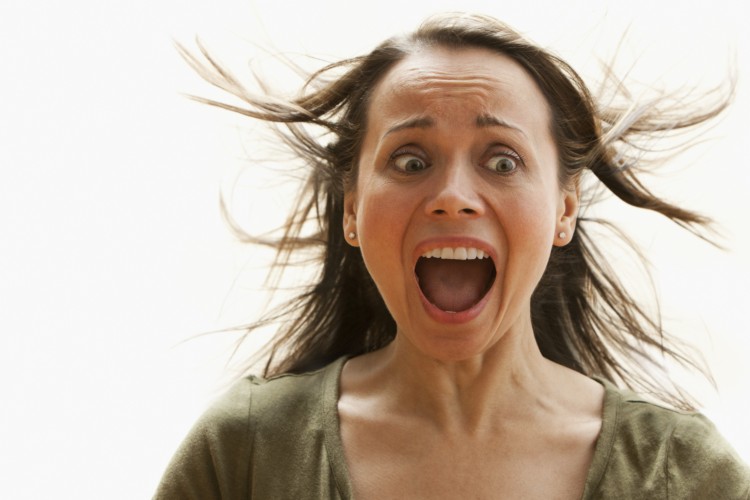 But for people who experience panic attacks, the reality is much quieter than the animated response we might image when we hear the word “panic.”

To see how these images differed from the real deal, we sent some “stereotypical panic attack” pictures to Dr. Reid Wilson, who works at the Anxiety Disorders Treatment Center in North Carolina. He laughed.

“The pictures aren’t really that bad,” he told The Mighty. “Because that’s what it feels like on the inside.” 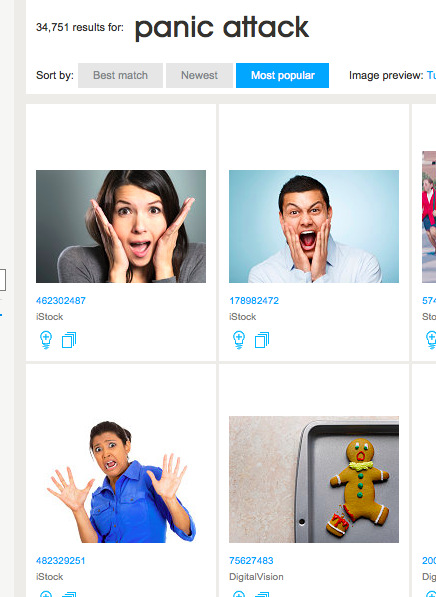 He said experiencing a panic attack is an absolutely terrifying experience, but unless you were checking someone’s vital signs, you probably wouldn’t know it was happening from the outside — especially because people who experience panic attacks tend to escape the scene, trying to get themselves to a safer space.

A panic attack isn’t just “freaking out,” nor does it look like you’ve just entered a haunted house. According to the Anxiety and Depression Association of America, many of the symptoms of panic disorder mimic those of heart disease, thyroid problems, breathing disorders and other illnesses. Because of this, many people who experience panic attacks end up in the emergency room. According to Dr. Wilson, it’s not uncommon for people with panic disorder to have a misdiagnosed heart condition, and vise-versa.

Many people experience panic attacks but don’t understand what’s going on or just assume they’re having a “freak out.” Some assume you need a “trigger,” like an accident, to experience subsequent feelings of panic, but that’s not always the case. Therefore, understanding the realities of panic disorder can help a person realize he or she should seek help.

Dispelling myths about panic attacks is also important so those who experience them feel comfortable opening up instead of shutting down. According to Dr. Wilson, a secondary problem is the pressure to “act normal” while you’re having a panic attack, especially if it’s happening in a public place.

“When we talk more openly and frequently about panic attacks, people will be more likely to share with others what’s going on, which could take some of the stress off them,” he said.

The less we rely on stereotypes about panic attacks — and all mental illnesses — the less people live with these conditions will feel like they have to suffer in silence. Just because someone you know isn’t flailing and gasping doesn’t mean you shouldn’t take their panic attack seriously. The more you know, the more you can help others or yourself get the right treatment when its time.