4 Things I Hope My Autism Inspires You to Do

The last two years of my life have been a journey toward both self-discovery and self-advocacy as I have slowly stepped out of the shadows. I am continually gaining the comfort and confidence to add my voice to the valuable discussion about autism in our communities.

Venturing out has afforded me the opportunity to share my personal story of being diagnosed with autism spectrum disorder as an adult. I was 36 when I was diagnosed. I had a family and a career, and although I continue to have my share of silent struggles, I have for the most part been able to experience some success in navigating the world of autism as an adult. As a result, one of the most common comments I receive from others is fairly common among people with disabilities. “You’re such an inspiration.”

Since officially becoming a part of the autism community, I have become more aware of the potential problem with statements such as these. It is sometimes difficult to feel inspirational for others when you’re simply living your life. Going public with my autism diagnosis shouldn’t necessarily make me a hero; after all, I’m the same guy you knew before December 2014 when I received my diagnosis.

On the other hand, I am a pastor and with that profession comes the responsibility and drive to inspire people to something greater. I often tell my congregation that a good way to be better is to not only focus on what we want to overcome, but on who we want to become. So while I have to wrestle with my new “normal” that my Aprils will be filled with well-meaning supporters who will message me about how inspired they are by my courage and transparency, I also know that my role in many ways is to inspire our society to become better. With that being said, I want to share four ways that I would like my life and my story to inspire you to not just applaud what I have seemed to overcome, but also discover who and what you can become.

Since being diagnosed with autism spectrum disorder, I’ve learned a lot about myself, but even more importantly, I have learned a lot about why I knew nothing about myself for so many years. Since being diagnosed, I have been confronted with stereotypes about autism, stereotypes that I believe are the reason why so many other adults, minorities, and young girls go undiagnosed.

Autism has received a lot of attention in the last decade, but there are still millions of people who don’t know nearly enough about autism and how it affects people. I should know; I was one of those people. Until I was diagnosed, most people I had a personal relationship with knew very little about autism.

Autism awareness is important, but I would like to inspire you to an awareness that doesn’t simply acknowledge the existence of autism, but instead seeks knowledge about autism. Autism is a spectrum; so many people are affected in different ways. Educate yourself about autism by asking questions from people who are really living with autism. Autism awareness should be about expanding people’s exposure to the life of autistic people. That can’t be done with statistics; it can only be done with stories.

My line of work makes me somewhat of a public figure. One of the primary reasons I disclosed my diagnosis to my entire church and community was my belief that my platform as a pastor should be used to help the community learn how to embrace all types of diversity. Neurodiversity is the concept that neurological differences should be recognized and respected as any other human variation. Simply put, the autistic mind works differently than a “neurotypical” mind, but the differences should not be used as an opportunity to assume any level of deficiency. If my life is to be an inspiration to you, let it inspire you to be more accepting of those who think, process, and live differently than you. Accepting autistic people includes accepting all of what makes them who they are. In a world that struggles with intolerance and indifference, my hope is that you will realize that to make a difference, you have to be willing to be different. Autistic minds are very different, but when given the right opportunity we can make a huge difference in the world — for the better.

I was once told to never allow my life to be defined by either the applause of my fans or the attacks of my critics. It’s one of the most profound pieces of advice I’ve ever received. As a pastor, I acknowledge those who applaud me, and I take careful consideration to those who attack me, but I am motivated most by those who advocate with me. Nothing communicates my ability to inspire you more than the creation of another voice that becomes a champion for the cause for which I myself am committed. Real inspiration happens when you move from merely being an admirer to being an advocate. Advocate not because I need a voice to speak for me, but because my voice has inspired you to join with me and so many other voices speaking on behalf of the autism community.

Autism awareness is a great start. But if you really want to be inspired by my life, be active and not reactive. Being actively involved in the autism community starts by finding meaningful ways to engage in May when Autism Awareness Month is over. From May to March, be active and stay active.

Three ways to actively engage in the issues facing the autism community are policies, programs, and platforms.

Find out which state, local, national, and insurance policy issues most affect the autism community and make your voice count as an advocate for those on the spectrum. Join or create programs at the local and national level to assist and provide support for autism spectrum individuals and families. Finally, use your platform to educate, empower, and encourage change.  Everyone has a platform that they can use to do as much as possible to make an impact. You can’t do everything, but you can do something.

If you really want to be inspired by my story of perseverance, hope, and courage, that’s OK. But don’t just be inspired by what I have overcome, be inspired to help our society focus on what it should become. Let’s do this together. Let’s change the world. 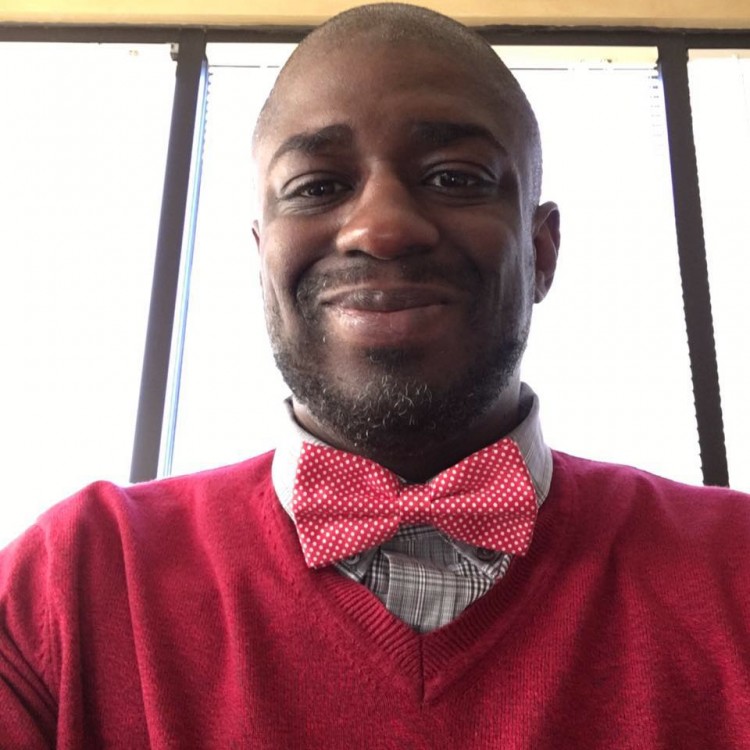 The Mighty is asking the following: Tell us about a time someone in your community went above and beyond (or did the exact opposite) for you or your loved one with special needs. If you’d like to participate, please send a blog post to [email protected] Please include a photo for the piece, a photo of yourself and 1-2 sentence bio. Check out our Submit a Story page for more about our submission guidelines.