The Child in the Gorilla Enclosure Could Have Been Mine

By now I’m sure you’ve seen at least some portion of the video taken during the event at the Cincinnati Zoo this past weekend. A boy climbed into the gorilla enclosure, and zoo staff ultimately shot and killed the gorilla before rescuing the boy. The whole situation is tragic.

The video coverage of this incident shook me. Hard.

It is so easy for kids to slip away, especially in big public places like zoos and amusement parks. When my family and I visited the Omaha Zoo when I was a child, I fell in love with the bats on display in the “bat cave.” We spent a lot of time in the dark, man-made cavern. Toward the end of the exhibit lived the vampire bats. I stood before them, totally transfixed by the adorable little bats. After a moment, I turned to say something to my mother — and she was gone. I walked out of the cave and dissolved into a puddle of tears when my family wasn’t waiting for me outside. I sat down on the bench near the cave, sobbing, asking people if they’d seen my mom and grandparents.

Luckily it only took a minute for my mom to notice I wasn’t behind her, and I heard her reassuring voice again.

It only took a minute.

I’ve also experienced the terror of losing my own child in a public place. Shortly after my middle and youngest stepchildren came to live with us, we took them to the Walking with Dinosaurs Exhibition. The first thing they wanted to do was jump around in the event’s bounce house, so we let them have at it while we stood in the parents’ waiting area. When their time was up, the two younger kids came out right away. We waited for the oldest to come… and waited… and waited… until we realized she wasn’t coming. She’d gotten away from the bouncy house and started wandering around. I panicked; I couldn’t believe it. I thought she was safe because I thought I knew where she was, and suddenly my daughter was missing.

It only took a minute for her to disappear.

Thankfully, these moments were just close calls in our family, but they very well could have ended in tragedy, which is why I feel so much empathy for the mom in this video.

When I watched this nightmare unfold on YouTube, I actually teared up hearing her call out to her son. “Mommy’s right here!” she yelled. “Stay calm!” I heard the hysteria she tried to conceal in her voice, and my heart ached for her, especially when I acknowledged that one of my kids could easily have done something like this.

I figured most people discussing the story would feel the same way, but man, was I wrong.

There are some comments supporting the parents, reminding the world that kids can be remarkably adept at sneaking off, but to me the vast majority of comments I’ve seen on sites reporting this event have been disgraceful and awful. People are verbally attacking this mother whose child almost died. They’re even attacking the child!

I assumed all the judgment came from non-parents, but even parents are joining in the fray, throwing out assumptions that the mom was on her phone or otherwise inattentive. But this doesn’t seem to be a case of a negligent parent. An eyewitness publicly posted her version of events on Facebook, and it sounds as though this mother of multiple children was using “the pocket system” to keep track of her son when she turned from him for a brief moment. If the eyewitness account is true, the mom quickly reacted when her son’s hand left her back pocket. She called for him several times, but he was hidden by the bushes on the edges of the gorilla’s habitat.

Some media outlets report that the child announced his intentions to breach the fence to his mother before he embarked on his terrifying adventure, but we don’t know if it’s true and we certainly don’t know how she responded. The eyewitness writes in her statement, “None of us actually thought he’d go over the nearly 15 foot drop, but he was crawling so fast through the bushes before myself or my husband could grab him, he went over!”

Perhaps the mother told him “no” and warned him of the dangers big gorillas pose to little boys, or maybe she laughed it off, assuming the obstacles separating the animals and spectators would be impossible for her son to navigate. But she clearly couldn’t have predicted her son would be so bold as to actually succeed in his quest to meet the gorillas.

One of the hardest things I run into while parenting my children with attachment disorders is getting them to listen to me when they doubt my ability to take care of them and keep them safe. This doubt is deeply ingrained in them because they experienced hunger, danger, sadness, anger and fear due to the failings of trusted adults during the years when they were developing their personal paradigms. Their early-childhood traumatic experiences prevented them from building a world-view in which big people could be trusted to think rationally and help them when in need. Instead, they learned to be suspicious of adults in charge of them.

So, when we have to set normal, healthy boundaries to keep them safe, they tend to completely ignore our prohibitions and just do what they want anyway, regardless of our warnings and the looming consequences promised should they choose to misbehave. Sometimes they wait for opportunity to knock, but other times they do forbidden things right in front of us, sometimes even daring to look us in the eye as if to challenge us.

My kids with trauma histories act recklessly and have no impulse control when confronted with something they really want, so I have absolutely no trouble putting myself into that mom’s shoes. I have no doubt that if one of them were at the Cincinnati Zoo and decided to go swimming with the gorillas, none of my nay-saying or predictions of death would have convinced either of my stepchildren to stay put. The likelihood they’d take advantage of the slightest distraction to make a beeline for the enclosure is incredibly high, especially with Little. I can almost see this happening.

I’m not suggesting the little boy in the video has attachment or other mental health conditions, but he might. We don’t know because we weren’t there. And it really doesn’t matter if the boy is “neurotypical” or not. Even the most well-behaved, mentally healthy kid will test his parents’ limits from time to time.

This could have happened to any parent. Any of us could have been standing in that woman’s place, watching helplessly as an animal with unpredictable behavior attempted to “protect” our child from the hysterical human beings screaming down into the enclosure. Any of us.

To those who continue to insist it could never happen to you, I sincerely hope you’re right. I hope you and your children never find yourselves in a situation where your child is in danger because you turned away from him for a brief moment to tend to something else. And if it ever does happen to you, I hope your story won’t be high-profile, and you won’t be subjected to people like you attacking your parenting skills and blaming you for your child’s injuries when you’re already in distress. Such attacks are not only pointless and tremendously unhelpful, I feel they’re hateful. And no one — not even those castigating this poor family — deserves such treatment in the face of a near-miss such as this. 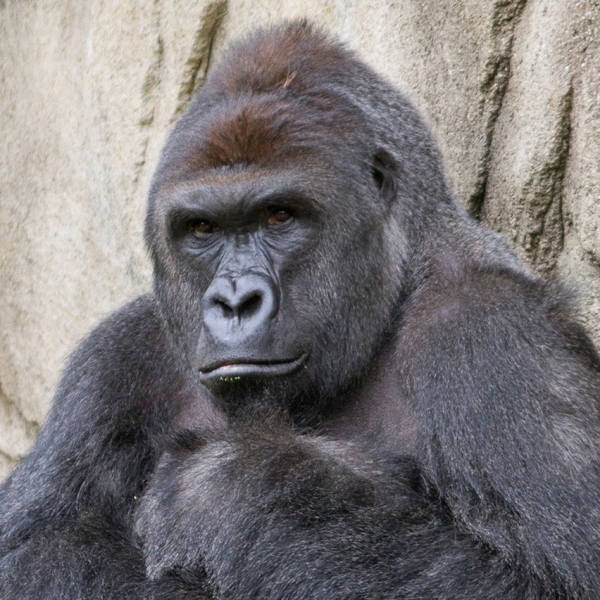