This was the message my partner and I were told when we attended our prenatal class in anticipation of our baby boy being born soon. The rest of the class had gone well up until that point, and it had been lovely to talk to the other parents in the room and prepare ourselves for our little one’s arrival.

This response from the midwife running the group, though, hit me like a ton a bricks for one very important reason — she had referred to formula feeding as a “choice.” In my situation it isn’t a choice at all.

A couple of months into my pregnancy, my rheumatoid arthritis began to flare again and continued to worsen. While I did my best to manage the flare without medication, it became clear that both my welfare and that of my unborn son were being put in serious danger. I had fluid building up around my heart and lungs, my blood vessels were becoming damaged from the extent of inflammation, and my joints were deforming. My body was also showing signs of premature labor, which could result in either a very premature baby or stillbirth. All in all, medication became a necessity. While I could take medication that wouldn’t put my baby at risk, it would leave me unable to breastfeed. When the risks and benefits were weighed up there was really no choice but to sacrifice breastfeeding as an option in order to treat the rheumatoid arthritis and keep me and the baby safe.

I felt terrible that my autoimmunity had taken from me a part of motherhood that I had wanted to do. I felt guilty that my son would miss out on breastfeeding because my body insists on attacking itself. Being told during the class that “breast is best” and that formula feeding wouldn’t even be discussed cut through me like a knife. It made me feel like a failure as a parent before my baby is even born.

However, what truly made me angry was that the reason formula feeding would not be discussed was because it was supposedly a choice. I can’t imagine that I am the only mom out there who will be or who has been unable to breastfeed due to a disability or chronic health condition. Labeling formula feeding as a choice ignores those of us who will go down this path due to factors beyond our control. By refusing to cover information on this topic, my partner and I were left less prepared for the arrival of our son, and that’s not OK.

Moms who start the parenthood journey with a physical or mental health condition are already in a tough situation. We should not be made to feel worse or have information withheld from us because our circumstances are different from the mainstream. It would have made such a difference to my experience of the prenatal class if the midwife could have simply acknowledged that breastfeeding is not always a choice and been willing to answer a few questions on formula feeding.

I do sincerely hope my experience isn’t reflective of what others have been through. To anyone working with an expectant mom, please don’t ever assume she has all options available to her with regards to feeding her child. Please be supportive and acknowledge that due to a range of reasons, formula feeding may not be a choice but rather a necessity.

The Mighty is asking the following:  Tell us about a stranger’s comment about your (or a loved one’s) disability, disease or mental illness that has stuck with you for one reason or another. Why has it remained significant to you? Check out our Submit a Story page for more about our submission guidelines. 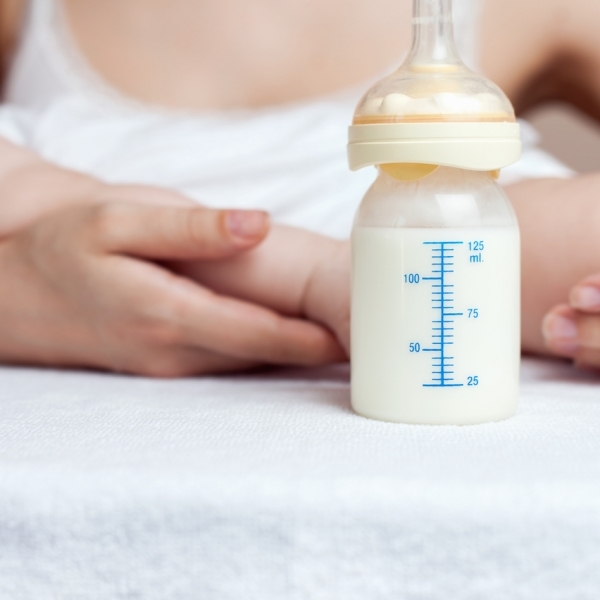